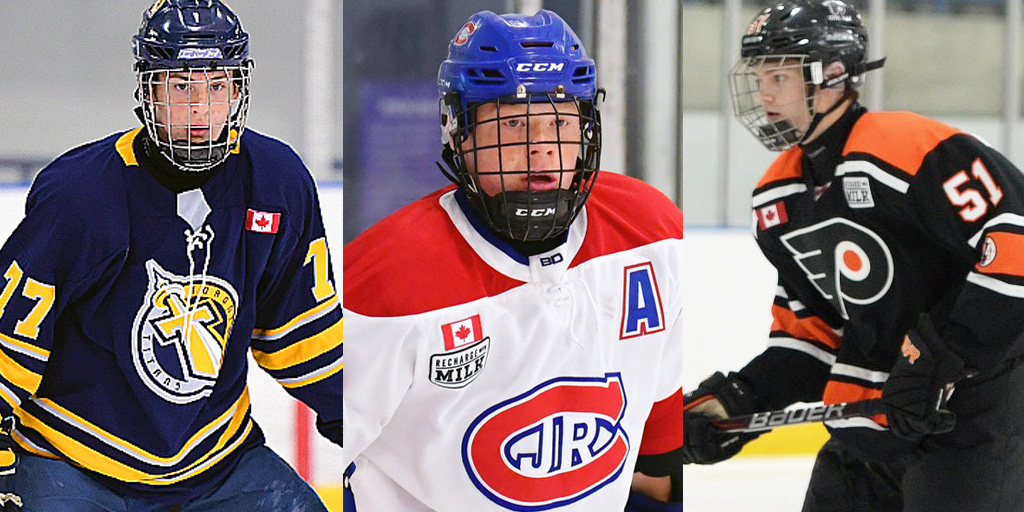 The Greater Toronto Hockey League had 20 alumni featured in the 2022 NHL Entry Draft held at the Bell Centre in Montreal on July 7-8.

Former Don Mills Flyers forward Shane Wright led the way at fourth overall, selected by the Seattle Kraken in the first round. Paul Ludwinski (Toronto Marlboros) and Luca Del Bel Belluz (Toronto Red Wings) heard their names in the second round by the Chicago Blackhawks and Columbus Blue Jackets respectively.

The third round boasted the most from the GTHL with a total of five alumni getting selected, starting with Ty Nelson at 68th overall by the Kraken, through to Nick Moldenhauer at 95th overall by the Toronto Maple Leafs.

Seven GTHL clubs were featured through the draft’s seven rounds, with the Toronto Marlboros at the top of the list with six, followed by the Don Mills Flyers with four. The Toronto Jr. Canadiens and the Toronto Titans each saw three players selected, while the Toronto Red Wings (two), Mississauga Rebels (one), and the Vaughan Kings (one) were also represented.

By position, 13 forwards, six defensemen, and one goaltender made up the GTHL pool.