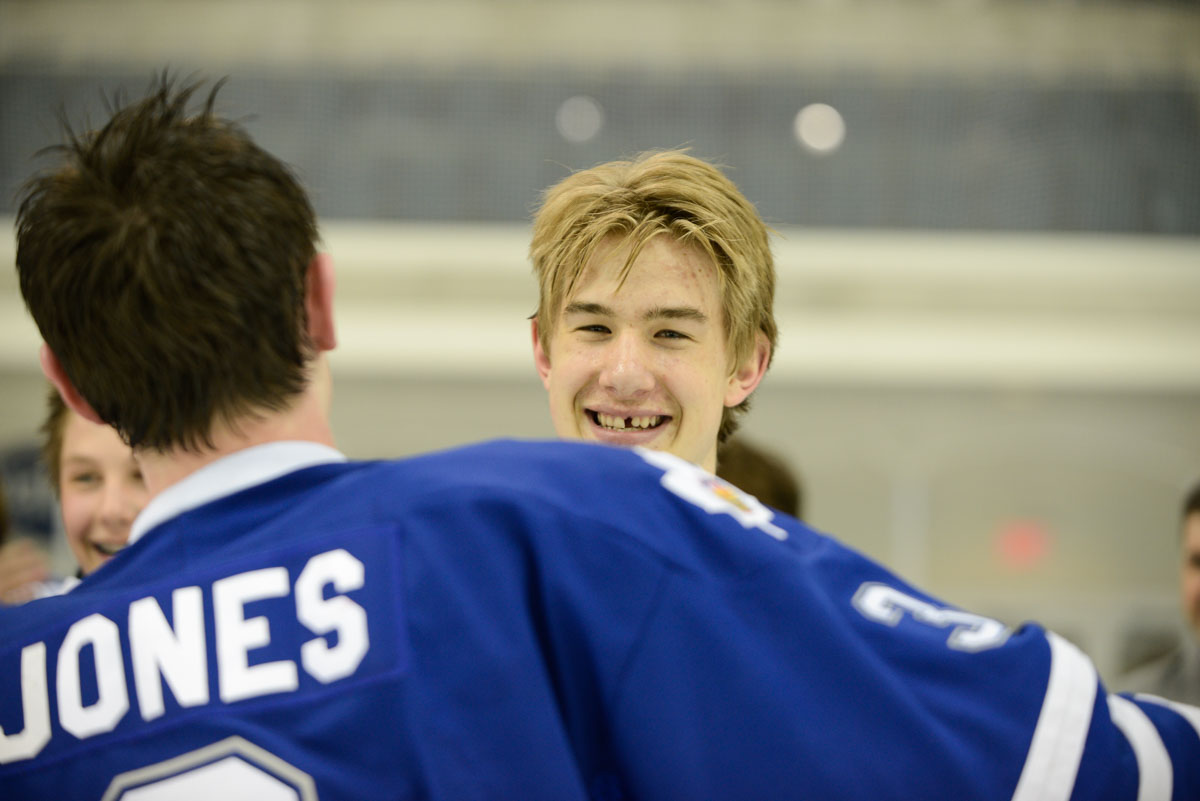 PHOTO: Ryan McLeod and Ben Jones celebrate after winning the 2015 OHL Cup. Both players will represent Canada at the 2015 World Under-17 Hockey Challenge. (ERIN RILEY)

Eleven GTHL graduates are among the 66 young men selected to represent Canada at the 2015 World Under-17 Hockey Challenge from Oct. 30 to Nov. 7 in Dawson Creek and Fort St. John, B.C. The players will be named to one of three teams – Canada Black, Canada Red and Canada White – before the puck drops at the end of the month.

They will be joined by two members of the 2015 OHL Cup finalist Don Mills Flyers – captain Brett Neumann and David Levin, the No. 1 overall selection in last year’s OHL draft.

“It’s an exciting step for these players to represent their country for the first time, and we have a very talented group who will certainly give the fans in Dawson Creek and Fort St. John a lot to cheer about,” said Shawn Bullock, senior manager of hockey operations and men’s national teams for Hockey Canada.

“We’re happy with the depth we’re seeing with the under-17 group; it bodes well for the future of our program as these players look to progress through our system to the under-18 and junior programs.”

In addition to the three Canadian teams, the event features the Czech Republic, Finland, Russia, Sweden, and the United States.

The gold medal game is Saturday, Nov. 7 in Dawson Creek at 9:30 p.m. ET and will be shown nationally on TSN and RDS.

One semi-final (from Dawson Creek) and the bronze medal game also will be televised nationally. All other tournament games, including the semi-final game in Fort St. John, will be available via live webcast (www.hockeycanada.ca/wu17).