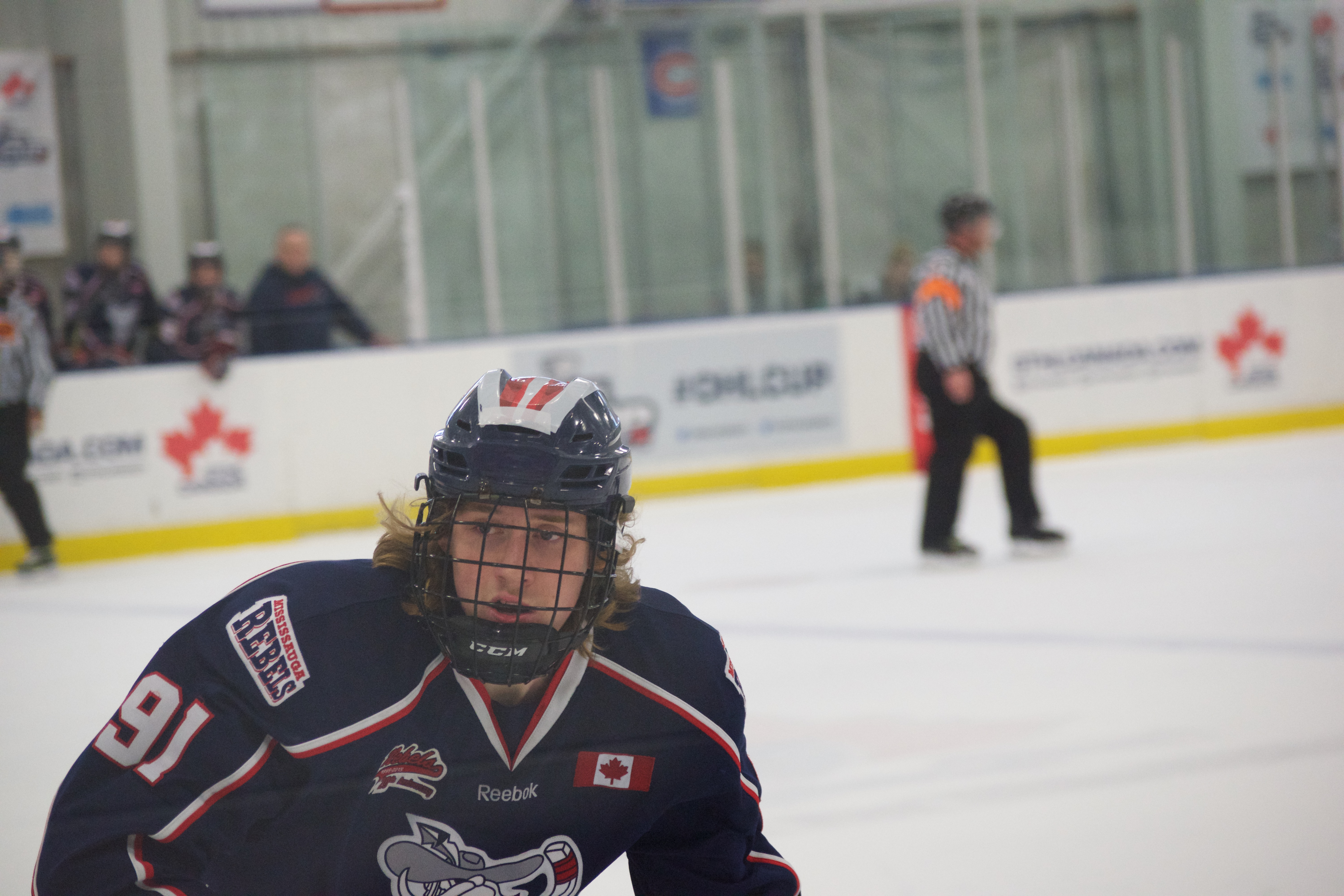 Toronto Red Wings 3, Waterloo Wolves 1
It took just over 30 minutes, but the Toronto Red Wings finally solved the Windsor Jr. Spitfires as Matthew Hayami’s first of the night broke the seal, leading to two more for a natural hat-trick in a 3-1 victory.
Read more

Mississauga Senators 2, York Simcoe Express 2
A 2-2 final saw Axel Mierczuk and Max Golod score under two minutes apart to put the Mississauga Senators in the lead, one that would slip away on Ian MacLean’s tying goal with five minutes to go in the third period.
Read more

The regular-season champion Toronto Marlboros (1-1-0, 2 points) rank third in the Nash Division. They face Team NOHA (2-1-0, 4 points), who rank second in the division, and TPH Thunder (0-2-1, 1 point) in their remaining contests.

The wild card entry Mississauga Senators (1-1-1, 3 points) sit in third place in the Subban Division, just ahead of the Toronto Red Wings (1-1-0, 2 points). The two clubs open tomorrow’s slate of games in a head-to-head matchup at 8:00 a.m., before the Red Wings wrap up their round-robin schedule against the Kingston Jr. Frontenacs (0-1-2, 2 points).

The postseason finalist Mississauga Rebels (2-0-0, 4 points) and wild card Don Mills Flyers (2-1-0, 4 points) hold the top two spots in the Shanahan Division. The Rebels play twice tomorrow, against the London Jr. Knights at 9:45 a.m. and then in an all-GTHL matchup versus the Flyers at 4:45 p.m.

Toronto Marlboros 3, Team NOHA 1
The Toronto Marlboros had plenty of time to reflect on Wednesday’s 2-1 loss to the Quinte Red Devils and responded with a 3-1 win over Team NOHA early Friday as Danil Antropov and Kevin Bahl had multi-point performances.
Read more

Kingston Jr. Frontenacs 6, Toronto Red Wings 5 (OT)
Despite not hoisting a trophy, the Greater Kingston Jr. Frontenacs are one of few teams that can say they won their final game together. Mathieu Halle set up Brett Humberstone in the slot for the winning goal 27 seconds into overtime as the Fronts defeated the Toronto Red Wings 6-5. The bittersweet win sees the Red Wings advance to an OHL Cup Quarter-Final matchup on Saturday with a 2-2-0 record while Kingston goes home after a 1-1-2 showing at the 2016 OHL Cup.
Read more

Toronto Marlboros 7, TPH Thunder 3
Justin Pringle led the way with a hat-trick while Michael Little pitched in with a goal and two assists as the Toronto Marlboros wrapped up a 2-0 Friday with a 7-3 victory over TPH Hockey.
Read more

Don Mills Flyers 4, Mississauga Rebels 2
The Don Mills Flyers were a mixed bag throughout the OHL Cup showcase, scoring 12 goals through their first two games before being silenced by the Barrie Jr. Colts in a 4-0 loss on Thursday. The black and orange came through when it mattered most on Friday though, defeating the Mississauga Rebels 4-2 to secure a spot in the OHL Cup Quarter-Finals.
Read more

Semifinal 2 – Toronto Marlboros 6, Toronto Jr. Canadiens 0
The Toronto Marlboros entered the third period with a 1-0 lead but quickly pulled away as quick goals from Danil Antropov and Allan McShane opened the floodgates in a 6-0 victory.
Read more