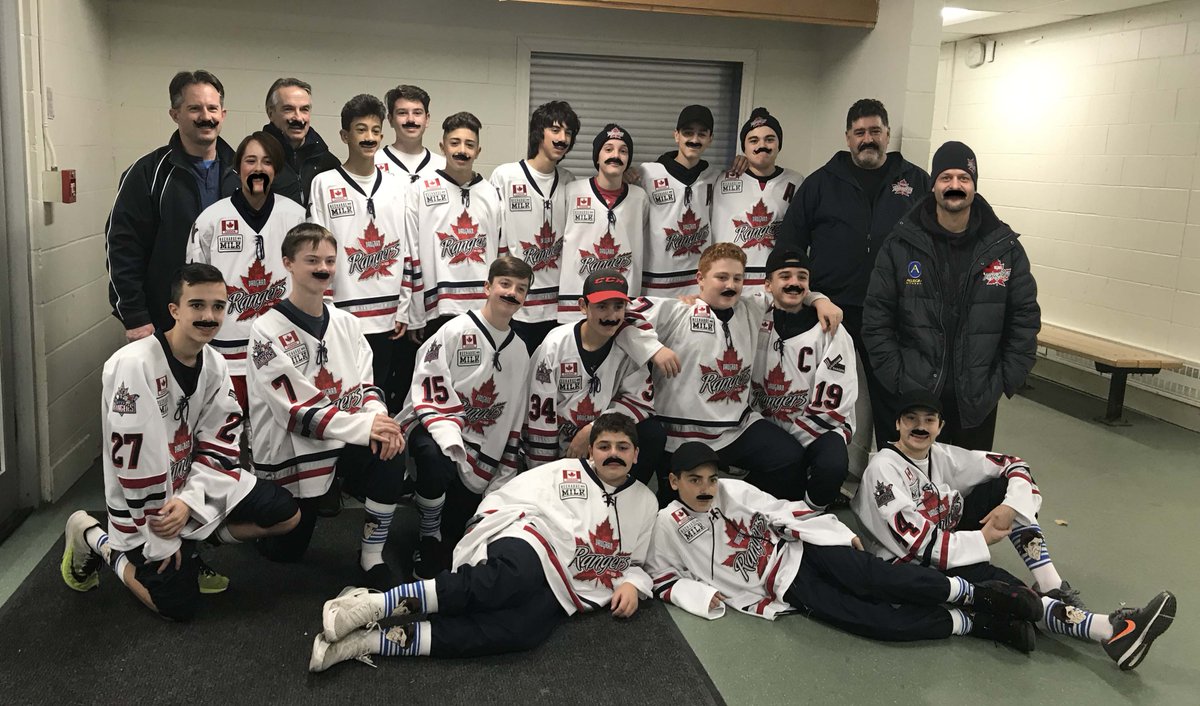 Ahead of the Game Fever
November 18, 2018
GTHL Community mental fitness

They may not be able to grow facial hair just yet, but the Minor Bantam “A” Vaughan Rangers are participating in Movember the GTHL way. The Rangers are one of over 80 teams who have signed up to take part in the second annual Ahead of the Game campaign. Teams from around the League are encouraged to sell Movember themed Babsocks to raise money for both their team and mental health initiatives in the GTHL. The team that sells the most will win a once-in-a-lifetime team practice with Leafs Head Coach Mike Babcock

“I think my team was motivated to sell these socks because we can’t grow mustaches yet, so this is another visible way to promote Movember,” said Rangers player Jameson Lee. “We are all very fortunate to be healthy enough to play a sport like hockey so we feel the need to give back and this is a good opportunity to do that.”

The GTHL has Ahead of the Game fever! Click the link in our bio to learn more. #gthl #iplayintheg #nyhl #mhl #hockey #minorhockey #babsocks #movember #fundraising #Toronto

The Rangers, like many GTHL teams, have taken to selling the socks to family, at school, and to friends. Some teams have taken to malls and arenas to get the message across and to increase their chances at the ultimate prize. For the Rangers, the campaign is about more than just the prizing. The campaign has been a good opportunity for the team to raise awareness for mental health.

“Our team believes that character comes before hockey. Babsocks is a great fundraiser that raises awareness to the Movember movement for men’s health issues,” explained Peter Angiolella from the Minor Bantam squad.