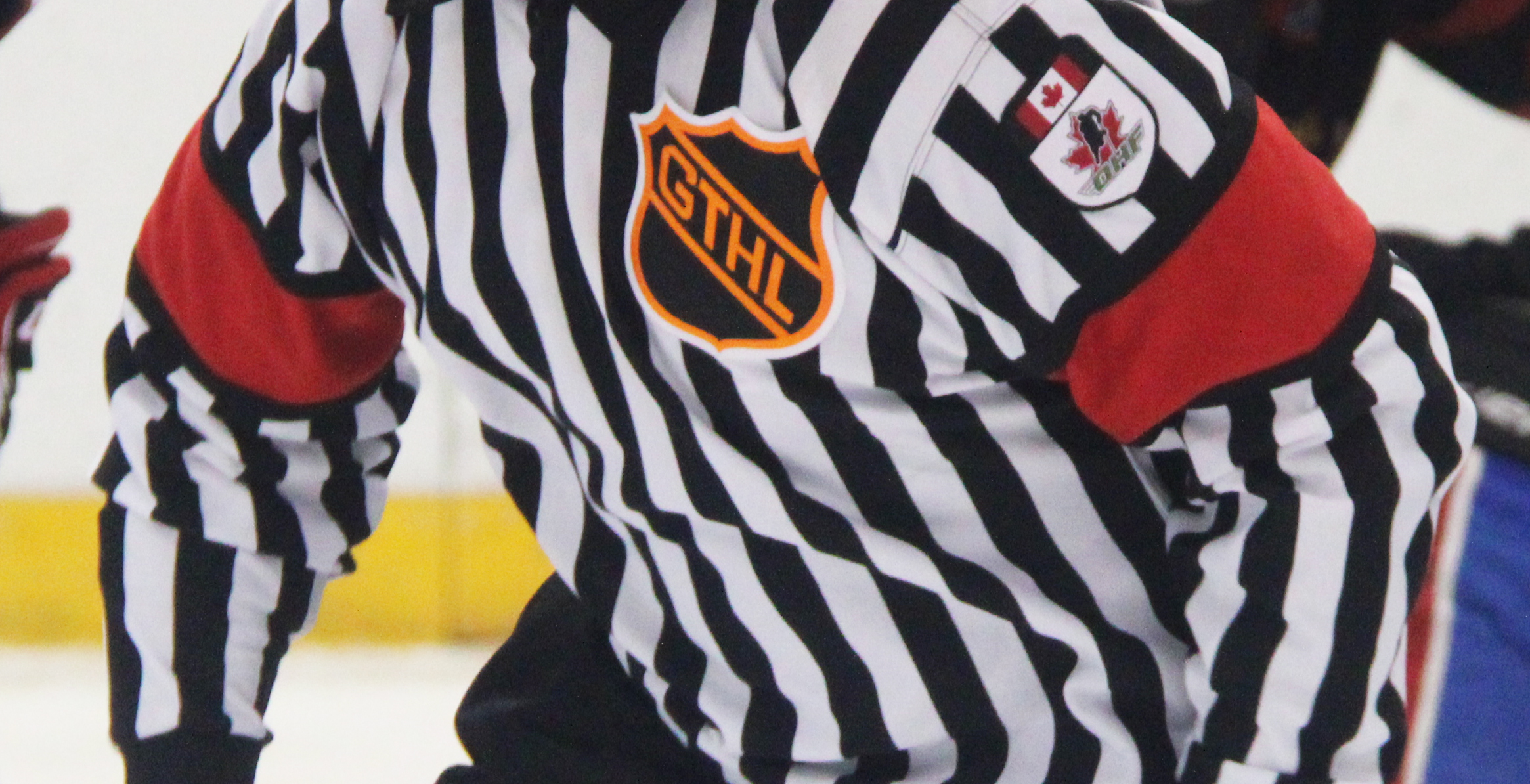 For one Greater Toronto Hockey League official, the path to a career in law mirrors the time he spends on the ice.

Jordan Jacobs is currently travelling Europe, enjoying a gap-year before making the jump to law school at the University of Ottawa come September. This past season, following a break from the ice throughout university, Jacobs decided to put on the stripes once again after originally taking up officiating in high school.

“I can’t really tell people why,” Jacobs, who attained his Bachelor of Science from Laurier University, said when asked about the motivation to pursue a career in law. “I just want to learn more about it. It seems like it would be an interesting profession – it always keeps me on my toes, keeps me busy, and It’s different every day depending on what you’re working on.”

The former Vaughan Ranger recognizes a lot of those elements from his time spent as an official.

“I see so many resemblances – the most common one is obviously the rules,” Jacobs shared. “Without going to law school yet and going off what I think I know, there are a lot of parallels there in terms of having to know the rules and the laws, and then having to use them to your advantage and apply them to different scenarios.”

Jacobs grew up playing hockey, introduced to the game by his dad as early as one possibly could be. In high school, Jacobs added a branch to his hockey career with the role of an official starting at the house league level.

“I have no idea how I started, but it was fun and I enjoyed it – I knew I wanted to keep doing it,” Jacobs recalled.

The love for the role has seen Jacobs introduce and recruit many others to wear the black and white stripes, including his sister, Sydney.

“She played Select and ‘A’ level hockey [in the GTHL] until she was about 13 and then moved on to ‘A’ and ‘AA’ hockey in [the OWHA] — she started by watching me play and wanting to copy her big brother,” Jacobs laughed, fairly adding that if the two were to be compared at the same age, Sydney would likely have the upper hand as the better player. “I remember telling her that she needed to start officiating because one, it’s great money, and that she would enjoy it.”

“A lot of people have told me she’s a very good official – her supervisors and others in the rink – she’s pretty good at it,’ Jacobs offered.

In a returned favour, Sydney would be the inspiration for Jacobs to get back into officiating this past season following his post-secondary break.

“I was working a full-time job and I saw my sister officiating, and on the weekends, I was just so bored – I figured I might as well get back into it and then it snowballed from there,” Jacobs explained. “I was eventually on the ice four to five days a week. I just love being on the ice, skating, and being a part of the game – especially when I’m being paid to be there.”

Jacobs took the 2021-22 season as a way to strive for progress – and it didn’t come without its challenges.

“My aspirations were a lot larger because I had never done competitive hockey but I’m older now and I have the experience, I felt I could make the jump,” Jacobs said, adding that the rulebook – reading and learning it – was always the easy part for him. “It was getting the positioning down – as you move up levels, it becomes different with the change of pace – and then getting the confidence that comes with it, you need to assert yourself a lot more.”

For Jacobs, however, the challenges have never outweighed the draw of being a part of the game.

“It’s just so much fun to be out on the ice and to see the game through another lens,” he shared, adding that officiating is a great income for high school and university students as well. “When you’re playing hockey or even coaching, you’re seeing it from one perspective. But when you’re an official, you have to get rid of every bias you have and just have to think about the game and officiate from a completely neutral perspective.”

“People forget officials are a part of the game also, and I just tell them, once you start, you’re going to realize that it’s not what you think it is.”

Beyond his message for those considering officiating, Jacobs hopes coaches and spectators do their part, too.

“When I used to play, I used to yell so much at the refs and as soon as I started officiating, I stopped – I just realized all it does is make it worse,” Jacobs said. “People need to realize the officials are human and they’re going to make mistakes, and two, it’s not going to help your case yelling at them.”

“Just remember that the person on the other end is human just like you and they’re trying their best. They aren’t out there to make you have a bad time, they’re out there just to do their best and officiate a fair game.”