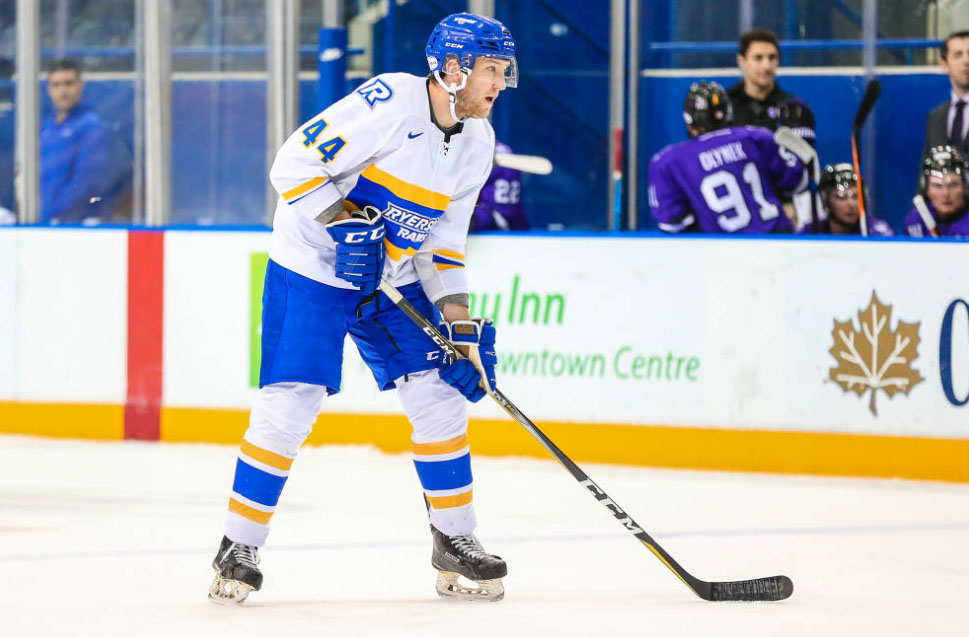 Alex D'Addese
Coach of the Month, Presented by the Coaches Site: Andrew Mullen
January 19, 2019
coach of the month development

“I’ve only worked with Andrew for four months and my skills have improved a lot,” explained Justin Stanfield, a player on the Young Bruins squad. “I’ve now played hockey for five years and he is one of the most influential coach I have ever had.”

Stanfield’s teammate Mattis Laford agrees that Mullen’s knowledge of the game has been invaluable to the development of the team. He’s also thankful that Mullen takes time out of his busy schedule to step behind the bench for the Bruins.

“Coach Andrew is an amazing coach because he shows us new drills in practice and gives us tips on how to improve our game,” said Laford. “He is a student at Ryerson University and also plays hockey for the Ryerson Rams varsity team so we are really lucky he coaches us too.”

As a former Young Bruin himself, Mullen has reveled in the chance to give back to the GTHL community, enjoying his time spent with the players as they develop their game.

“What I like most about coaching is the interactions with the kids. At that young age they are developing so rapidly that it is really enjoyable to watch them improve before your eyes,” said Andrew.
“It’s also really rewarding to teach them the game I have enjoyed and played my whole life and watch them develop their passion for the game.”

Accompanying the glowing reviews of his on-ice approach, Mullen’s team emphasizes he is the complete package of what makes a great coach.

“He gets us pumped up before are hockey games and plays cool music. He could be doing something else but he wants to help us all get better and that’s what we love about him.”

Andrew has been named Coach of the Month for January. He will be awarded with a prize pack courtesy of the Coaches Site. Click here to nominate your coach now