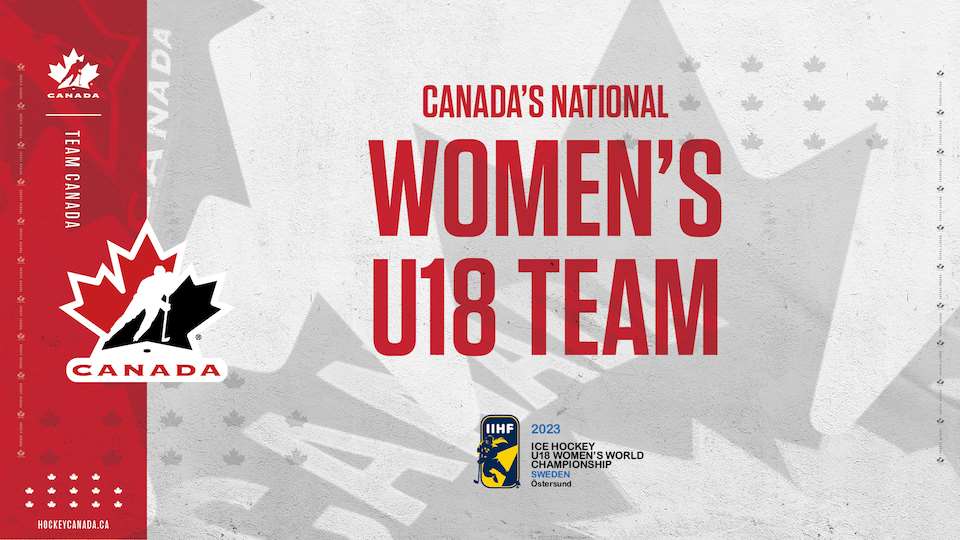 CALGARY, Alta. – Hockey Canada has announced the 23 players who will wear the Maple Leaf with Canada’s National Women’s Under-18 Team at the 2023 IIHF U18 Women’s World Championship, scheduled for January 8-15 in Östersund, Sweden. Of the 23 players, four are alumni of the Greater Toronto Hockey League: Charlotte Pieckenhagen, Mackenzie Alexander, Piper Grober, and Emma Venusio.

“After a competitive camp this summer, we are excited with the group we have put together for the upcoming world championship,” said Kingsbury. “Our coaching staff and scouts have done a tremendous job at identifying the next group of elite athletes who will contribute to our women’s program. The team is motivated and excited for the opportunity to defend gold in Sweden.”

TSN and RDS, the official broadcast partners of Hockey Canada, will broadcast 13 games from Östersund Arena, including the quarterfinals, semifinals and medal games; check local listings for details.