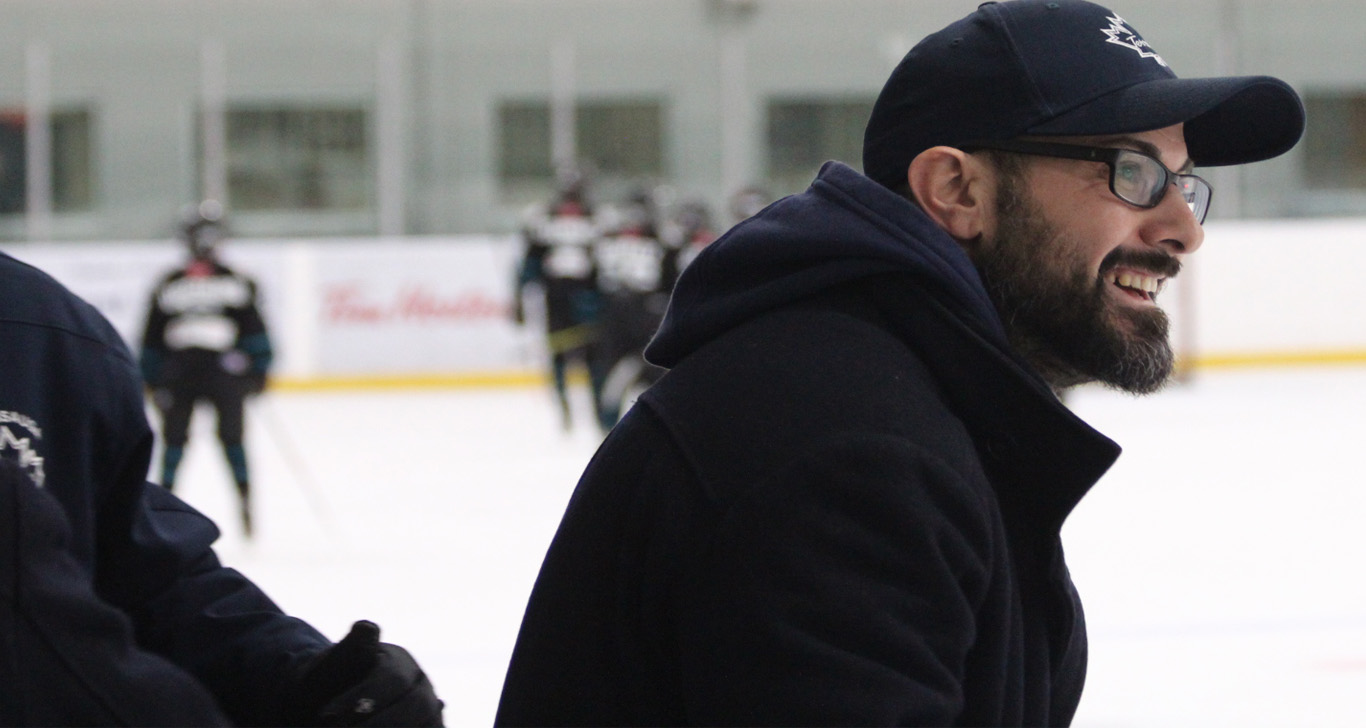 James DeSanto’s most memorable moment as a coach didn’t happen at a game or at practice, and it didn’t involve any one specific player. The U13 Mississauga Terriers coach was instead beaming with pride when he witnessed his Terriers team giving back to the community. This past season, DeSanto’s Terriers became finalists in the Chevrolet Good Deeds Cup after executing a program that introduced 18 new Canadian children to the game of hockey.

“Watching my players interact and teach these young immigrants about a game they love so much was way more rewarding than any trophy or championship we’ve ever won,” explained DeSanto.

The championships are plenty under DeSanto’s direction, many of which could be attributed to some of the unconventional incentives provided to the team at DeSanto’s expense.

“James always challenges his team to achieve certain goals, and when met, the players get to enjoy the fruits of their labours in the form of a coach’s reward,” explained a Terriers parent. “A particularly memorable one resulted in James being duck-taped to a flagpole outside of Iceland Arena by his team. In another challenge, which he lost, James had to shave off his ever-present beard.”

The 11 and 12-year-old players under DeSanto’s direction have grown to admire their coach’s knowledge and love for the game, but most importantly, they enjoy the effort DeSanto puts into making the atmosphere welcoming and fun.

“Coach James has been my coach for the past four years and I’ve enjoyed every minute of it,” said Terriers player Adam Chirrey. “Coach James knows his hockey, but more importantly, he knows how to treat us kids.”

James is the Herb Ebisuzaki Coaching Award winner for 2020. The Award is presented annually to an outstanding minor hockey coach who best exemplifies the true spirit of coaching, including the capability to improve the performance of an individual or team while ensuring each player’s experience is a priority.