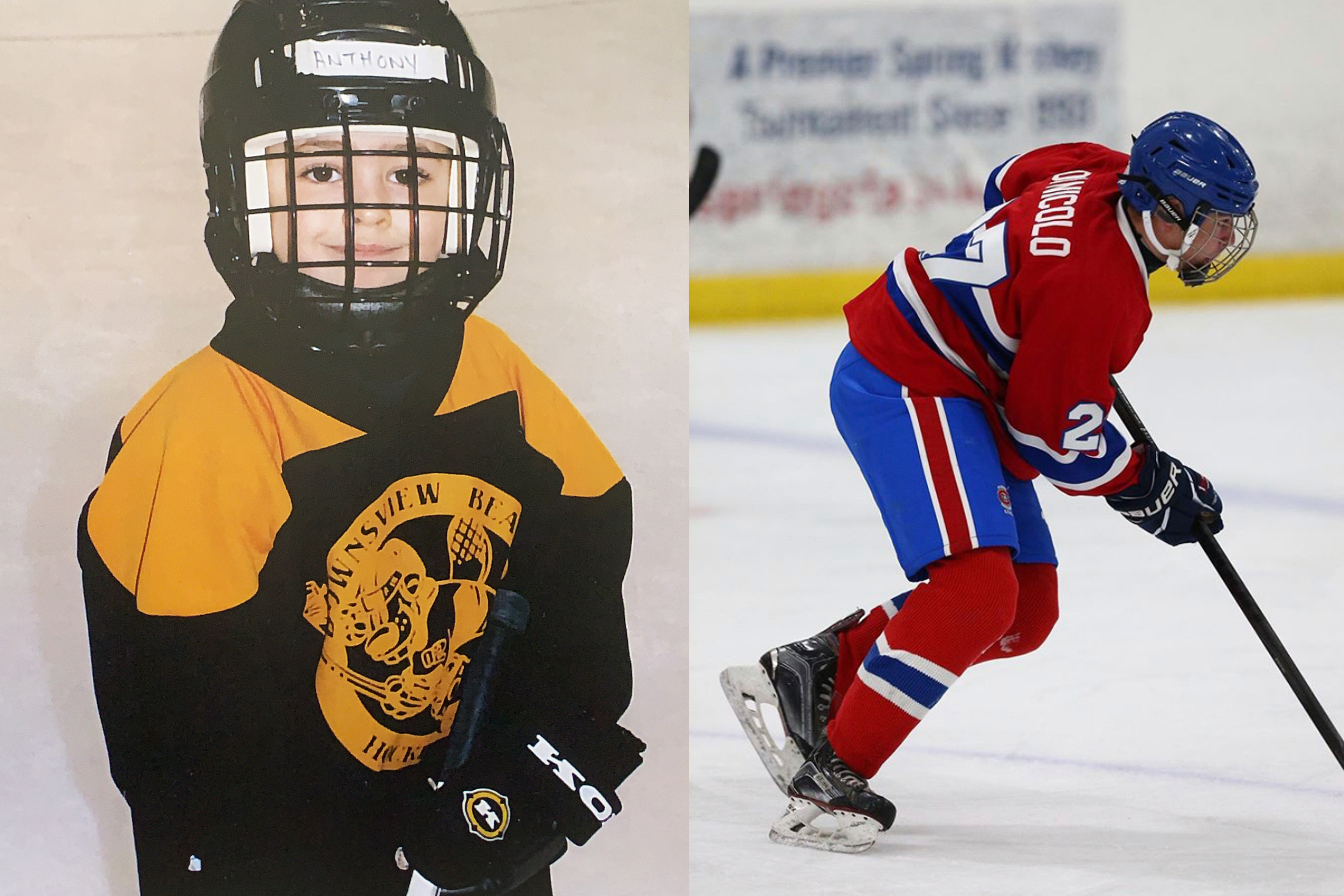 The seconds were counting down on the clock as Anthony Di Nicolo and his Minor Midget “AA” Mississauga Jets team were pushing for a playoff spot. Seconds away from overtime, Anthony still remembers watching the puck cross the blue line to win the game for the Jets.

“The referee points at the net and the buzzer sounds to end the game,” says Anthony, who recalled the moment as his best GTHL memory. “Just like that our playoff hopes were alive again and we had won the game.”

Anthony’s 14 seasons of minor hockey came to an abrupt end due to the cancellation of the 2019-20 season, but he continues to set ambitious goals for himself with plans to attend the University of Toronto or the Schulich School of Business.

“Anthony has never shied away from being involved as a leader in our community,” explained English teacher Michael Da Costa, who stated that Anthony acted as student President in addition to editor of the school newspaper. “In my view, Anthony’s most impressive activity was when he initiated and led a book drive last year. He expertly organized a team of other students to get involved and handled the book drive’s marketing, promotion, and implementation.”

Anthony’s drive led to over 1000 books being collected for Children’s Book Bank – an organization that provides books to children who otherwise not be able to afford them.

“I have learned you can have an impact on the lives of others and I want to be able to positively impact everyone around me,” explained Anthony, who emphasized his desire to contribute to the community once he starts his post-secondary studies. During the next few years, Anthony hopes to finish his undergraduate degree and start law school.

“I have countless personal goals I hope to one day achieve and I hope through all of which I have learned in my life and through hockey, I will be able to.”

Anthony will be awarded with the 2020 J. Norman Midget “AA” Scholarship Award.  The Award recognizes a Midget “AA” player who achieves a high standard of excellence academically and in hockey.