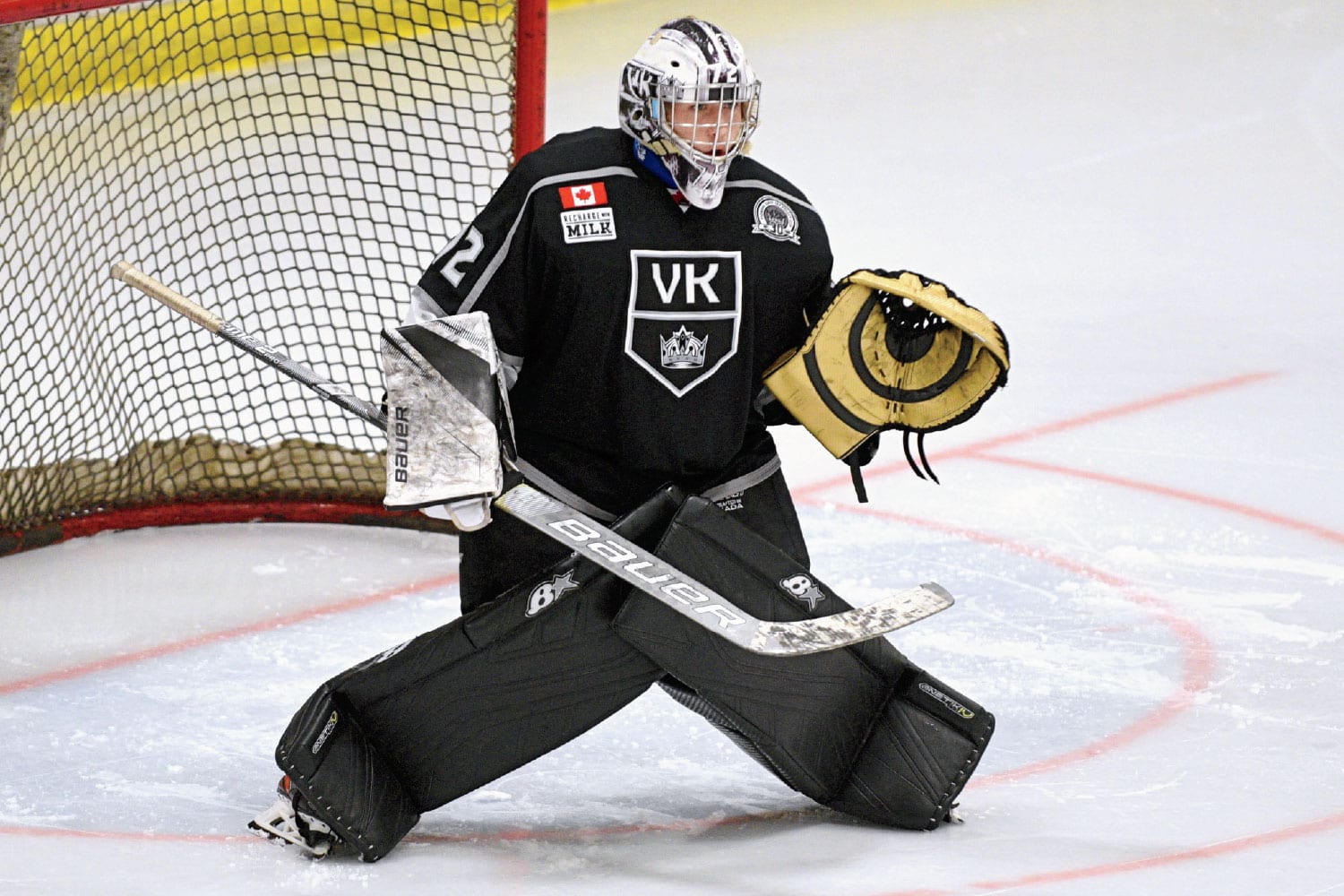 Playing at the “AAA” level and newly drafted to the Peterborough Petes of the OHL, former Vaughan Kings goaltender Mikael Kingo has everything he needs. His focus is now to assist those who are less fortunate than himself.

“Mikael is one of a kind,” explained Mikael’s teacher Rachel Ferreira. “He truly believes hockey is not just a sport, it is a community and there is a charitable aspect which needs to be enhanced by all.”

Mikael’s charitable spirit can be traced back over ten years. At just six-year-old Mikael would make bracelets to sell, donating the money to assist hospital patients. His desire to give became amplified with age as Mikael started to assist with the Angel Project – a not-for-profit organization founded by his Mother focusing on assisting patients in complex care. Through various fundraising initiatives, including an annual hockey tournament organized by Mikael, the Angel Project has raised tens of thousands of dollars in the past year alone.

“Making life for other people better, that’s what I’m trying to do by helping out with the charity,” explained Kingo. “It’s nice to be remembered hopefully as someone who helps out in the community, and hopefully is also good stopping the puck.”

Having built up a decent social media following through his charity efforts, Mikael continues to use his influence to assist others, most recently encouraging people to nominate a goaltender in need. In the end, recipients received a set of new goalie pads courtesy of Mikael.

“I am very fortunate and I have everything I really need,” said Kingo. “I wanted to get back to the goalie community, I know the struggle of how expensive being a goalie can be.”

Mikael’s efforts have not gone unnoticed by the hockey community. In addition to his GTHL accolades, he has been recognized by Scotiabank and the NHL as a community leader and has been featured in the Hockey News. Kingo, who will receive $2000 towards goaltending training, is the second-ever recipient of the honour. The Award was established in 2018 in memory of late Don Mills Flyers goaltender Roy Pejcinovski. The Award is presented annually to recognize a GTHL goaltender who demonstrates extraordinary community service.