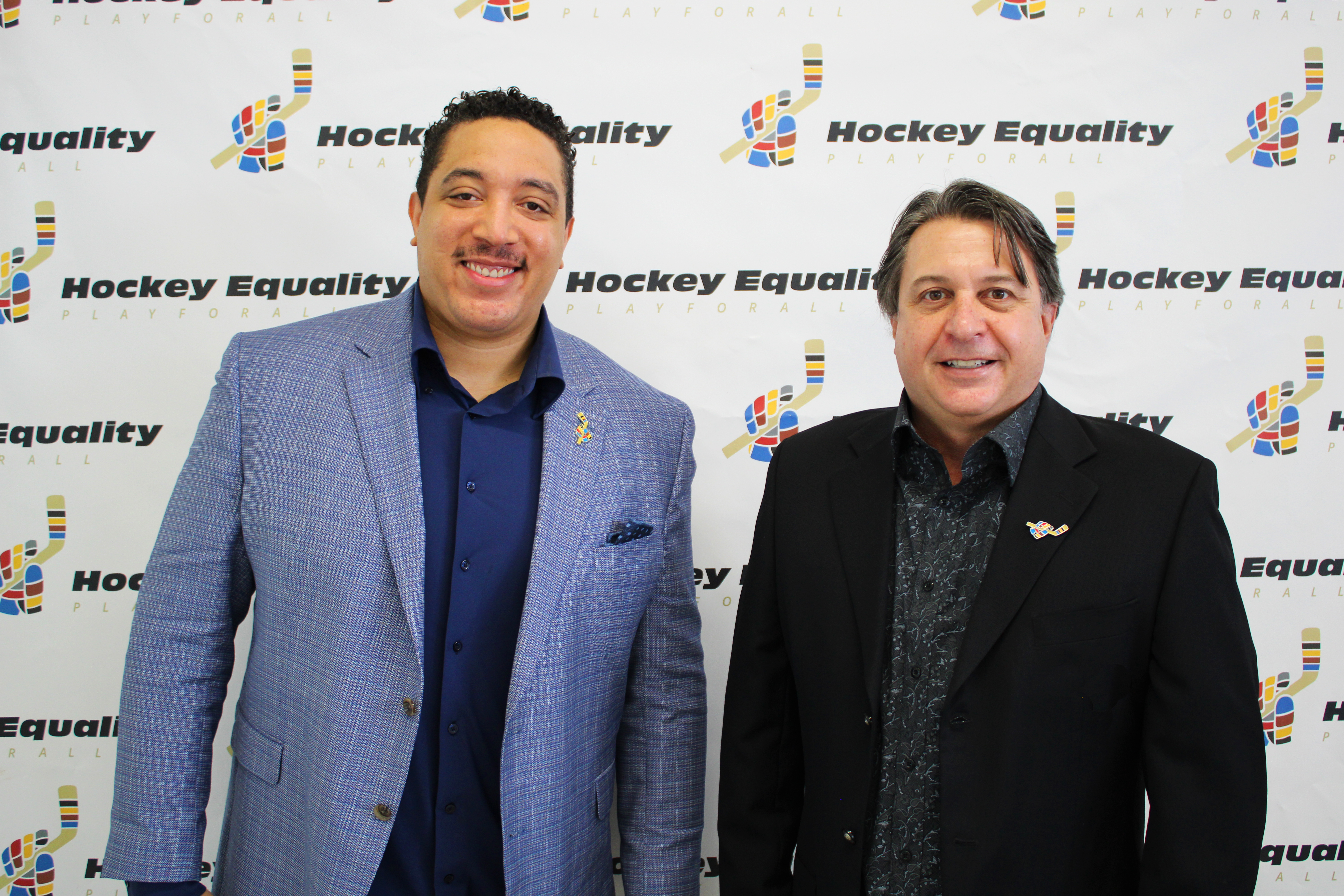 The Greater Toronto Hockey League and Hockey Equality today announced a five-year partnership agreement that will further promote the shared values of working to remove barriers and foster life-long learning through the game of hockey.

Hockey Equality, a charity formed in 2021 and founded by GTHL and NHL alumnus Anthony Stewart, aims to make hockey more inclusive and accessible for all while simultaneously supporting programs that eliminate discrimination in hockey. Working to create sustainable programming designed to support BIPOC, female, LGBTQ2S+, and equity deserving youth is the ultimate goal for Stewart and his team.

In addition to offering their own programs, Hockey Equality brings together a network of existing programs working within their respective communities to provide resources to a larger population of players while maintaining the integrity of a successful outreach model.

The partnership will support the GTHL’s ongoing implementation of its Strategic Plan, which focuses specifically on improving culture, diversity, and inclusion throughout the League and hockey in the Greater Toronto Area. The GTHL anticipates the support available through the recent partnership with Hockey Equality will be welcomed upon implementing the Independent Committee Report on Racism and Discrimination that is set to be released later this month.

Hockey Equality will be able to expand their network, creating additional opportunities to support individuals facing barriers to participation and advancement in hockey, such as financial, racial, cultural, gender, sexual orientation, disability, or religious based.

“Hockey Equality is excited to partner with the GTHL for the next five years. As a proud alumnus of the GTHL, this partnership is especially meaningful to me,” Stewart, Chairman of Hockey Equality, said. “During my time in the GTHL, I faced many barriers that were reduced by the support of members and families within the GTHL community. I look forward to working with the GTHL to continue reducing those barriers for so many more.”

The GTHL recognizes the need to continue to develop meaningful partnerships that will support the League’s ultimate goals and objectives, specifically in growing the game at the youth level by supporting the position that hockey should be available to everyone.

“The GTHL is excited to begin our work with Hockey Equality,” said Scott Oakman, Executive Director and Chief Operating Officer of the GTHL. “The Hockey Equality Board represents the diversity in leadership that is needed to help us all make the changes to better support children and youth entering the game of hockey.”

The partnership will involve collaboration on nine objectives, including: