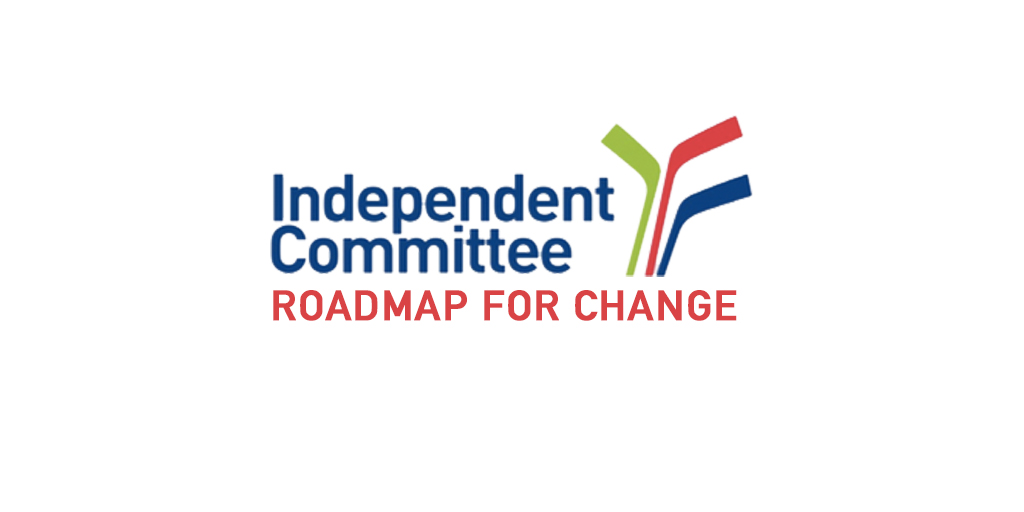 Today the Greater Toronto Hockey League is releasing the Roadmap for Change: The Independent Committee’s review of racism and discrimination in the GTHL, in its entirety.

To view the complete Roadmap for Change: The Independent Committee’s Review of Racism and Discrimination in the Greater Toronto Hockey League report, click here.

The GTHL has been proactively adapting a major shift with Equity, Diversity, and Inclusion matters, spending two years coordinating and executing the “Transition Game” Summit in November 2019 with the purpose of reimagining the culture of minor hockey. The Transition Game gave way to a number of significant efforts throughout the GTHL, including the acknowledgement of the need for an independent and systemic review of the League.

After co-chairs Anastasia Bucsis and Michael Smith were appointed by the GTHL Board of Directors in the summer of 2020, the Committee was formed in December 2020 as a result of an extensive recruitment and interview process by the co-chairs. Bucsis and Smith selected Leigh Felesky, Dr. Nicole Forrester, Andrew Kidd, Justice Harry S. Laforme, and Karl Subban to serve as the Committee Members.

Work for the Committee began in January 2021 with the purpose of examining policies, protocols, and practices of the GTHL as they relate to racism and discrimination within the organization. The Committee also examined the GTHL’s complaint policy and procedure, the League’s educational materials and training, and how the GTHL can further create a safe environment or structure where people can raise concerns. Additionally, the Committee reviewed the history of the GTHL and the leadership structure as it relates to diversity.

Using a number of processes including surveys, a town hall, focus groups, and one-on-one interviews, the Committee isolated the GTHL’s strengths, weaknesses, opportunities, and threats in relation to the League’s ongoing work of progressing towards a more inclusive and safer environment for all.

The Committee found that racism and discrimination do exist in the GTHL and that there is a need to put greater efforts into promoting a culture of acceptance and inclusivity. Simultaneously, participants did perceive that the GTHL is fulfilling its mission of promoting and governing organized minor hockey for youth, and recognized the League’s role in governing hockey rules and regulations, community engagement, training, education, promoting a culture of EDI, and investing and growing the game in the Greater Toronto Area.

The GTHL, overall, was perceived to create a welcoming culture that takes issues of racism and discrimination seriously with education and training programs in place.

The Committee determined that the GTHL is well-positioned to address the issues identified and provided 44 recommendations to support the League in making direct change as it relates to racism and discrimination.

The GTHL has continued its efforts to improve EDI simultaneously while the Independent Committee worked on the Roadmap for Change report and recommendations. The League, striving independently to be a leader in youth sport and minor hockey, has accomplished several new initiatives in the past 24 months, with many others in progress.

The GTHL has begun executing its new Strategic Plan, which aligns with several of the Independent Committee’s recommendations. Some of the progress already made or currently in process includes, but is not limited to:

Founded in 1911, the GTHL is a non-profit organization and the largest minor hockey league in the world. The GTHL registers more than 40,000 annual participants in Markham, Mississauga, Toronto, and Vaughan. The purpose of the GTHL is to govern organized hockey for youth within its jurisdictions, and to foster participation that reflects the cultural demographic of the League’s territory while promoting an environment that is welcoming and inclusive for all participants.