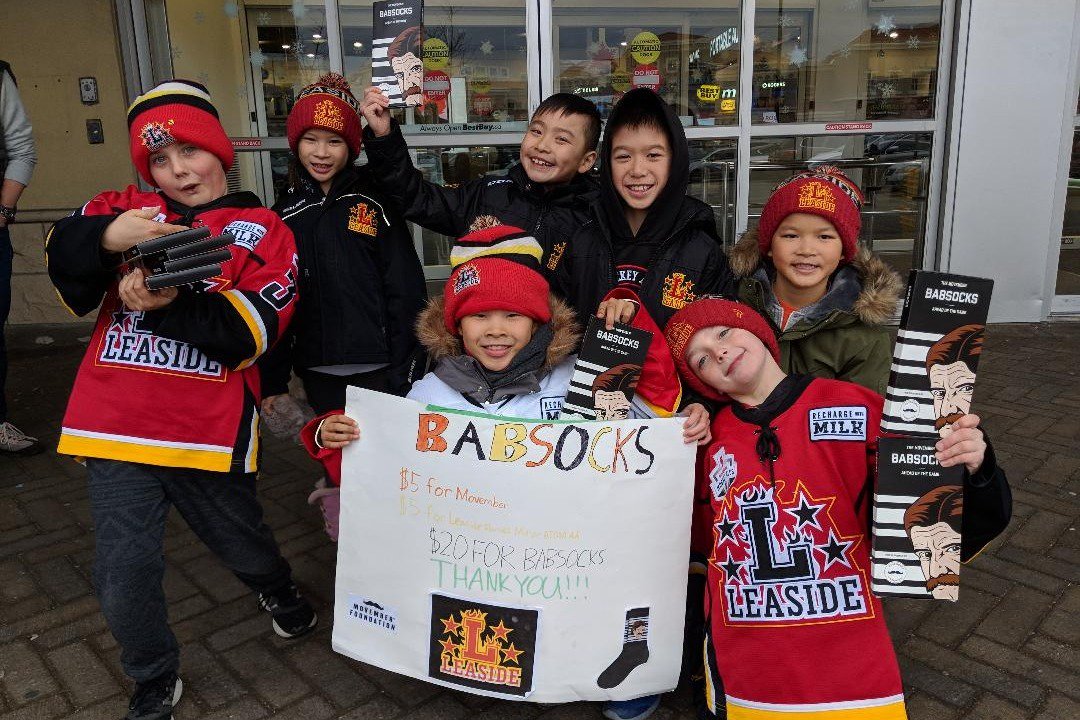 GTHL Teams Raise Over $60,000 for Movember Through Ahead of the Game Campaign
December 3, 2018
mental fitness

With Babsocks in hand, GTHL teams helped to raise over $60,000 for the Movember Foundation as part of the second annual Ahead of the Game campaign. Over 12,000 pairs of Babsocks were sold by teams who were vying for their chance to win a practice with Toronto Maple Leafs Head Coach Mike Babcock.

Selling in malls, outside of Scotiabank Arena, and to friends and family, each team had their own unique sales approach. In the end, the Minor Atom “AA” Leaside Flames were able to outsell the competition, raising over $8,000 for Movember by selling over 1400 pairs of Babsocks. While the Flames reached their goal early on, the team didn’t want to stop fundraising for a good cause.

“For every $20 raised, we will give a pair of Babsocks to the Red Door Family Shelter,” explained Leaside Flames Minor Atom “AA” player Will Steinman. The team also donated their $5 share of each pair sold back to the Movember Foundation.

“The kids are so pumped and feeling very proud of their accomplishments,” said Alanna Cushing, Manager of the Minor Atom “AA” Leaside Flames. “This relatable fundraising program strengthened their on and off ice relationships, as well as provided an opportunity for them to give back to two very important charitable initiatives.”

The top three teams are as follows. The second and third place teams will be awarded a practice with stick-handling specialist Pavel Barber.

The Get Ahead of the Game initiative was launched by the GTHL, Movember and Babsocks in 2017 in an effort to raise awareness about mental health. Each GTHL team was challenged with selling as many pairs of limited edition Movember Babsocks as they could. For every pair sold, $5 was donated to The Movember Foundation to support mental health programming in youth sport.