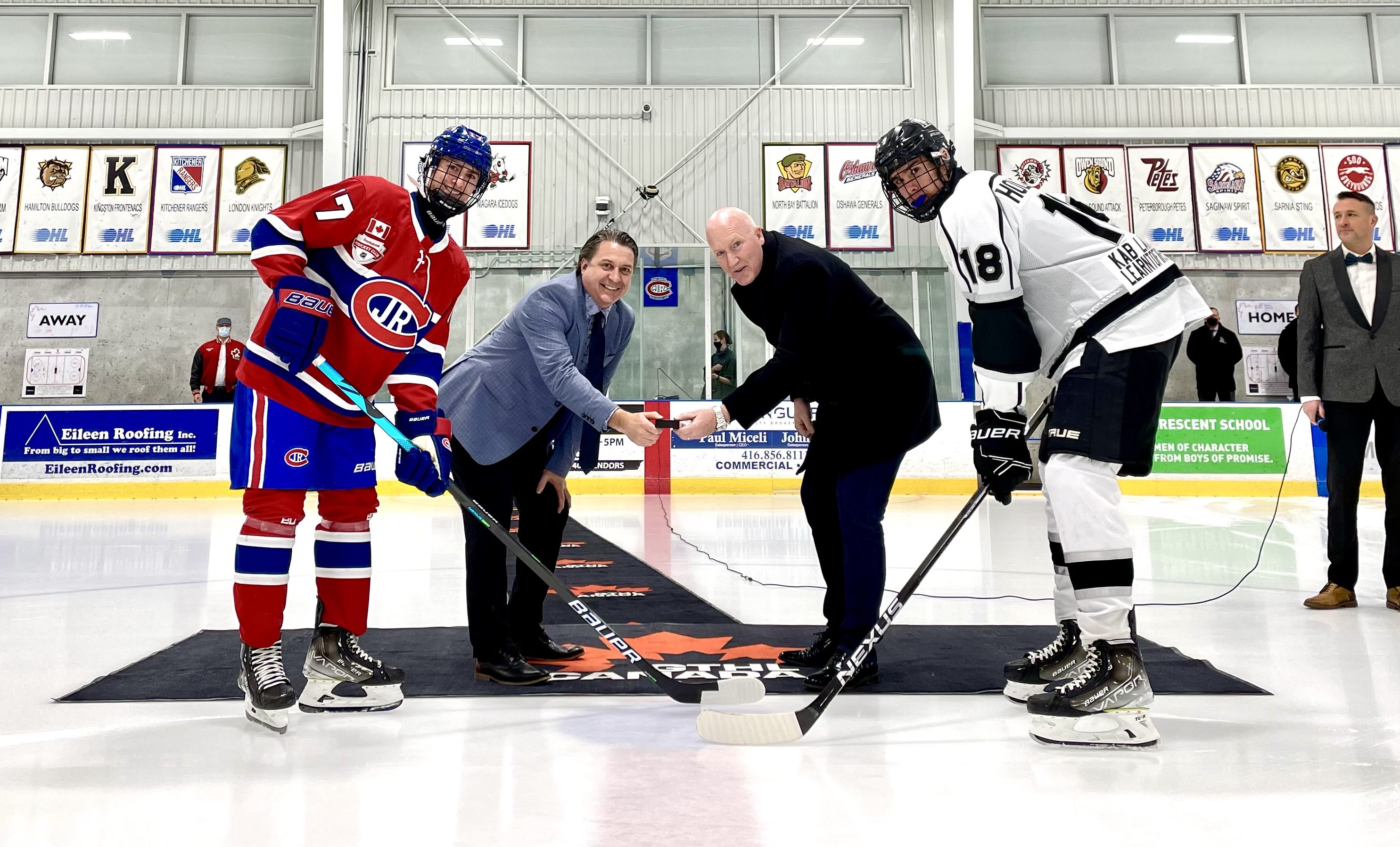 On Friday, November 12, the Greater Toronto Hockey League officially welcomed the under-15, U16, and U18 Thunder Bay Kings to the League.

The night included welcome packages to each of the players, a mini-media day, and a ceremonial puck drop to kick things off.

“12 days ago from tonight, we had a very special ceremony here on this very spot to drop the puck for the first time after 598 days of not having hockey in the GTHL. To celebrate that, we had four teams out here on the ice, one representing each municipality that the GTHL covers: Markham, Vaughan, Toronto and Mississauga,” said Oakman. “We were all here on that night to celebrate coming together after the difficult time we’ve all faced during the pandemic and we brought all of our communities together… except one. Tonight I’m happy to close that loop by welcoming Thunder Bay into that circle of the GTHL family. We’re very excited to have you here and we look forward to an amazing season with you.”

“This presents a generational move for our community for our region,” Power added. “This team and the others that are here are not only from Thunder Bay. They come from great communities like Kenora, Fort Frances, Sioux Lookout, Dryden… communities right across Northwestern Ontario and we’re very proud of them for that reason.”

In the first of seven weekend trips for the Thunder Bay teams, each team played four games. The U15 Kings posted three ties and a loss. The U16 Kings had four losses, while the U18 Kings had two wins and two ties. Thunder Bay’s next weekend trip is December 3-5.