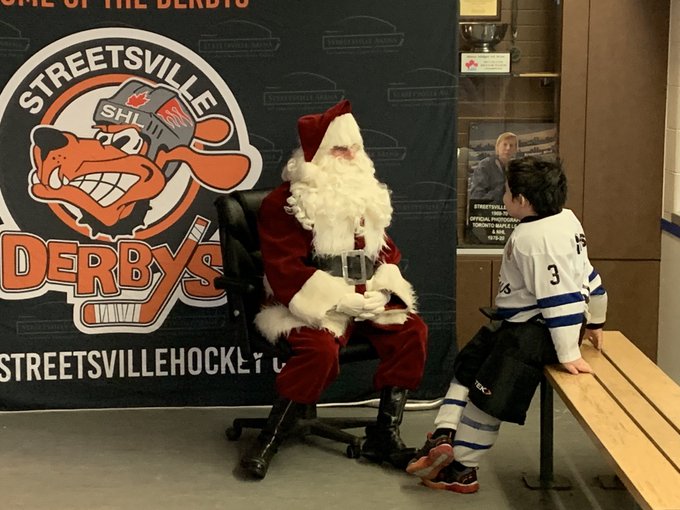 Teams from around the GTHL are well into the holiday spirit halfway through the month of December. See the great work players and teams have been doing in the community.

Use #IPlayInTheG to be featured.

These Jr. Canadiens arrived to their game in peak holiday fashion

Christmas at the rink🎄🏒 #jrcchristmas #gthl

The East York Bulldogs with some do-gooding

East York Bull Dogs Blue Minor Peewee select hockey team decided to score off of the ice this holiday season. The goal was to make 10 care packages, they ended up making 24! The packages went to a local organization called Sanctuary
Fantastic work Bulldogs. You make us all proud! pic.twitter.com/9szYOz0jV4

The newest board member is the goodest boy

Introducing the newest member of the GTHL board of directors! #hockeydog #ghost #gthl #dogsofinstagram #begoodhockeyplayers

Christmas came early for these Tykes

Stick tap to the Islanders

Such an Inspiring night. Thank you @IslandersCoach of @MarkhamIslande1 for coming to our @vaughankingsAAA game and working so hard to raise money for @TheAngelProjec1 icing on the cake after a 3-1 win. @GTHLHockey you guys and coach r amazing. Changing lives pic.twitter.com/pbtUsPbtGm