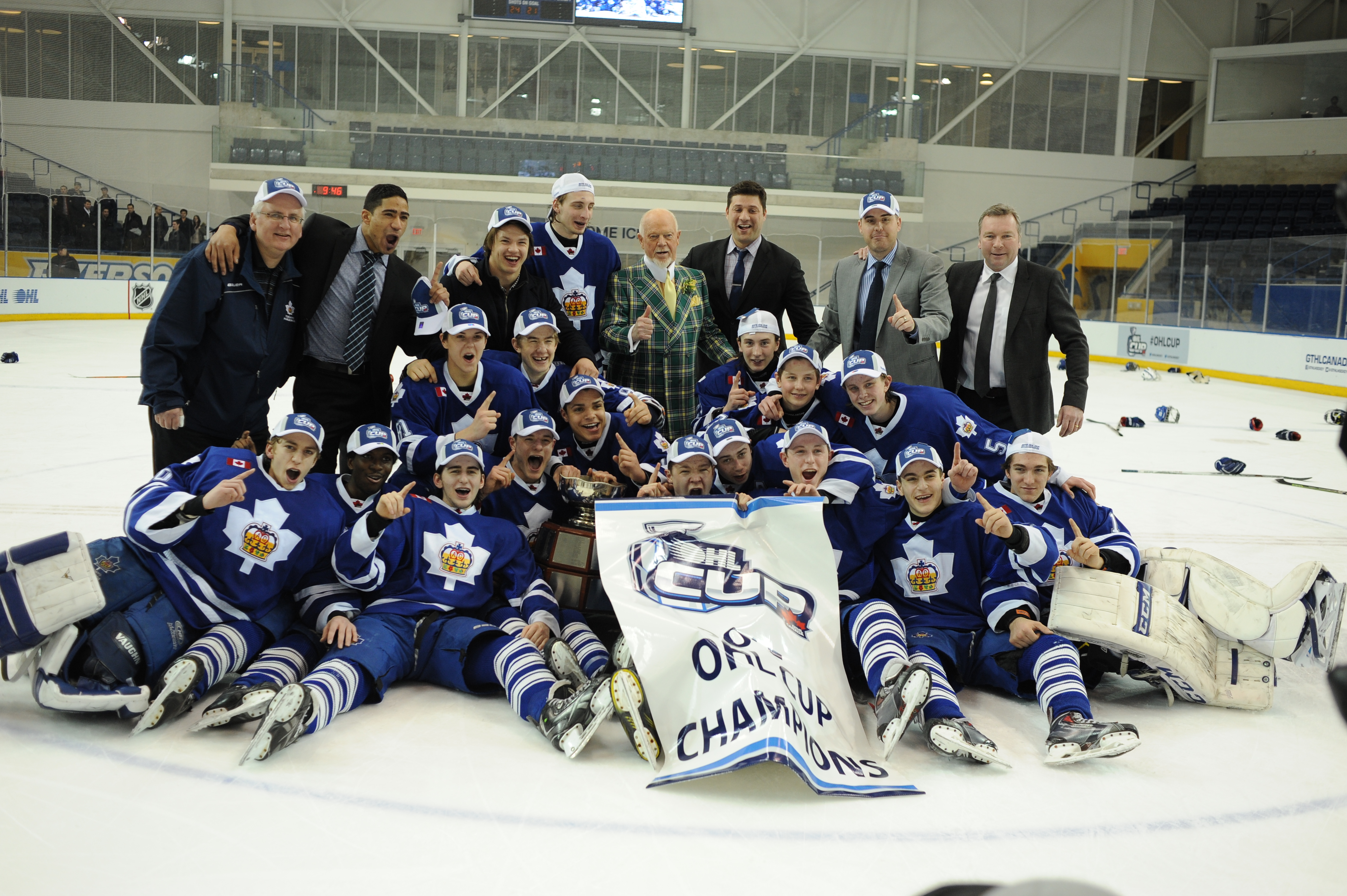 The Toronto Marlboros have done it again.

After the Don Mills Flyers forced extra time with less than four minutes left in regulation, Marlboros captain Matthew Strome potted the winning goal at 3:41 of overtime to lift his club to a 3-2 win and to its second straight OHL Cup title.

The 12th meeting of the season between the Marlboros and Flyers was much like the rest – intense and tightly contested. It also had the same result as their most recent matchup, which saw Toronto edge out a 1-0 overtime victory to capture the Scotiabank GTHL Playoffs title on Mar. 15. The Marlboros won the 2014-15 season series 5-4-3 (DMF: 4-5-3).

Monday’s heroics were the cherry on top of a surreal three-day stretch for the Strome family.

On Saturday, oldest brother, Ryan, scored two points and the game-winning goal for the New York Islanders. On Sunday, middle brother, Dylan – with his parents and Matthew in attendance – captured the OHL scoring title with four goals and six points in the Erie Otters’ season finale in Niagara.

All three brothers played for the Marlboros at the OHL Cup – Ryan also won in 2009, while Dylan led the team in scoring in 2013 but lost in the final to the Oakville Rangers.

Keeping with the family ties, Ryan McLeod captured tournament MVP honours after getting the Marlboros on the board just 1:37 after the Flyers opened the scoring. His brother, Michael, won the award last year with the Marlboros and was in attendance on Monday.

Ryan is quick to point out, though, that he holds bragging rights.

“[Michael] would always chirp me if I didn’t win it, so now I get to chirp him because I won the GTHL Player of the Year award too,” McLeod said with an ear-to-ear grin. He received that honour at last week’s OHL Cup banquet.

Their older brother, Matt, suited up for the North York Rangers at the 2012 OHL Cup, was a sixth-round draft pick of the Barrie Colts and will play at Canisius College in the NCAA beginning next season.

Jaden Peca notched an assist on McLeod’s goal to wrap up first place in team scoring. He finished with eight points (3-5—8), one shy of the tournament lead shared by five players, including Flyers teammates David Levin (2-7—9) and Brett Neumann (2-7—9) and Toronto Jr. Canadiens forward Mathew Rehding (5-4—9).

Flyers forward Drake Lafontaine opened the scoring in the championship game with his first tally of the tournament. Mackenzie Entwistle scored the other Marlboros goal.

Jake McGrath made 22 saves to win game MVP honours and finish the tournament with a 3-1-0 record and a 1.46 goals-against average.

Jake Tortora score the tying goal with 3:34 remaining in the third period and was named game MVP for the Flyers. He finished the tournament with six points (3-3—6).

Flyers goaltender Mathew Woroniuk made 18 stops in the championship game, including an incredible scorpion-style kick save that was featured on Sportsnet and wowed Maple Leafs legend Wendel Clark, who was there watching his son, Kody, play for the Marlboros.

“That was unbelievable! Face down, heel save with his legs in the air and foot off the ice. That was an awesome save,” Clark told Sportsnet host Jeff Marek during a stoppage in play.

Take the advice of the fine folks at Sportsnet and keep that video link handy.

“Watch it again in about six or seven years. You’ll know some of these names.”

The Marlboros appeared in their ninth consecutive OHL Cup championship game, a stretch that includes four wins. Overall they have eight championships, including three when the trophy was awarded to the All-Ontario Bantam champions from 1967 to 2002.

This marked the seventh all-GTHL final since the OHL Cup tournament was introduced in 2003.

Click here to read more about the Strome-McLeod connection. 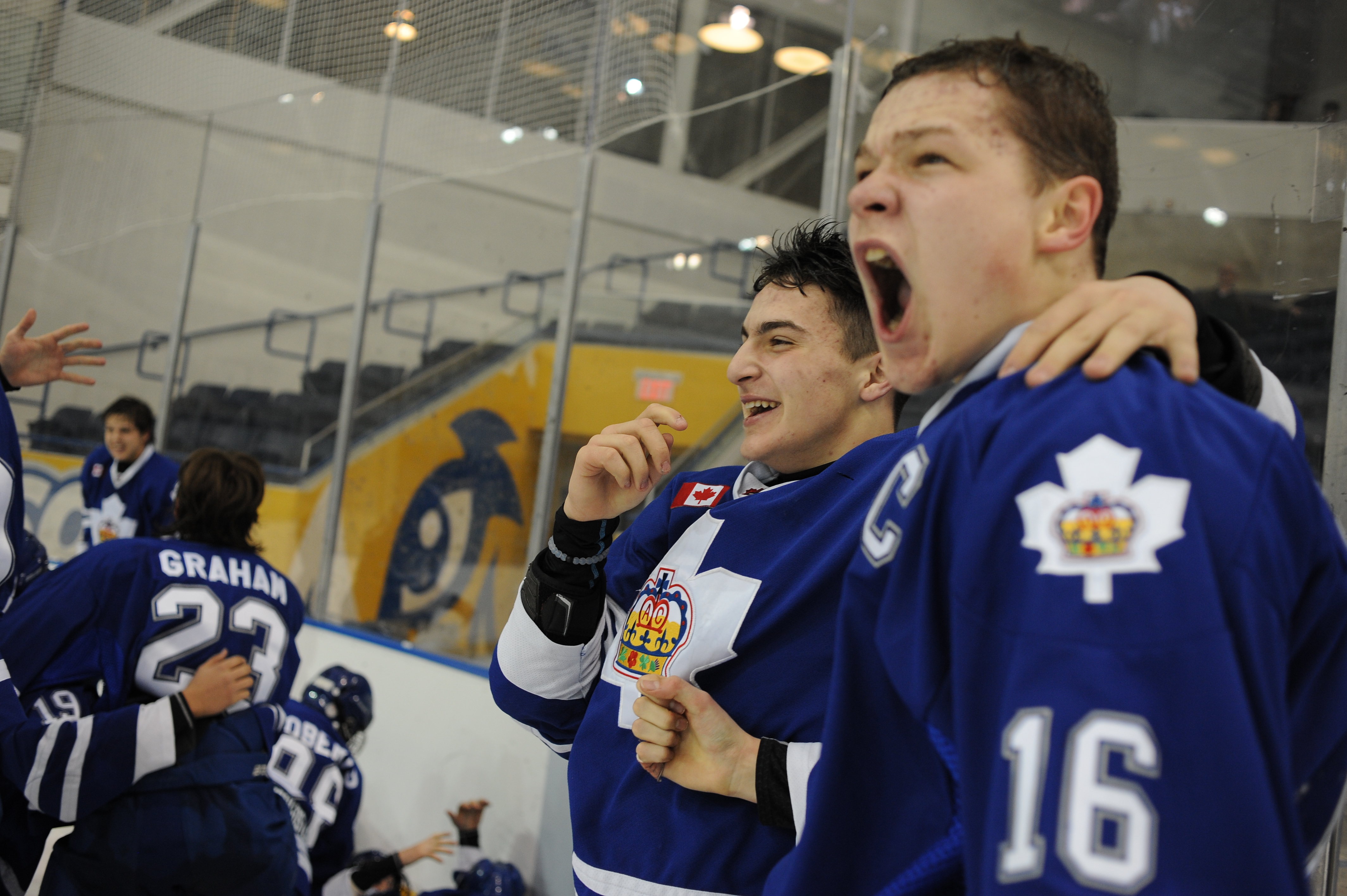 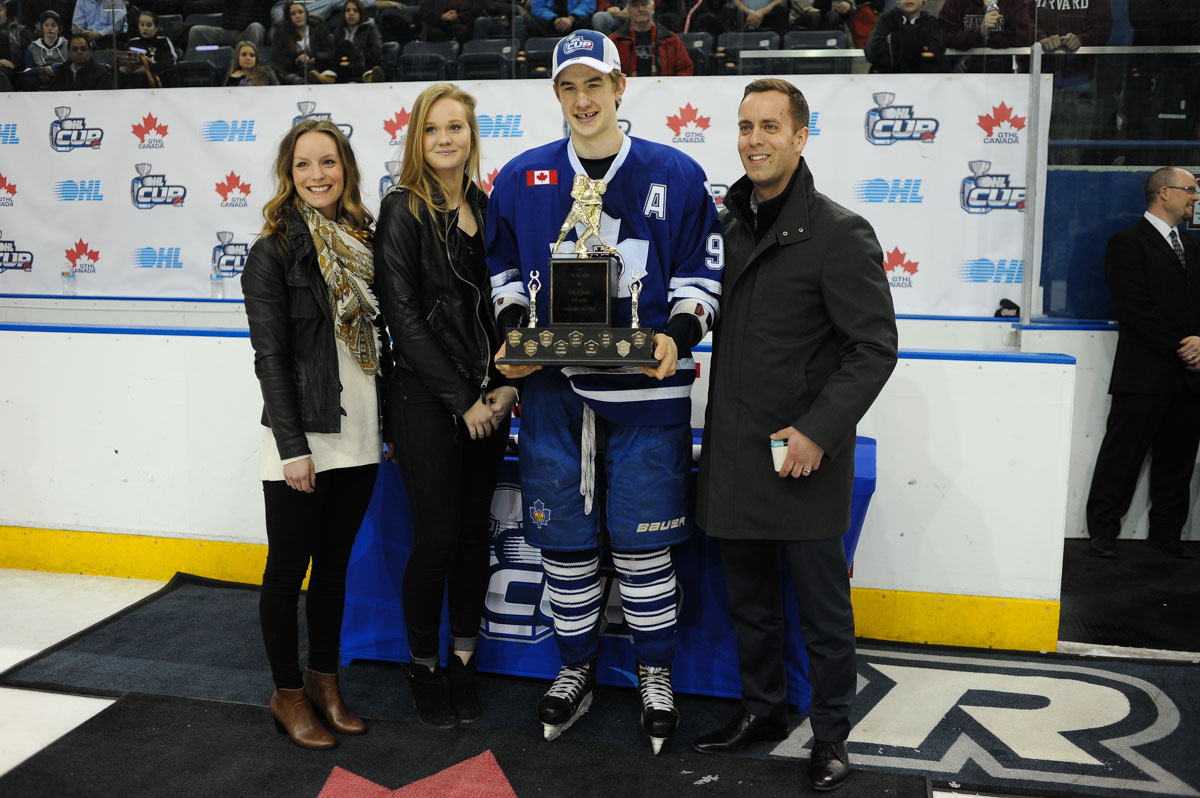 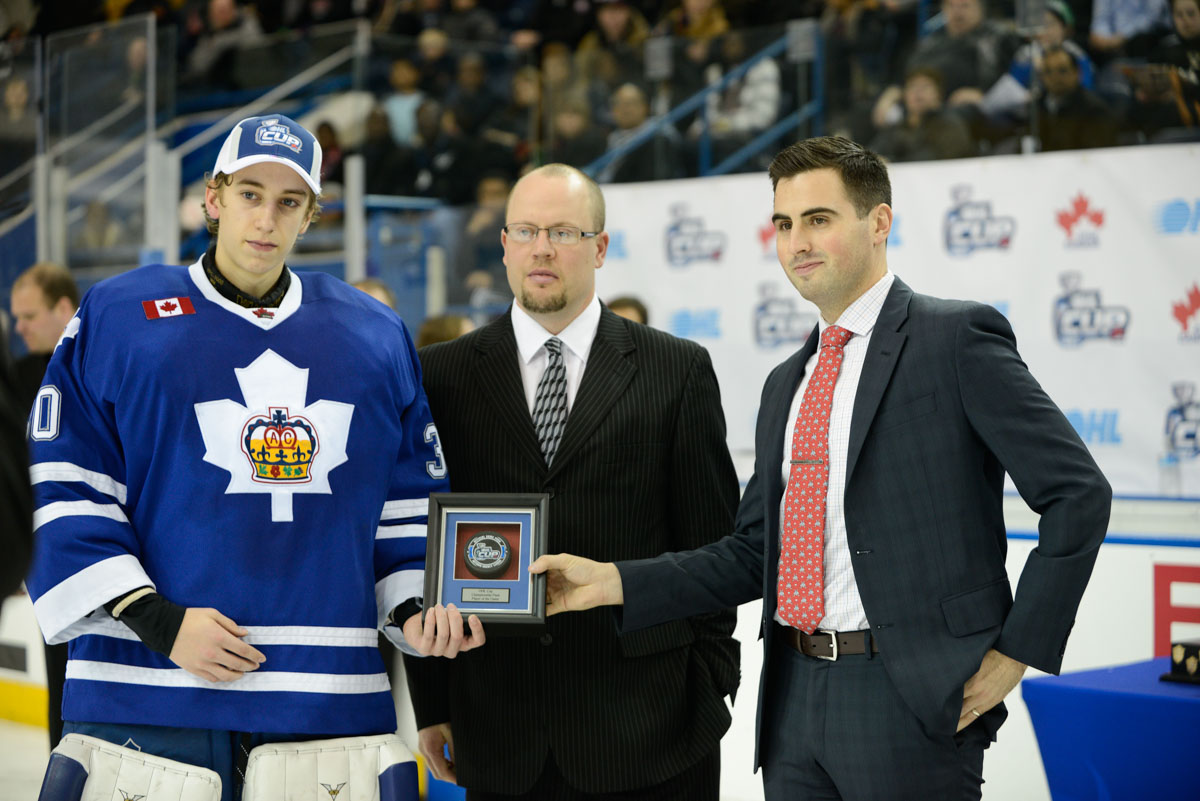 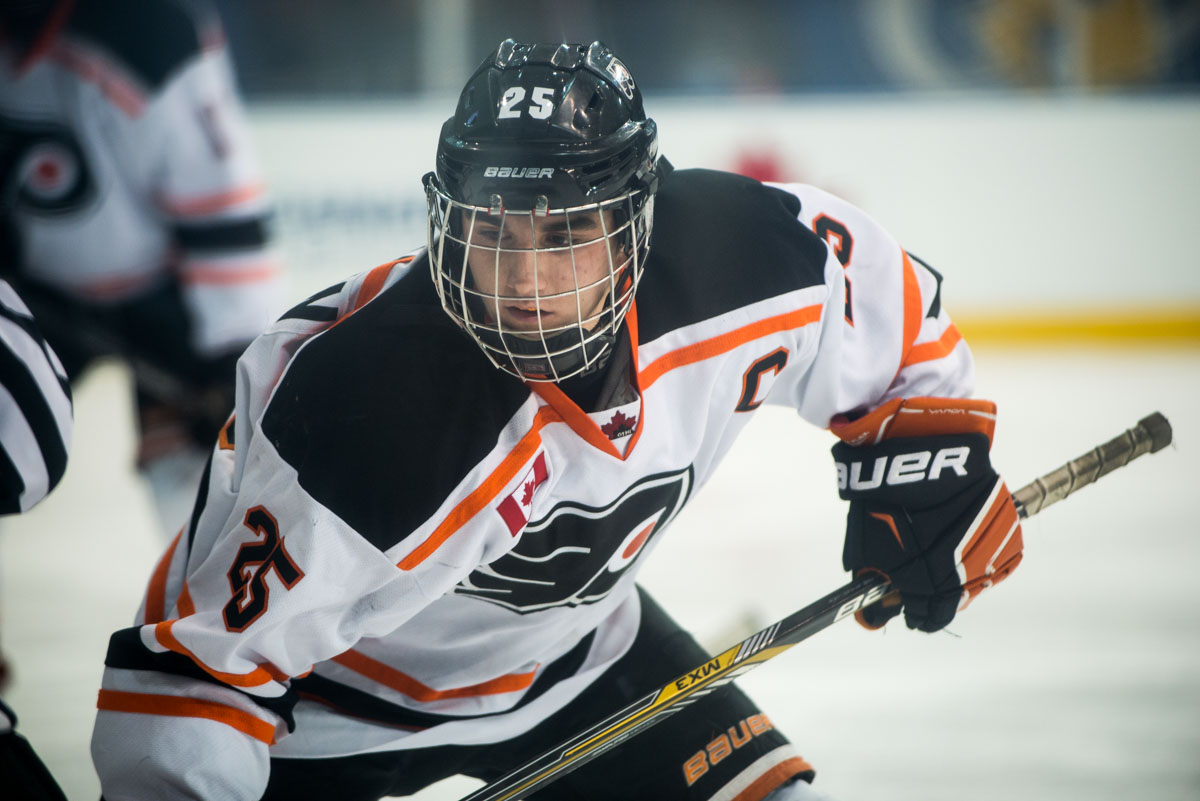 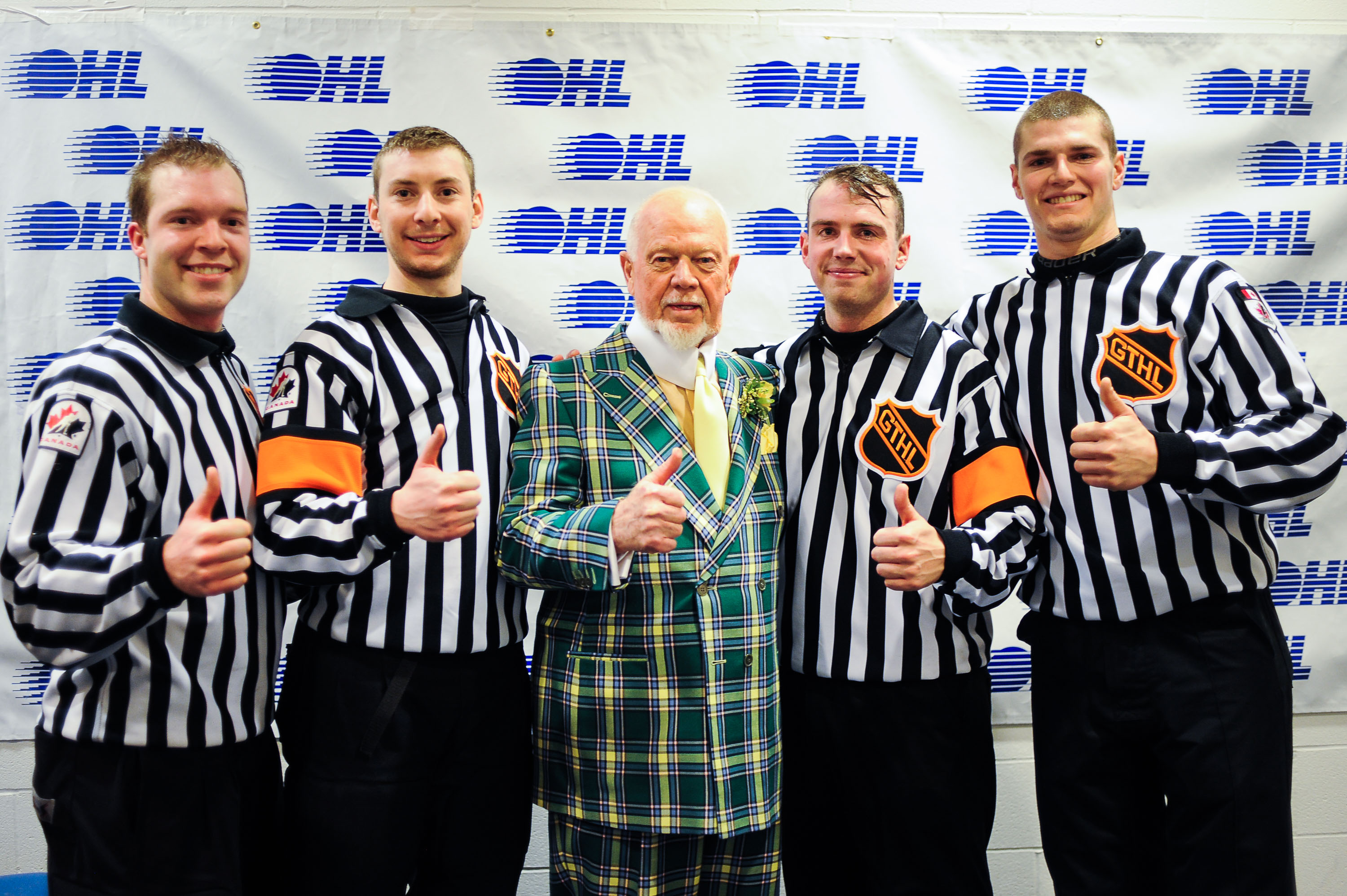