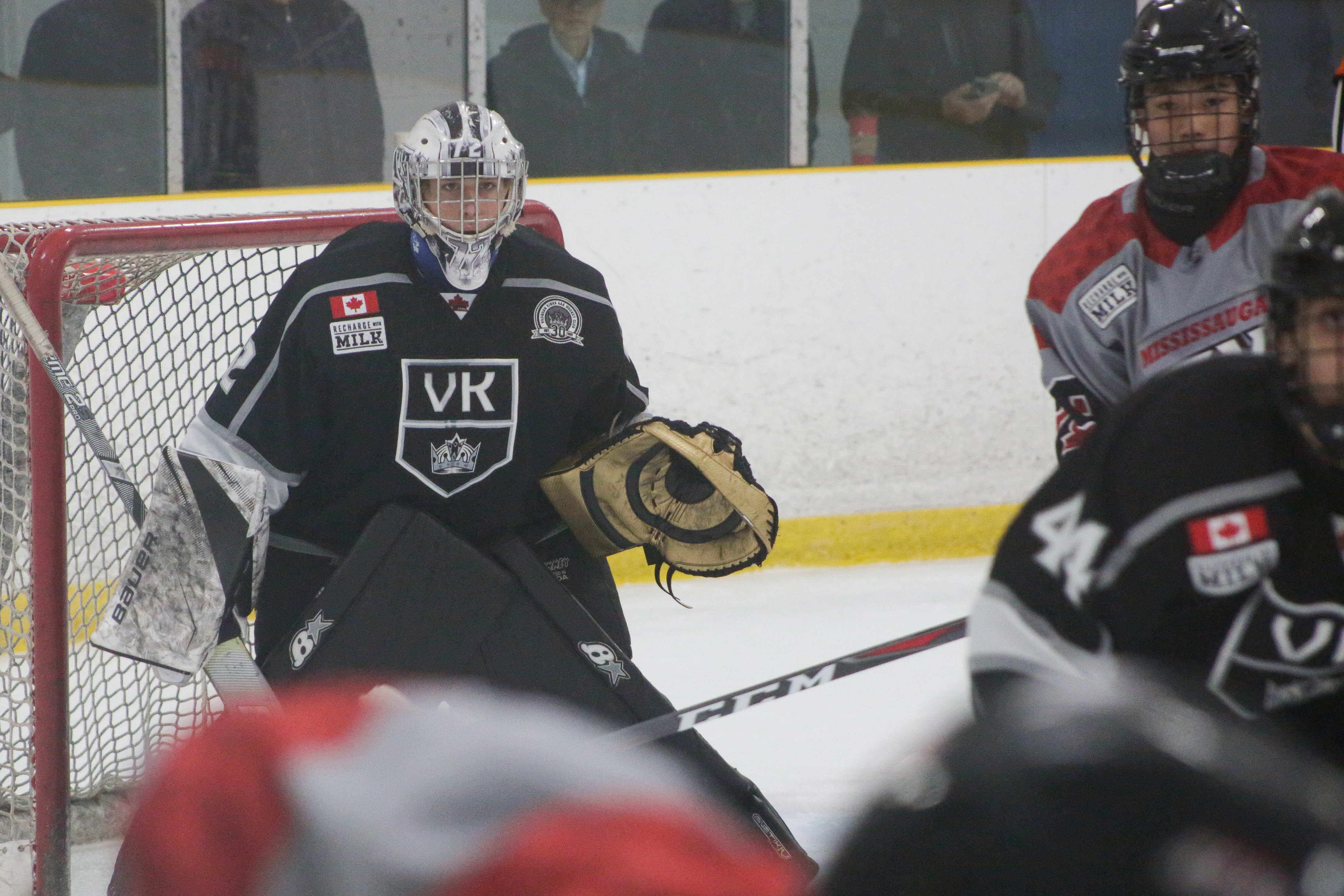 Originally published in the December 2019 issue of Breakout Magazine

10:20 a.m. on a Sunday at Chesswood Arena, Mikael Kingo is firing a lacrosse ball at the wall in between dressing rooms to himself, warming up his hand eye coordination for a game against the Mississauga Senators, who are a mere point behind his Vaughan Kings. This focused pregame routine is not unique to Kingo, nor is the fact that he arrived for the 10:35 puck drop at 8:30 in the morning, more than two hours before puck drop. Goalies are meticulous, and in the best way possible, a little weird.

Mikael’s on-ice work has scouts writing down his name in notebooks, but it is his passion outside the rink that has everyday folk taking notice. He has been an avid and ardent advocate for the Angel Project, a charity founded by his mother Lisette in 2008, established to provide support to those in Complex Care units in hospitals.

I’ve just been helping out, doing fundraisers, I sold bracelets and raised money towards the [Angel] project” says a rather humble Mikael. “I get my team involved, try to get my community involved as much as I can, do anything I can to really help the cause.”

His efforts on social media at promoting the foundation have greatly increased the Angel Project’s visibility, and new spokespeople like Doug Gilmour have raised awareness about the difficulties those with long-term diseases face in Complex Care, and the need for more support in these areas.

Amazing group of people. Coach Chris showed up with his team @markhammajors_markhamislanders to watch the @vaughankingsmm play the @torontoredwingsgthl (3-1) the boys had raised over $1000.00 thank you to every one on the Markham team for giving back and congratulations on having such a supportive coach. This is our youth and our future #beautiful @gthlhockey keep inspiring @mikael.kingo ! #angels

Kingo’s work-ethic is evident, as he says he is always jumping at the opportunity for extra ice, along with maintaining his grades in school, along with the work he is constantly doing for the Angel Project.

“This summer I worked a lot on consistency” stated Kingo. “I was on the ice two times a day, and working out quite a bit, and that really pushed me to become a more consistent goalie and getting a lot more shots and that’s really contributed to my game this season.”

Consistency was the word of the day for Mikael that Sunday afternoon, as he calmly turned aside all attempts coming his way in a 0-0 tie, included a stellar breakaway save in the 2nd period. After the game, he embraced a friend on the Senators, an uncommon appearance a rather physical affair. He says
that the Angel Project has brought together players from around the GTHL, working towards a common goal outside the confines of the uber-competitive rink.

The tie keeps Vaughan in the middle of a somewhat congested Minor Midget loop. He and his teammates are also gearing up for the famed Whitby Silverstick at the end of the month. Meanwhile, his philanthropy will be on full display on November 22nd, where he is helping run the 7th annual Angel Hockey tournament.

For now, he is living by the old sports cliché of taking everything one day at a time, all the while making a positive impact in his community.

“Making life for other people better, that’s what I’m trying to do by helping out with the charity. It’s nice to be remembered hopefully as someone who helps out in the community, and hopefully is also good stopping the puck”.

For more information on The Angel Project, visit www.theangelproject.ca