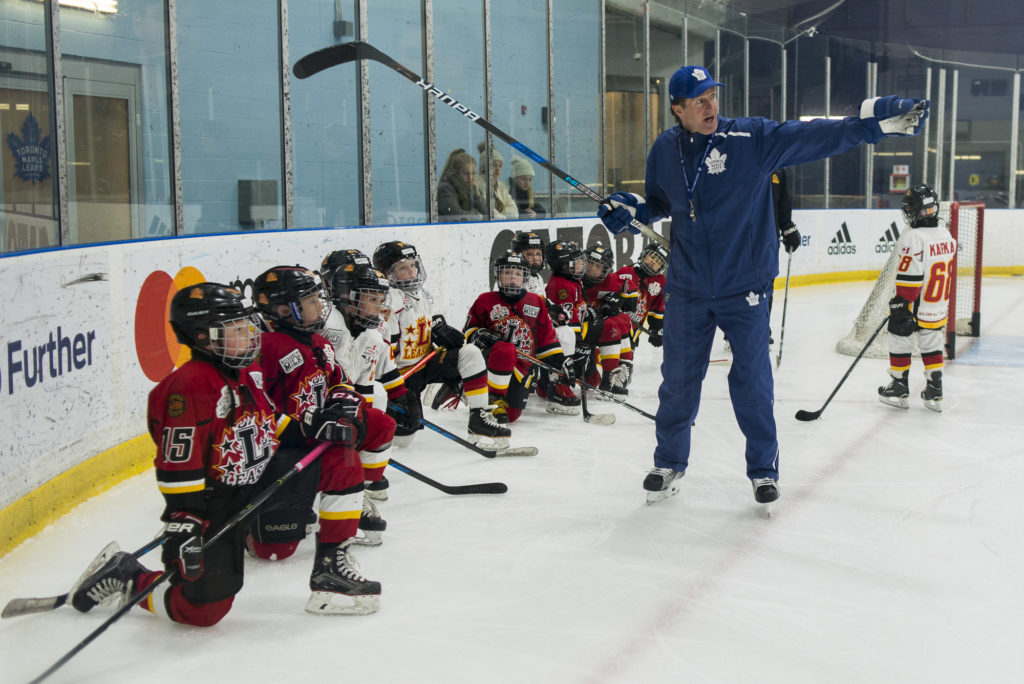 When it comes to mental health, every effort and every conversation matters.

We all know of someone who has or is struggling with mental health. At times, the struggle can be evident in their day-to-day life, but it’s often hidden. It can be difficult for some people to engage in conversations about their mental health for numerous reasons, but that is the barrier we want to break.

Fortunately, the GTHL and Movember Canada have taken that seriously. Together, they partnered up and reached out to players, coaches, parents and supporters within the GTHL community throughout the month of September to recognize Mental Awareness Month raise mental health awareness.

“We want to be proactive in ensuring all our players stay healthy both physically and mentally throughout their lives,” said GTHL Executive Director and Chief Operating Officer Scott Oakman, who witnessed GTHL teams raise over $50,000 in 2017. “September can be a stressful time for players in our League and we want to give them the resources they need to stay mentally fit.”

The GTHL and Movember teamed up for the first time last season to launch the inaugural Babsocks fundraising initiative. Teams sold Movember-edition Babsocks to raise awareness and funds for mental health and the winning team was awarded a practice with Mike Babcock, head coach of the Toronto Maple Leafs.

Playing in the GTHL is about more than just playing hockey – it’s also about your development as a young person. With more than 40,000 registered participants annually, the GTHL makes up the largest minor hockey league in the world. With that, comes the opportunity to reach out to those involved in the league on a different level and that’s an outlet that maximized to its fullest potential.

“Supporting Mental Health Fitness Month gives Movember and the GTHL the chance to show our commitment to mental health and be a leader in the conversation within the sporting space,” said Mark McGregor, Partnerships Coordinator at the Movember Foundation. “Raising mental health awareness is vital in enabling everyone to have open and honest conversations about an often-stigmatized topic. Mental Fitness Month gives us the opportunity to initiate these important conversations, whether that’s between players, coaches and parents or young men and their parents.”

Not only should we recognize and act on the gap in our society that reflects mental health, but maintaining these actions are imperative. Conversations on and off the ice have the ability to plant a seed in a young person’s life. That’s what hockey does. It creates opportunities to train, teach and talk. If we allowed hockey to just be about the performance on the ice, we would be missing out on all of the invaluable life lessons it teaches us.

As with any sport, the game helps mold and shape players as they progress in both their individual and team skill sets. It teaches the players about discipline, dedication and hard work, showing them that a strong work ethic can help them in all facets of life. Hockey stirs relationships. It invokes passion. Yes, it’s a game that we love and cherish, but it can also be used a tool to lift one another up. Mental health is involved in our beloved game and it cannot be ignored. Allowing people to suffer alone is not an option. What hockey teaches us at a young age is that it is a team game. Life is the same way. It takes a combined effort to combat it and beat it.

“Going through struggles myself, I had times where I didn’t enjoy hockey because I wasn’t in a good place mentally. Nothing is more important than you’re mental health,” said Stickhandling Specialist Pavel Barber, who played in the GTHL for 15 years and worked alongside the League and Movember for the campaign. “It affects everything you do. It’s important to not only raise awareness, but to recognize that you are not alone in the matter. It allows kids, teenagers and adults to realize that it’s okay to admit you’re going through something. There is strength in numbers and a sense of solidarity in opening up.”

Over the past three years, the Movember Foundation has invested $2 million dollars in developing ‘sportified’ mental health programs within organized sports. These investments have enabled the Foundation to develop a specific expertise in using the power of sport to improve the mental health, wellbeing, literacy and awareness of young men.  Movember has been and will continue to work closely with the GTHL to build a targeted mental fitness program across the league that focuses on young men, their coaches and parents.

In 2018, GTHL teams helped to raise over $76,000 for mental health driven initiatives through the second annual Ahead of the Game campaign. For more information and resources on mental fitness, please visit GTHLCanada.com/Mental-Fitness.