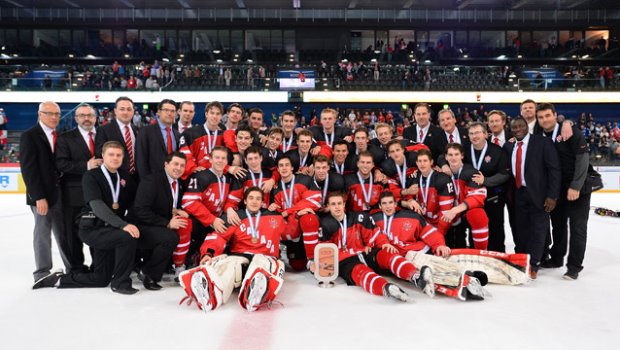 Six GTHL alumni will help make up the 22-man roster at the 2016 Ivan Hlinka Memorial Cup, kicking off August 8 in Breclav, Czech Republic and Bratislava, Slovakia.

Four of the alumni selected helped lead the Toronto Marlboros to an OHL Cup title during the 2014-15 season. GTHL alumni are no strangers to the tournament. Previous participants include Mitch Marner, Dylan Strome, Tyler Seguin, and more

Canada will be in search of their ninth consecutive gold medal at the tournament. Canada has won a medal 20 times in the tournament’s 25-year history.

Canada will play in Group B with Russia, Slovakia, and Sweden. They will officially open the tournament August 8 against Slovakia.