The top 40 Under-16 ‘AAA’ players took to the ice in-front of a sell-out crowd, with Team Antropov-Carnegie-Nolan coming from behind to defeat Team Clark-James-Stewart by a final score of 6-4.

Team Antropov-Carnegie-Nolan added an empty net goal as Moore potted his second of the game in the dying seconds of the third period to secure a 6-4 victory.

Shamar Moses was named the Gatorade Player of the Game for Team Clark-James-Stewart. Moses scored his team’s second goal of the game. 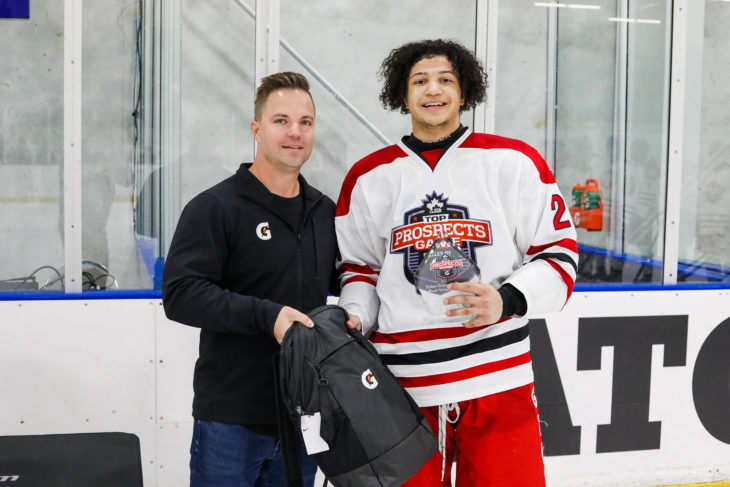 Chase Del Colombo was named the Gatorade Player of the Game for Team Antropov-Carnegie-Nolan. Del Colombo finished the game with a goal and an assist. 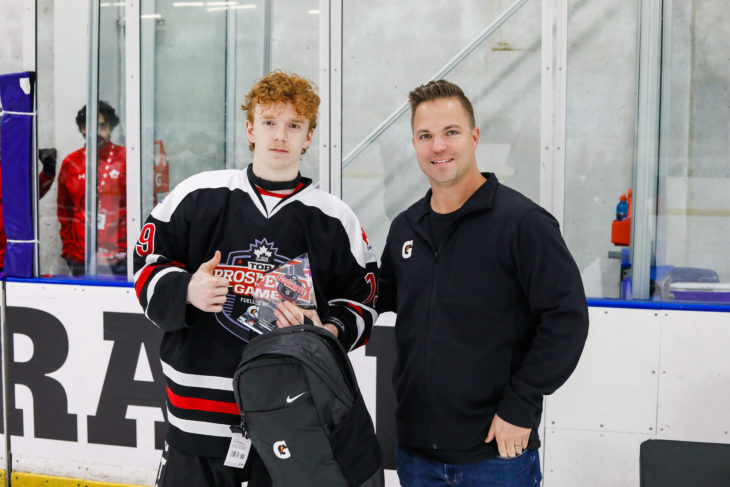 The GTHL would like to extend a special thank-you to Angela James, Anthony Stewart, Nik Antropov, Rane Carnegie, Ted Nolan and Wendel Clark for their participation as celebrity coaches in this year’s Top Prospects Game fuelled by Gatorade.

The 2022-23 GTHL Top Prospects Game fuelled by Gatorade is available to be purchased on-demand through GameOnStream.