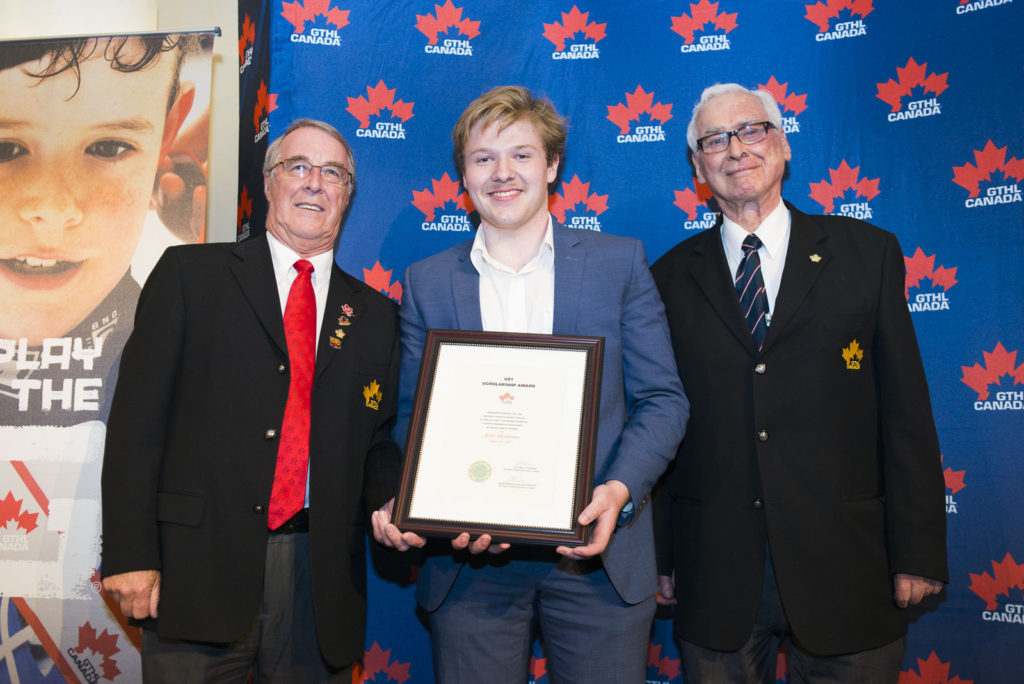 The wins and losses on the ice are irrelevant when it comes to the annual GTHL Awards Ceremony. Rather than looking at in-game statistics, recipients of GTHL Awards and Scholarships are granted the honour based upon their character and work ethic demonstrated off the ice.

Every June, the GTHL recognizes award and scholarship winners at the annual GTHL Awards Ceremony. The event celebrates dedication to the game and to academics. A total of six scholarships are granted to applicants in Midget-aged House League and competitive programs.

“The scholarship has helped me finance my education immensely, and has also given me the opportunity to explore newfound passions,” said Martin Maly, who was the recipient of the George F. Dufton Midget “AAA” scholarship in 2017. ” I am currently in my second year of Computer Engineering at Queen’s University, and am loving every part of it.”

Like many around the GTHL, the work ethic displayed by players on the ice is also reflective of the work put into academics. William Olmsted, a former player with the Erindale Spitfires who is now attending Queen’s University for Biomechanical Engineering, says that being awarded a scholarship was a great way to see his hard work pay off.

“I was encouraged to apply for this scholarship by our head coach, Cary Leon. I’m really glad that I did,” said Olmsted, who was the recipient of the Frank D. Smith Midget “A” Scholarship. “For me, receiving the award at the recipient’s dinner also gave me the opportunity to say thanks to those coaches who really made a difference for me and for that I was grateful.”

In addition to scholarships, a number of player and coaching awards are up for grabs, with nominations coming in from players, parents, and members of the community.

“Winning the Herb Ebisuzaki Coaching Award meant more than I can tell you,” said Rich Brewda, who was granted the honour in 2016. “I have been coaching for 14 years, and I never thought that I would be honoured with an award like that. It’s a real honour and something that I will cherish for a long time.”