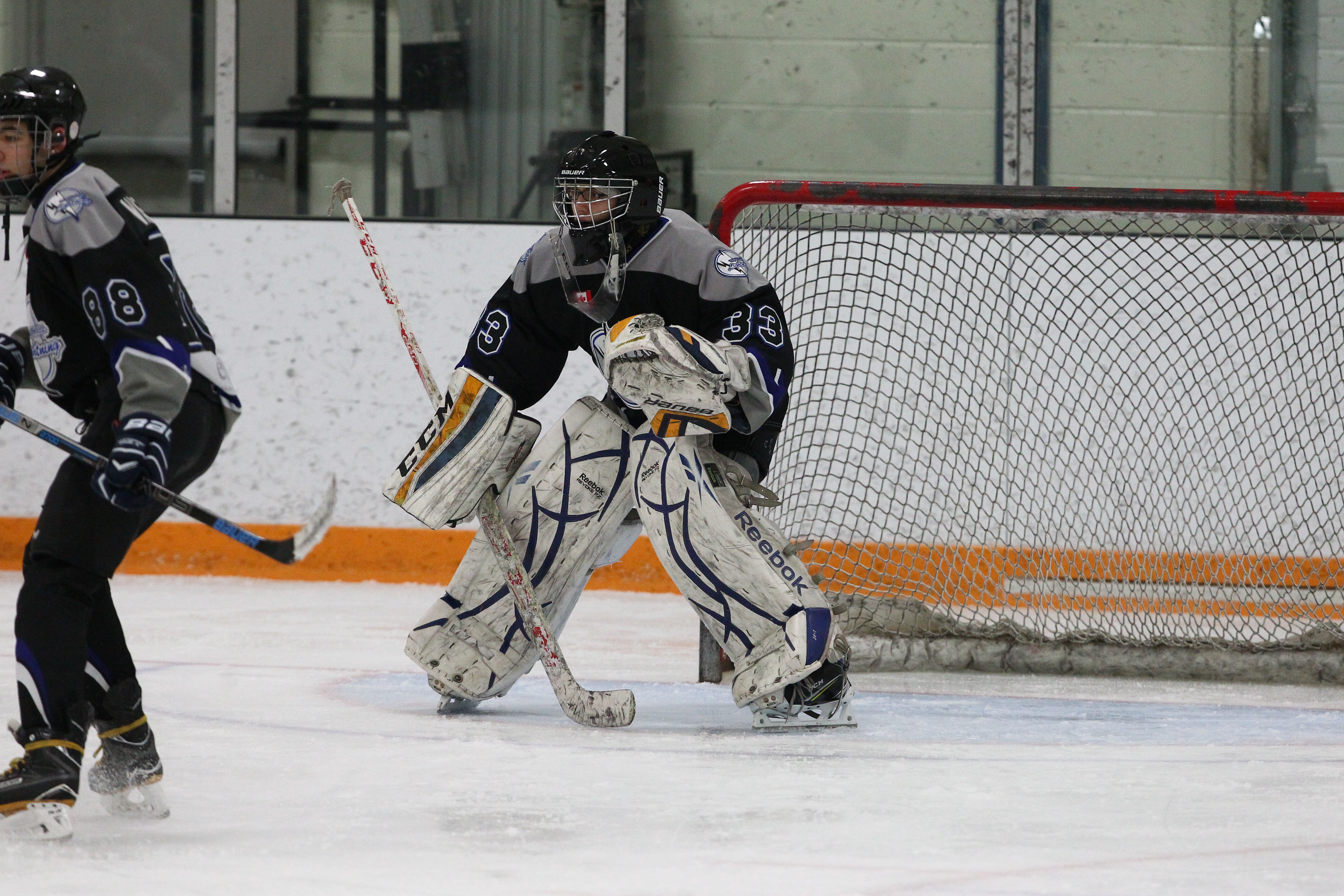 In the chaos of a dressing room filled with the energy of young hockey players, it’s the silence and attentive nature of Andrew Headrick that makes him stand out. While his West Mall Lightning teammates exert their playful pre-game energy, Andrew can be found focused in on what that coaches have to say.

“While not the most vocal person, Andrew always shows a lot of leadership both on the bench and in the locker room,” explained Andrew’s coach of 7 years, Dom Nocera. “He puts forth a complete effort every game and practice.”

Starting off his minor hockey career with the West Mall Lightning in Minor Novice, Andrew played 11 years with the organization at the Select level. As a goaltender, the game taught him the skills necessary to succeed in other aspects of life.

“Hockey has helped me develop resilience and teamwork, both skills that will be useful in my future life,” explained Andrew, who is hoping to pursue a career in engineering. “Engineering involves the need to work as a team to solve problems which is a skill that I have developed from playing hockey.”

The focus Andrew possesses as a goaltender is also channeled into his schoolwork, achieving honour roll every year while balancing hockey and an array of other extra circulars. He plans to attend Western, Waterloo, or the University of Toronto with a focus in mechanical engineering.

“I’m not sure where a Mechanical Engineering degree will eventually take me but I know that the possibilities are endless.”