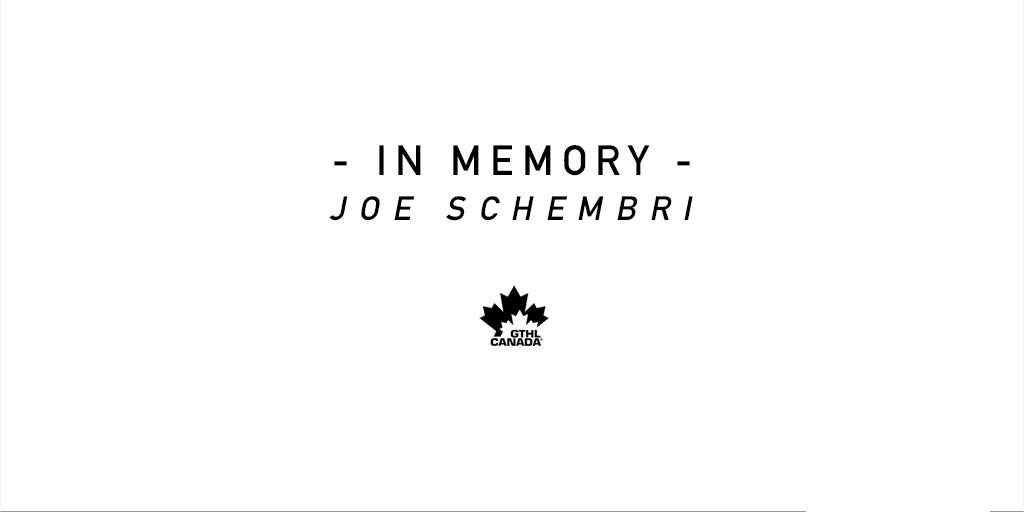 The Greater Toronto Hockey League and extended community remembers Joe Schembri today following his sudden passing on February 2 at 81 years of age. Schembri founded the Mississauga Terriers Hockey Club in 1977 as a place for his kids to play hockey.

For his contributions to the sporting community, Schembri was inducted into the Mississauga Sports Council Hall of Fame in 2017. The Terriers also have a scholarship in Schembri’s name, given to assist a player within the Terrier organization with post-secondary expenses. Since 2004, the Terriers have awarded over 20 graduating players with more than $40,000 in scholarships – all in Schembri’s name.

Schembri, described as a kind, generous, and simple man who developed the Terrier mantra of, “Do it for the Kids,” was an active member of his church, as well as a Knights of Columbus member.

Schembri was a recipient of the GTHL’s prestigious George Chamandy Memorial Award in 1996, recognizing his supreme effort to the promotion and fostering of minor hockey in Mississauga.

The GTHL will keep the Schembri family in our thoughts during this difficult time, always remembering his significant contribution to our League, sport, and community.