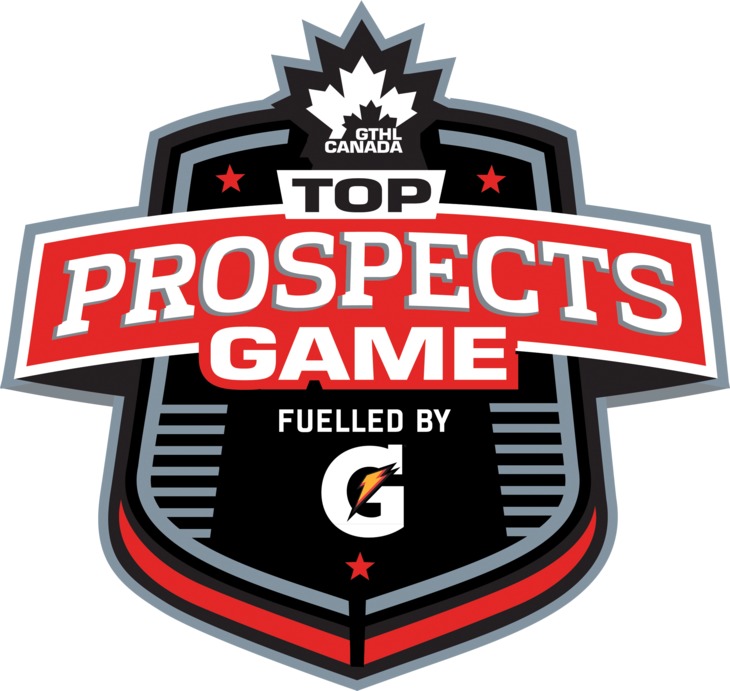 The GTHL Top Prospects Game fuelled by Gatorade is an annual event featuring the League’s top Under-16 ‘AAA’ players. The game features celebrity coaches from the many GTHL and NHL alumni.

Drafted by the Toronto Maple Leafs first overall in 1985, Wendel Clark brings a total of 15 NHL seasons – with three spent as captain of the blue and white – where he tallied 564 points (330 goals and 234 assists) in 793 games played. Beyond the Leafs, Clark also spent time with the Islanders, Lightning, Red Wings, and Chicago Blackhawks. Known for his tenacious style, Clark also has experience at the international level, capturing gold with Team Canada at the IIHF World Junior Championship in 1985. Clark spent several seasons on a GTHL bench as well, standing as an assistant coach with the Toronto Young Nationals from 2009 to 2014.

Angela James’ resume is filled with international experience and success, starting with 54 points (33 goals and 21 assists) in 50 games played with Canada’s National Women’s Team. The Toronto, Ontario native captured four gold medals at the IIHF Women’s World Championship (1990, 1992, 1994, and 1997), and added a silver medal with Team Ontario at the 1990 IIHF World Women’s Championship – the same tournament that saw James set a record for goals with 11. James’ medal count also includes two gold medals at the 3 Nations Cups. Beyond Team Canada, James spent 1980 to 1998 playing for the Central Women’s Hockey League, winning the NWHL championship with the Beatrice Aeros in 2000 and earning MVP honours in 1999. Making history, James was the first Canadian woman inducted into the Hockey Hall of Fame in 2010 and was recently named an Order of Hockey Honouree in 2021. As of 2022, James serves as co-owner of and General Manager for the Toronto Six of the Premier Hockey Federation (PHF).

Anthony Stewart, a GTHL alumnus, brings six NHL seasons spent with the Florida Panthers, Atlanta Thrashers, and Carolina Hurricanes. Prior to his professional career, the former North York Canadien notched 100 points in 34 games in his Under-15 season. Stewart then went on to enjoy a successful major junior career with the OHL’s Kingston Frontenacs, a team that he captained for two seasons. The first-round pick of the Panthers in the 2003 NHL Draft also experienced success at the international level, capturing silver and gold with Team Canada at the IIHF World Junior Championships in 2004 and 2005 respectively. Stewart, in addition to a broadcasting career with Rogers Sportsnet, is Chairman of Hockey Equality.

Making his first appearance as a GTHL Top Prospects Celebrity Coach, Nik Antropov brings 14 seasons in the NHL to the bench. The Ust-Kamenogorsk, Kazakhstan native spent time with the Toronto Maple Leafs, New York Rangers, Atlanta Thrashers, and the Winnipeg Jets after being selected 10th overall in the 1998 by the Leafs in the 1998 NHL Entry Draft. In 788 career games, Antropov posted 465 points with 193 goals and 272 assists. Antropov also has experience on the international stage, representing Kazakhstan at the 1998 IIHF World Championship, 1999 World Junior Championship, and the 2006 Winter Olympics. Antropov’s son Danil is a graduate of the GTHL, spending his U16 season with the Toronto Marlboros.

As a first-round pick in the 2001 OHL Priority Selection, Rane Carnegie – youngest grandchild of the late Hockey Hall of Famer Dr. Herb Carnegie – brings a multitude of hockey experience to the bench. Carnegie spent two seasons in the OHL, followed by two seasons in the QMJHL including time spent as captain of the Halifax Mooseheads. Carnegie went on to play professional hockey in the AHL and ECHL, and finished his playing career overseas in Sweden, Finland, and France respectively. Carnegie is currently coaching in the GTHL as Head Coach of the U15 Toronto Young Nationals.

Drafted 78th overall in the 1978 NHL Draft by the Detroit Red Wings, Ted Nolan brings forth a significant amount of playing and coaching experience. Following seven professional playing seasons in the American Hockey League and the NHL, Nolan made the jump to the bench beginning with the Sault Ste. Marie Greyhounds of the Ontario Hockey League in 1988. Nolan led the Greyhounds to three consecutive Memorial Cup tournament berths, winning the national championship in 1993. Nolan’s coaching experience extends to the game’s highest level, spending time with the NHL’s Hartford Whalers, Buffalo Sabres, and the New York Islanders. On the international stage, Nolan has led both Latvia and Poland. Nolan is from Garden River First Nations, an Ojibway Band in northern Ontario.