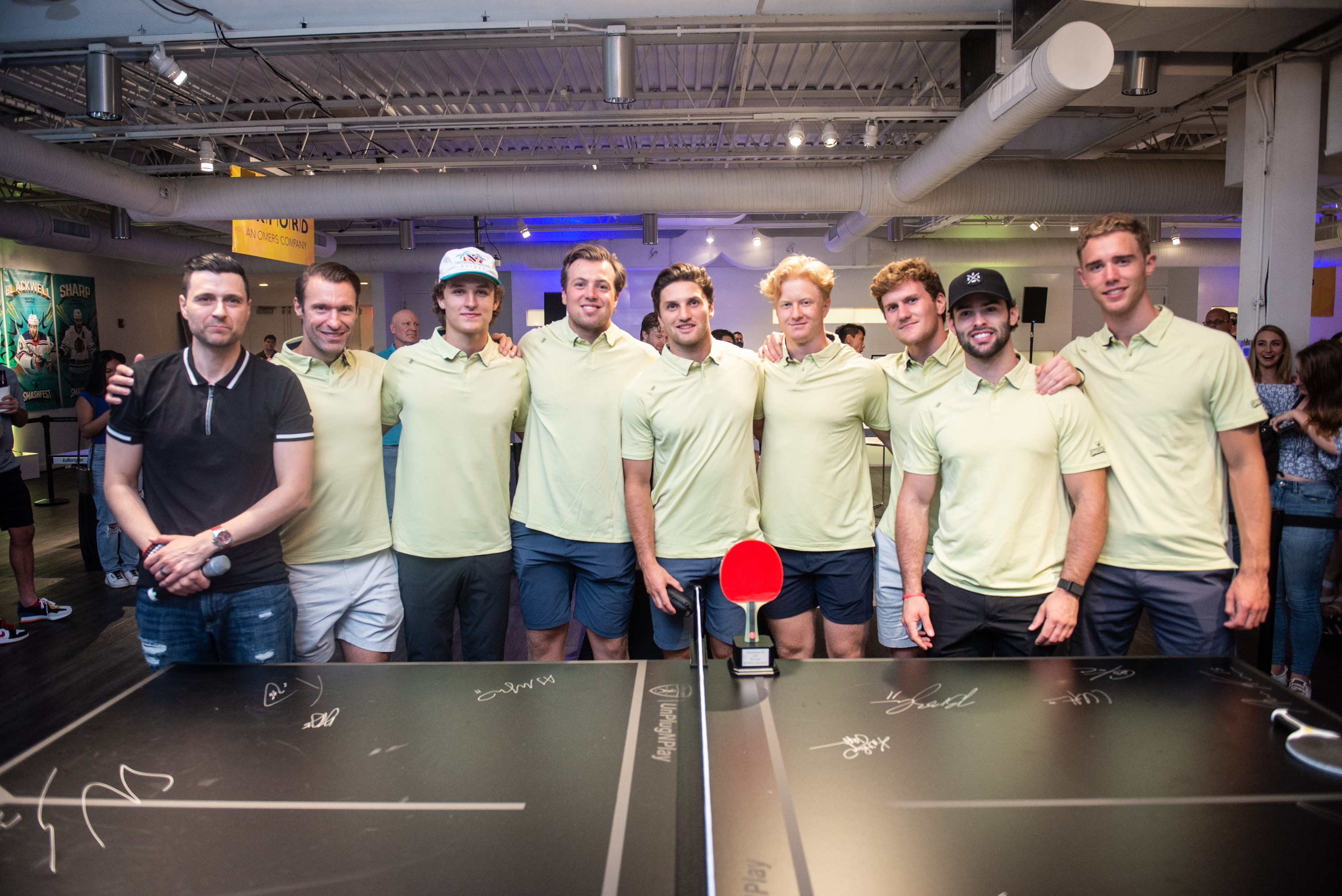 Want to attend Smashfest? The GTHL is excited to give away two tickets to the event. Enter to win by filling out the form below! Note: Must be 19 years old or older to enter.

Q: How did Smashfest get started?

Ping Pong has long been a popular locker room game, bringing together teammates and bringing out competitive energy. We thought it would be a great way to showcase personalities to fans, having them play ping pong with and against some of their favourite players.

Q: The event benefits both rare cancer and concussion research. What was the inspiration behind choosing these two causes?

Both causes hit close to home – Dominic lost his wife to rare cancer and concussion problems are often spoken about in hockey. We really focus on how can we be collaborative to help solve problems, working with experts who can bring together people and data points using the resources we provide.

Q: How has Smashfest impacted rare cancer and concussion research to date?

To date, we have raised over $1 million.

Q: Who are some of the NHL players and celebrities fans can expect to see at this year’s event?

Q: Which NHL player (past or present) or celebrity guest has impressed the most with the paddle?