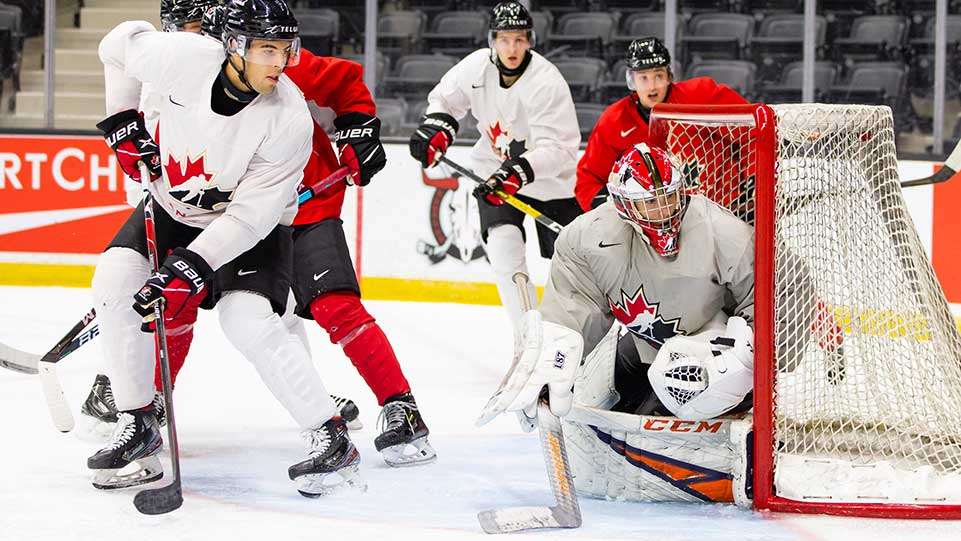 As part of Canada’s National Men’s Summer Under-18 Team selection camp, 44 players – four goaltenders, 14 defencemen and 26 forwards – will compete for an opportunity to wear the Maple Leaf at the 2022 Hlinka Gretzky Cup in Red Deer, Alta. The selection camp, which takes place July 20-23, will include a variety of on- and off-ice sessions. Following the selection of the final roster on July 24, Team Canada will play a pair of games against Red and White teams from Canada’s National Junior Team summer camp.

“We are excited to bring together a group of 44 athletes with a solid foundation of junior and international experience for selection camp,” said Millar. “As our players are preparing to compete in short-term competition, we know all 44 players will come to camp ready to compete for a spot on the team and the opportunity to wear the Maple Leaf in international competition.”

44 players – four goaltenders, 14 defenceman and 26 forwards – will also be on the ice in Calgary for Canada’s National Junior Team summer camp, set for July 23-27.

“This is an exciting first step as we begin preparations for the upcoming season and the opportunity to compete at the 2023 World Juniors on home ice in Halifax and Moncton this December,” Millar added. “We are excited about this group of players, and we look forward to returning to the ice for a highly-competitive camp to kick off a new season.”

For more information on Hockey Canada and the Program of Excellence, please visit HockeyCanada.ca.