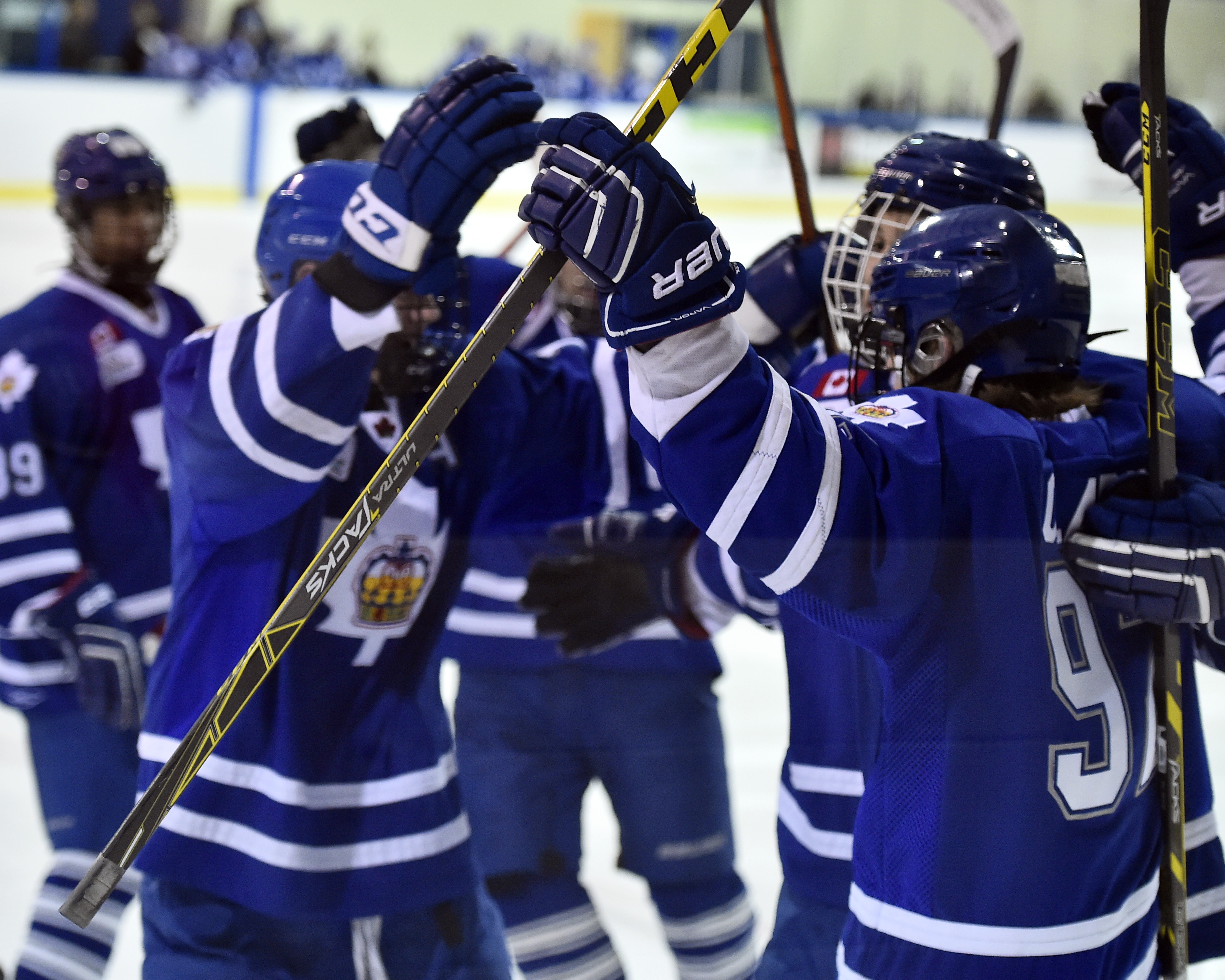 After 46 games, the GTHL’s Toronto Marlboros and the OMHA Champion York Simcoe Express have emerged to go head-to-head in the 2016 OHL Cup Championship game tonight at the Mattamy Athletic Centre in Toronto.

A venue housing some of hockey’s greatest memories, the old building at Church and Carlton is the site of another battle to the finish as two teams respected for their talent and depth square off for Minor Midget supremacy.

The Toronto Marlboros are eyeing a record third straight OHL Cup title after defeating the Toronto Jr. Canadiens in 2014 followed up by a thrilling 3-2 overtime win over the Don Mills Flyers a year ago.

Appearing in their tenth straight OHL Cup Final, the Marlboros will square off with an OMHA opponent for the first time since 2013 when a team featuring Erie Otters captain Dylan Strome lost to the Oakville Rangers 5-1.

While the Express aren’t a GTHL opponent, there is some familiarity between the two clubs.

“We’ve played them twice already this season and both times the games were close and came right down to the end,” said Marlboros forward Danil Antropov, referring to wins at the Toronto Titans tournament in September and the Marlies Holiday Classic over the Christmas holidays. “They’re a good team, a fast team. We’ll need to bring our best.”

With 29 goals scored over six games, offence isn’t typically a struggle for the Marlboros. They’ll have to shut down York Simcoe’s relentless forecheck tonight as defencemen Kevin Bahl, Dante Fantauzzi and others will be tasked with getting to pucks and moving them quickly.

The Marlies’ road to the OHL Cup Final has included a 5-1 win over the Southern Tier Admirals before a blip on the radar, losing 2-1 to the Wild Card entry Quinte Red Devils. Toronto responded with wins over Team NOHA, TPH Hockey, a crushing 7-0 Quarter-Final win over the previously undefeated Hamilton Jr. Bulldogs and a 6-0 blanking of the GTHL rival Toronto Jr. Canadiens.

While the Marlies come in hot, the York Simcoe Express look to add an OHL Cup title to their Silver Stick and OMHA Championships won earlier this season to complete the Minor Midget triple crown.

The Express have been the talk of scouts all season, boasting a team deep in talent in both the forward ranks and on the blueline.

Add to that the outstanding performance put forth by goaltender Andrei Berezinskiy throughout the 2016 OHL Cup and the Express are a tough two points on any night.

“We set out with this goal in mind at the start of the season and now we’re one win away,” said gritty York Simcoe forward Ian Vucko, who had a pair of assists in Saturday’s semifinal victory over the Don Mills Flyers. “We’ll be ready. It’s the biggest game of our careers so far and I know everyone is excited.”

The Express had a slow start to the 2016 OHL Cup, defeating the Toronto Red Wings 4-2 before settling for ties against the Greater Kingston Jr. Frontenacs and the Mississauga Senators. A 5-1 win over the Windsor Jr. Spitfires, an overtime triumph over the Mississauga Rebels and a 4-1 defeat of Don Mills have brought them one win away from the ultimate prize.

Captain and OMHA ETA leading scorer Cameron Hillis (25-47–72) has paced the York Simcoe offence with a goal and seven assists in six games while Vucko (3-4–7) and Matthew McKim (6-0–6) trail close behind. Defencemen Carter Robertson (3-0–3) and Justin MacPherson (0-3–3) have also been involved offensively.

The Express set their sights on the organization’s first OHL Cup title since 2004 when a team led by OHL graduates Harrison Reed (Guelph Storm) and Jesse Messier (Mississauga St. Michael’s Majors) led them past the Richmond Hill Stars in the Championship game.

Both clubs enter action having performed tremendously on special teams.

Tonight’s game can be seen live across the province on Sportsnet Ontario at 7:00 p.m. as the Marlboros and Express leave it all on the ice in pursuit of the prestigious OHL Cup