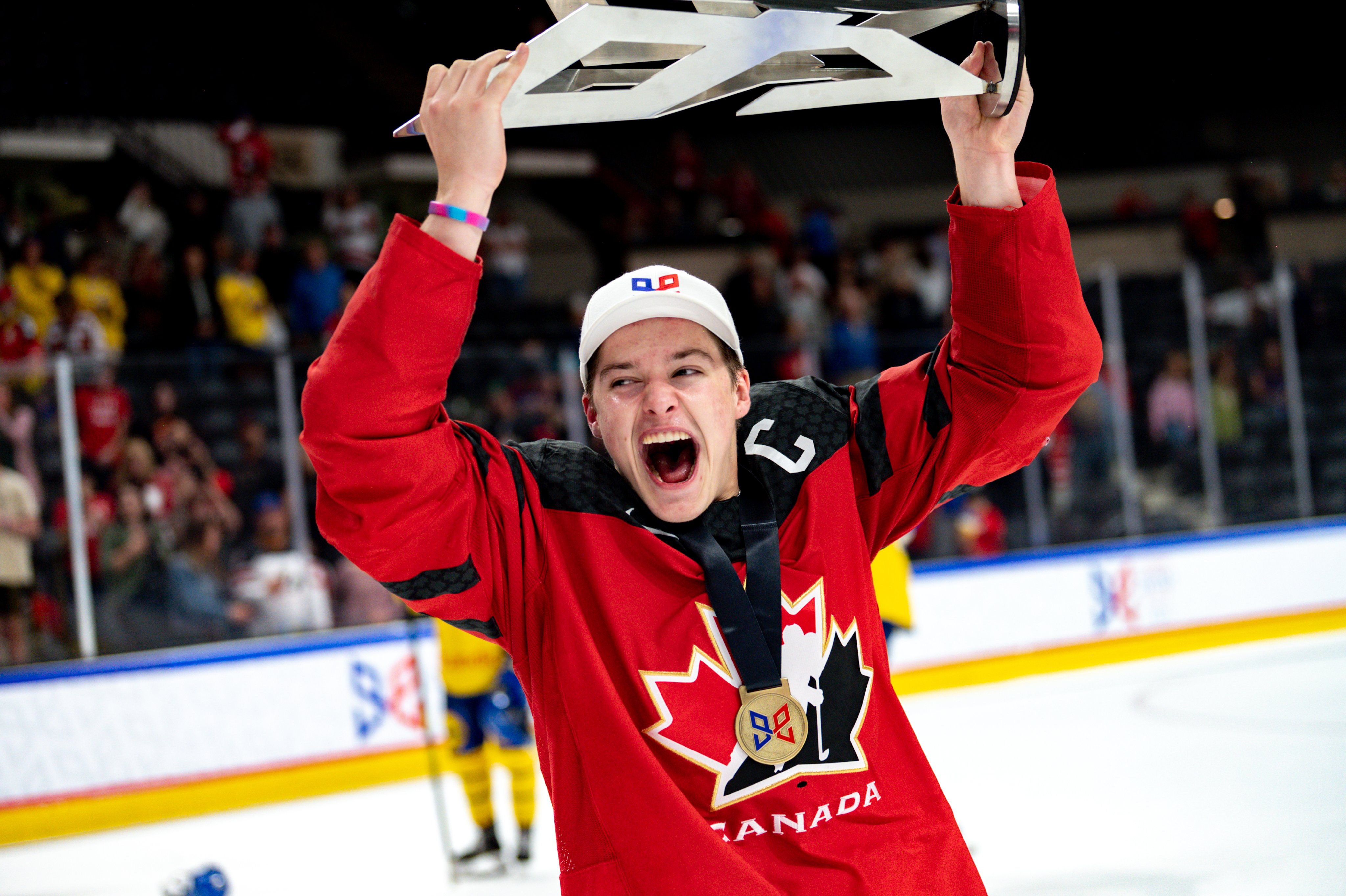 RED DEER, Alta. – Canada’s National Men’s Summer Under-18 Team claimed the 2022 Hlinka Gretzky Cup with a 4-1 win over Sweden on Saturday afternoon, the 23rd summer U18 gold medal since 1991.

“Three weeks ago, we put this roster together and I felt right away this was a tight group,” said head coach Stéphane Julien (Shawinigan, Que./Sherbrooke, QMJHL). “It’s not easy when you have this much talent, but everyone accepted their role and I’m so happy for them.”

Scott Ratzlaff (Irma, Alta./Seattle, WHL) made 25 saves; the goaltender finished with a tournament-leading four victories and a .962 save percentage. Canada’s goalies allowed only three goals in a tournament.

On top of the defensive performance, Canada finished with four of the top five scorers – Ritchie led with 10 points (4-6—10), followed by Yager (5-4—9), Gauthier (6-1—7) and Zach Benson (Chilliwack, B.C./Winnipeg, WHL) (2-5—7). Gauthier’s first-period goal gave him six on the week tied with Sweden’s Otto Stenberg for the tournament lead.

“This is an unbelievable group of guys,” said Gauthier. “We came to play today, and all week long. We had one goal all along and that was to win, and this feels amazing. The atmosphere was amazing, these fans, this country … this was a great experience.”

The win is Canada’s first gold medal since 2018, the last time this tournament was held in Canada.

“I’m so happy for this group,” added Julien. “They haven’t had it easy in their careers the last two years with the pandemic, but now they have this, a gold medal and something they are going to remember for the rest of their career.”

In the bronze medal game, Finland defeated Czechia 3-1 to earn its third bronze and first medal since 2012.

The Hlinka Gretzky Cup will shift to Europe in 2023, returning to Breclav and Piestany, Czechia for the first time since 2021.