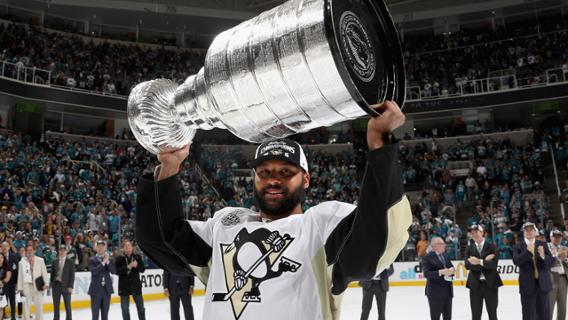 Pittsburgh Penguins defenseman and Don Mills Flyers Alumni Trevor Daley was the second player on the 2015-16 Stanley Cup winning team to raise Lord Stanley. On Saturday, he got to spend more quality time with the Cup.

Daley, who grew up in the Regent Park neighbourhood of Toronto, celebrated by surprising players at a local rink and walking around his old neighbourhood with the trophy.

“The thing I remember most about Trevor was his skating,” said Don Mills Flyers president Peter MacInnis. “We used to say he skated like Paul Coffey, feet hardly touched the ice, and he could skate backwards faster than most kids could forward.”

During his minor hockey career, Daley went directly from Bantam to Junior A, skipping the Minor Midget level.

Daley made his NHL debut in 2005 with the Dallas Stars. He has since played over 800 NHL career games.