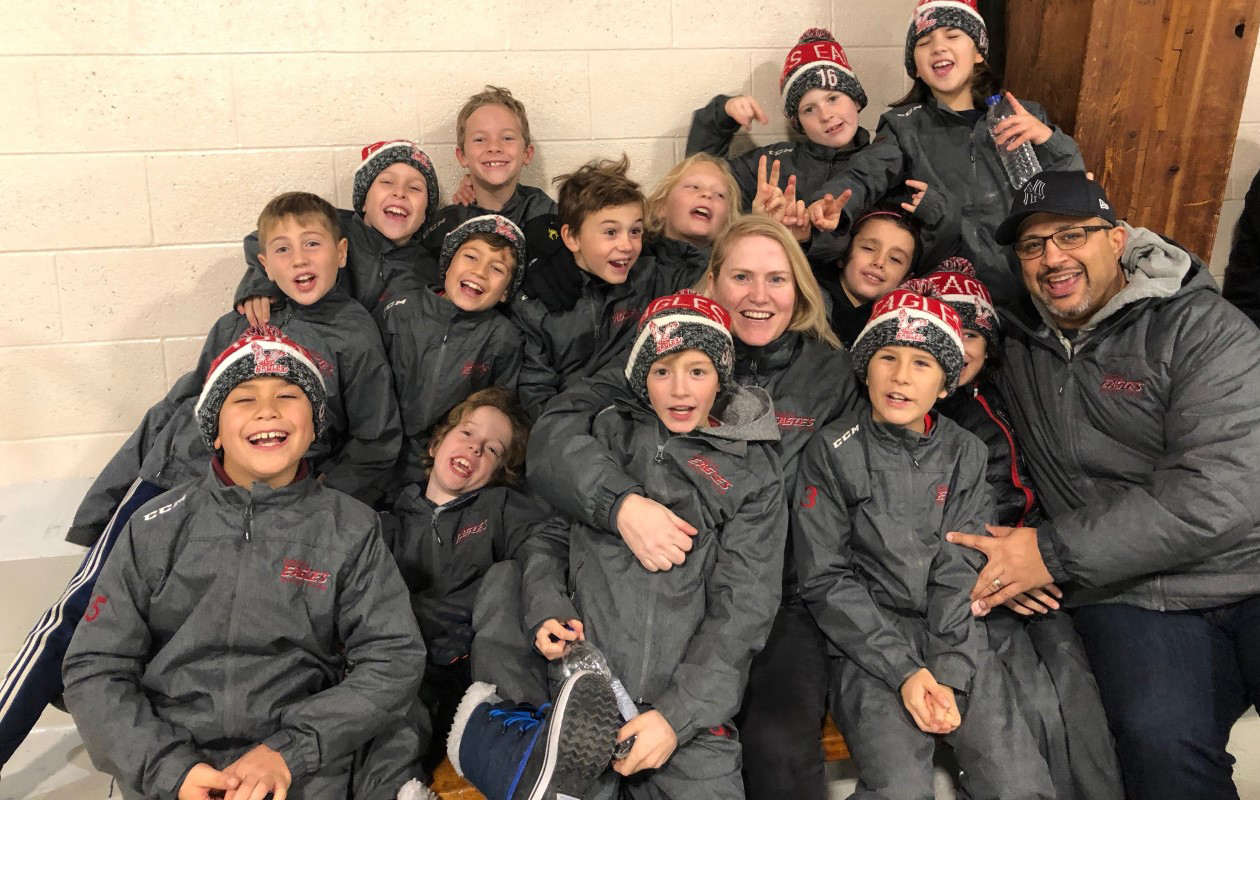 Teams take to the ice at Scarborough Arena Gardens all the time. A rink founded in 1967, now houses public skating, youth shinny, and ice hockey leagues for adults and youth looking to lace up their skates.

From the office overlooking the rink sits Carmen Cummings, President of the Scarborough Young Bruins. Like all other executives, handling the League’s endless to-do list and maintaining the club’s well-being is always the top priority.

Except for Cummings, it’s a sign on the door that separates her office from the rest: Speak to the woman, she knows what she’s doing.

Cummings was one of the first women to be involved in the GTHL – a tenure that began as a coach and eventually evolved into an executive position. Thirty-eight years ago she noticed her son’s coach required assistance and she thought it was a perfect opportunity to put her power-skating teachables to good use.

“When Kevin was playing house league, the coach seemed like he needed support running practices so I offered my help, but they wanted nothing to do with me. It was because being a mom and being a female, it was not natural to be involved in that way. The fundraising and selling cupcakes were all anyone would offer me.”

This just wasn’t right. Off she went to get her National Coach Certification and found a way behind the bench of a house league team. And she brought her purse with her.

After three years, her talent and dedication was noticed by Al Spicer, who offered her the role she holds today.

It was persistence, along with the support of significant people in her life like Spicer and her husband John that allowed Cummings to find stability in her role. She broke barriers and began to find acceptance among other executives and coaches, revolutionizing the way hockey clubs operated in the Greater Toronto Area

Cumming’s friend, Elinor Gillespie, was also a trailblazer. She joined the League in 1981 as a Team Manager, while carting her three boys from rink to rink. When her kids hung up their skates, Gillespie didn’t.

Gillespie, now the General Manager of the Greater Toronto Capitals, has been giving her time unconditionally to the club for almost four decades. But she continues to face many challenges and being accepted is sometimes one.

However, when situations arise, it’s the over-the-phone conversations between Cummings and Gillespie that allow these women to continue powering through. For two women in a male-dominated environment, they will always share common ground and mutual understanding.

Cummings, nicknamed ‘Mother Hockey’ or the ‘Iron Lady’ for always being the one to smooth any issues, captured the George Chamandy Memorial Trophy in 2010 for her long-standing commitment to hockey development in the GTA. The development, however, extends well-beyond the on-ice product.

The landscape has changed since Cummings and Gillespie first entered the League and new doors have opened for more women to take on more impactful roles. Amy Stuart (Minor Atom “A” Toronto Eagles) and Christine Miles (Atom “A” Ted Reeve Thunder) are among the short list of women coaches currently behind GTHL benches.

These coaches take a holistic approach that embodies the importance of remembering minor hockey is not just about crossovers and power-play strategies, but also about making memories and developing children into young adults.

However, the novelty of having a female coach and the constant questioning of their qualifications still remain for the women who continue to slowly sprinkle themselves into the mix.

“I have yet to see another woman in the opposition’s bench but there are some exceedingly capable and qualified women out there who would make great coaches,” explained Stuart, a first-year GTHL coach. “The benefits of being a woman far outweigh any of the push back you feel. All I want is to have whatever I’m doing as a coach reflect my coaching, not my gender.”

Still, all of these women say the same thing: I wish there was more of us.

Looking up from her desk to the hockey game below, there is no place Cummings would rather be. It took a long time for ‘Mother Hockey’ to carve a path for the next group of women to leave their mark on the GTHL, but she says it’s just the beginning.

“We’re accepted. We are here and we are not going to leave. They’ll be more of us coming.”