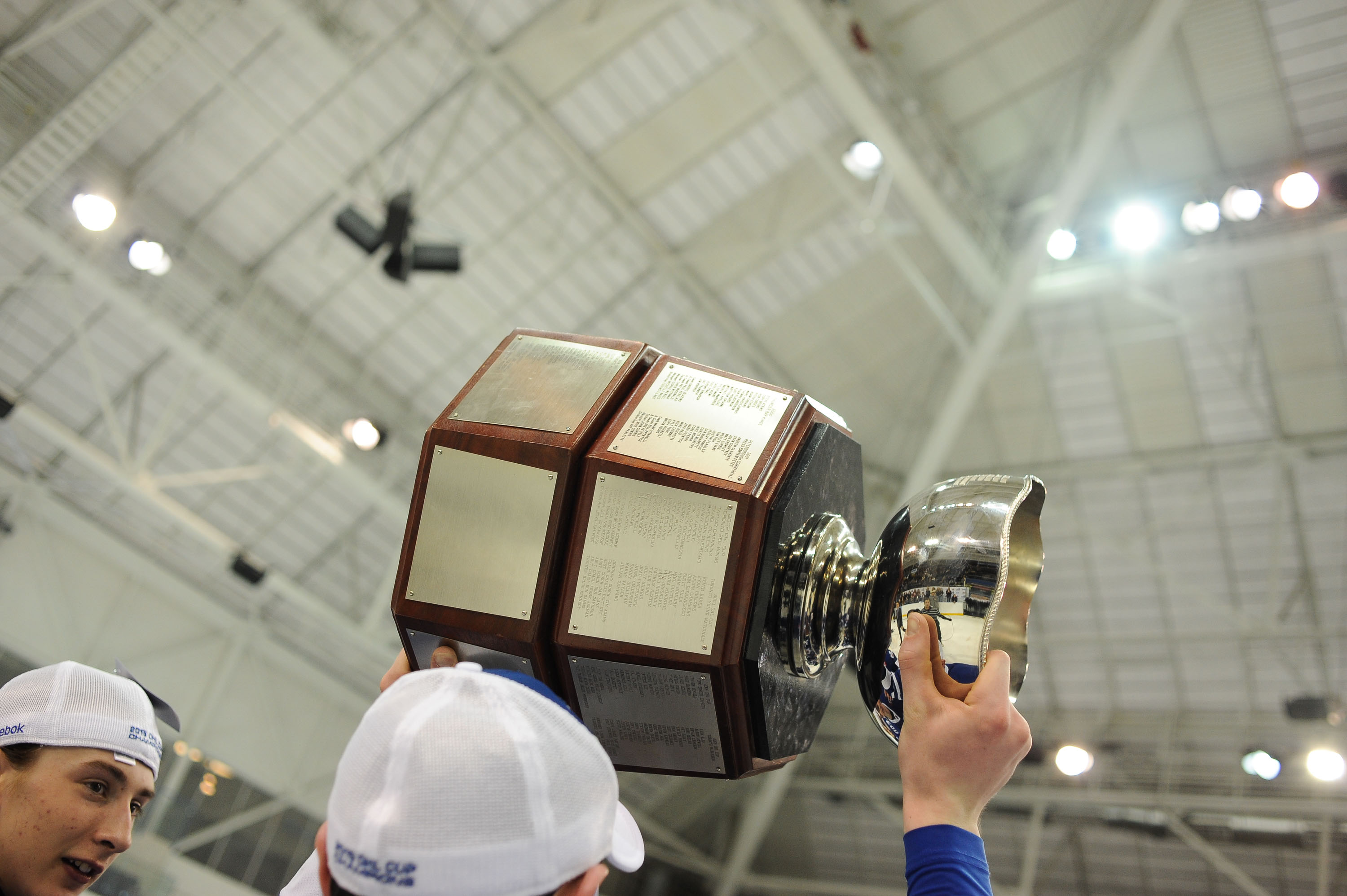 It was a taste of the big time for the next crop of rising stars.

The tournament comes from humble beginnings, though, as the first-ever minor midget showcase was under the lights of Herbert Carnegie Centennial Centre. That was in 2003, when defenceman Marc Staal suited up for the Thunder Bay Kings in an event won by the Toronto Young Nationals on the strength of MVP-calibre goaltender by Jhase Sniderman.

Sniderman went on to play parts of four seasons with the Erie Otters and London Knights, while Staal has patrolled the New York Rangers blue line in the NHL since 2007.

Before that inaugural tournament at the end of the 2002-03 season, the OHL Cup was awarded to the All-Ontario Bantam champions. Changes came when Hockey Canada re-categorized the bantam division to age 14 from age 15.

Gardner wasn’t about to let the opportunity of showcasing the best players disappear because of a categorical change. Alongside OHL commissioner David Branch, they set the foundation of the tournament currently being contested in Toronto.

“It’s not intended to be the destination, but an opportunity for everyone to enjoy the tremendous talents of the players,” said Branch. “This tournament is an illustration that captures the outstanding programs that are in place across Ontario – the coaching, the management of these teams and the commitment of the families, to me is unmatched anywhere else in the world and that’s a feature of the tournament.”

The OHL Cup has grown from 16 to 20 teams since its inception, with teams now qualifying rather than simply being selected. That means a trip to Toronto for March Break has become a season-long goal for clubs from across Ontario and the United States, as the qualification process stretches the entire campaign.

“It’s a tournament of champions in a lot of different ways,” said GTHL executive director Scott Oakman. “It’s a great way to finish off their minor hockey careers because the best-on-best play allows them to demonstrate their skills and abilities leading up to the OHL draft.”

The best-on-best play has garnered more than just an honourable mention from Coach’s Corner star Don Cherry. Cherry’s unrelenting support and promotion of this event helped steer Sportsnet to pick up the 2015 championship game for a national broadcast, something they’ll do again this year.

“You’re going to see some real tight competition,” said Oakman. “The best teams qualify here and we’re hoping the players perform to the best of their abilities because it creates some exciting hockey for any spectators coming to watch.”

The growth of the tournament has the size of its audience grow with it, as hockey fans are looking to watch the next Connor McDavid, John Tavares or Tyler Seguin before they become recognizable household names.

The demand is there and the exposure is following right behind. From weekly broadcasts on local Rogers TV channels to nationally televised championships on Sportsnet One, these talented kids are being primed for show time.

“The experience for these guys at 15 years old is an incredible thing,” Oakman praised. “If you listen to these players in interviews or just by talking to them, it’s awfully impressive to see how articulate they are in terms of being able to conduct themselves under that kind of spotlight.”

Excelling in a spotlight only paves the way for what these players are in for once the OHL draft has run its course. Many of these players will join OHL franchises that are often the cornerstones of the communities that support them, meaning constant exposure will become a significant part of their lives. It’s an opportunity for these boys to challenge themselves off the ice, by using their roles in these communities to make a difference.

“We experience it year in and year out that the people at this age are elite athletes which translates into generally, they’re elite people,” Branch reinforced. “They’re well-grounded, they have great support mechanisms through their own family units, through the organizations they have played with and they have a good understanding of not losing sight of who they are and what this is all about.”

The pressure to perform with the cameras capturing their every move is undoubted, but to translate that pressure into a learning experience is one of the truly spectacular things about youth sports.

“As an elite athlete you have a responsibility to support those less fortunate, to give back, to be leaders in your community and it’s events like this that serve and help develop those understandings and responsibilities,” said Branch. “It goes hand-in-hand, whether they go to the OHL or where their next stop may lead them, it’s all part of helping to build our game and build young people.”

By no means are these teenagers fully marinated – they still need support and guidance as they learn what it takes to succeed as an elite athlete.

The OHL Cup aims to do that, and to help these young men appreciate all the opportunities that lie ahead.