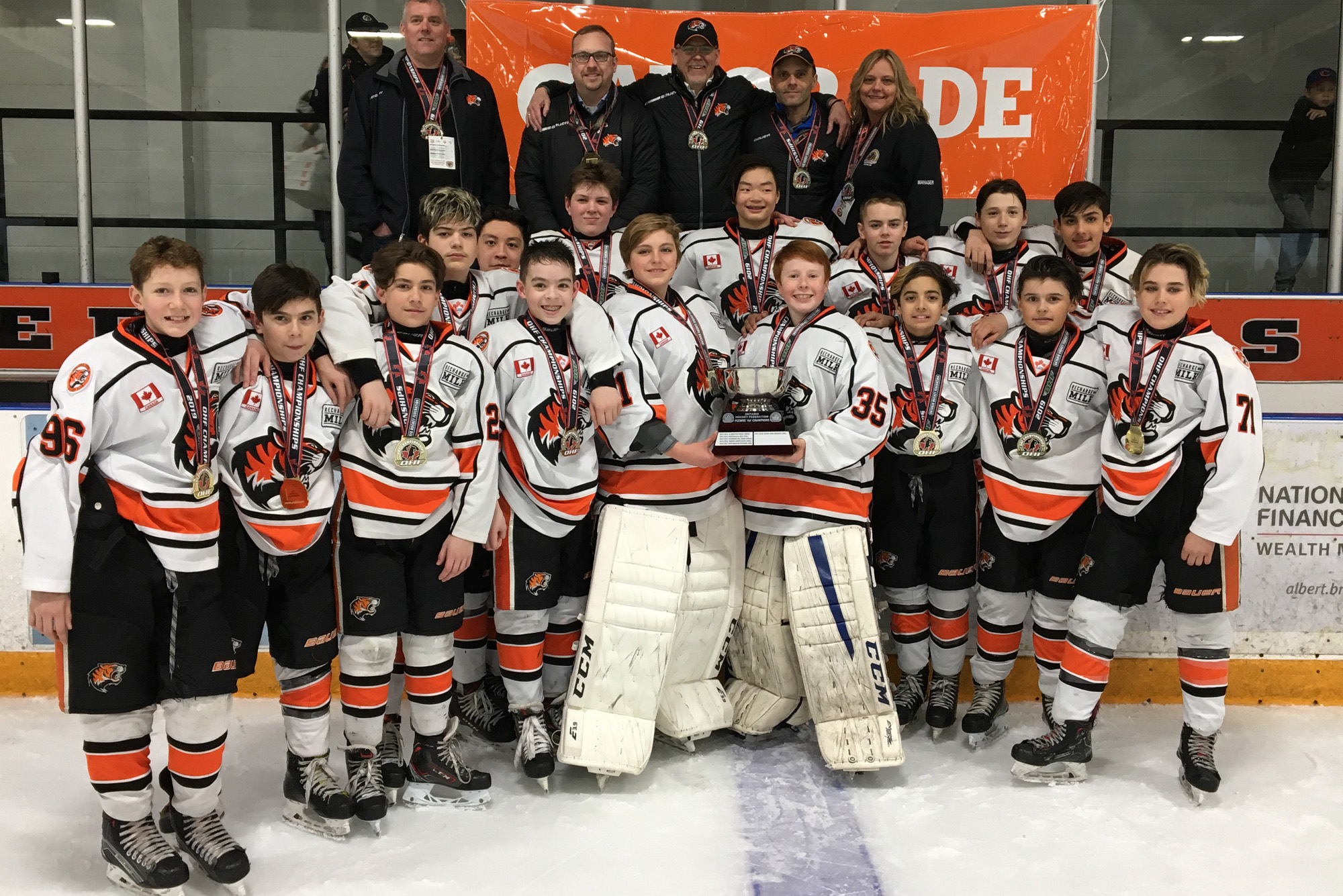 Coach of the Month, Presented by the Coaches Site: Bill MacGregor
March 10, 2020
coach of the month development

Streetsville Tigers Minor Bantam “AA” Head Coach Bill MacGregor can’t take credit for the success of the team in front of him. While his players may think otherwise, MacGregor points to the contributions of many people in helping to make the team successful both on and off the ice.

“He [Bill] should be Coach of the Month because he is very supportive and makes me a better player by encouraging me to take chances,” explained Streetsville Tigers forward Mackenzie Alexander. “He really encourages a team environment.”

The team first attitude is what has contributed to on-ice success for the Tigers team. In addition to winning an OHF title during the 2018-19 season, the team has claimed four Pro Hockey Life Cups in the past five years. They hope to make it to the City Championship again this season for the fourth time in five years.

“Hard work and a team-first philosophy brings out the best in our players’ performance on the ice,” explained MacGregor. “It’s this same attitude toward school and daily life that will set our players apart from many other people in this highly competitive world.”

While most of the Tigers may never choose to play competitively beyond the GTHL, MacGregor is working on teaching them lessons that last well beyond the ice.

“The kids who have played with our teams over the years are going to be hard-working, well-rounded citizens who may choose to play recreational or competitive hockey for the rest of their lives,” said MacGregor. “Some may choose to referee the sport and others may become hockey coaches, but we’re confident that being a Tiger family member has provided players and their families with some amazing memories that will last a lifetime.”

Bill is the Coach of the Month, Presented by the Coaches Site for February. Click here to nominate your coach.