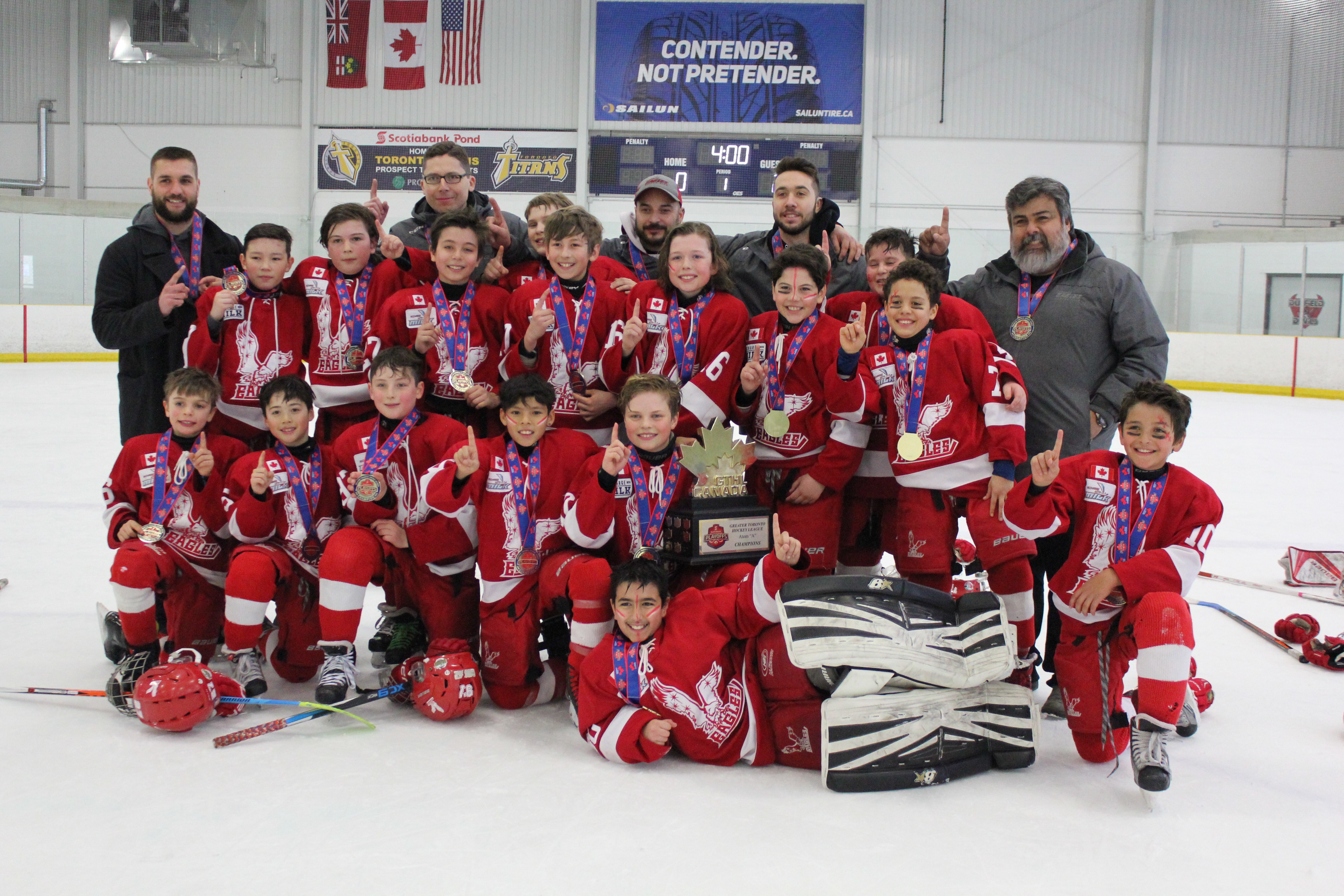 Coach of the Month, Presented by the Coaches Site: José Baldizon
April 10, 2019
coach of the month development

José (top right) pictured with the Atom “A” Toronto Eagles.

A teacher by trade, Toronto Eagles Atom “A” Head Coach José Baldizon‘s favourite lessons to teach are the ones learned through sport.

“About 20 years ago, when I started teaching grade 8, I realized that I could reach certain students more through coaching a school team than by teaching them in class,” explained Baldizon. “It all started with a soccer team, and we somehow won a city title that season. I saw my students gain so much from that experience, things I know would stay with them longer than anything I could teach them in class.”

Now in his sixth season of coaching within the Eagles organization, Baldizon’s lessons taught both on and off the ice have been ones that his players always aim to ace.

“José creates a great team culture where every kid feels like a valuable contributor to the team,” explained parent William Lynch. “He keeps it fun and preaches teamwork but holds individuals accountable for their effort and team play. The kids truly look forward to coming to the rink for games and practices. This has allowed the Eagles to punch above their skill level in results.”

Finishing the season in fourth place, the Atom “A” Eagles soared to new heights in the post-season, defeating the first place West Mall Lightning, followed by a sweep of North Toronto – the top team in the East. The team will now be headed to the OHF Championships on April 12 – an accomplishment many parents feel wouldn’t be possible without José ‘s leadership

“He goes above and beyond to ensure that every player feels and knows how important their role is in the success of the team”, said parent Noah Pacheco. “He takes the time to know each player’s strengths and weakness and speaks to them in a way that brings out the best in his Eagles.”

Through all the praise, José gives all the credit the assistant coaches by his side.

“Without my co-coach Adam Abu-Ali, and our trainer Mike Spadafora, assistant Matt Geary, and also Chris Cipp, our goalie coach,  our season success wouldn’t have been the same. Not even close.”

José has been named Coach of the Month for March. He will be awarded with a prize pack courtesy of the Coaches Site. Click here to nominate your coach now.