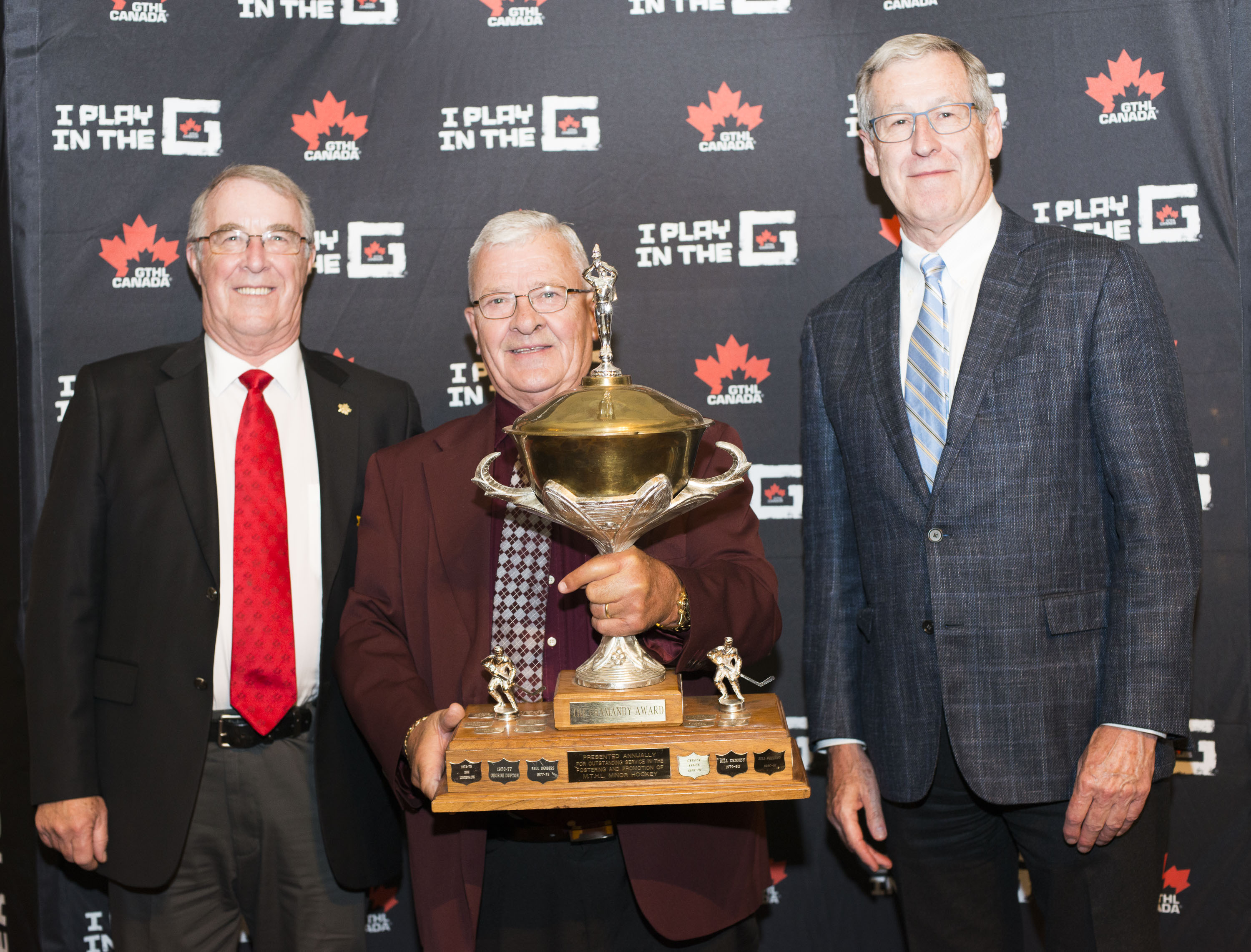 GTHL Awards season is here. To celebrate, we will be profiling each of the award winners individually leading up to the ceremony on June 14.

Toronto Red Wings General Manager Ross Haper had no clue he would be presented with the League’s highest honour until he sat down and opened his program at the 2019 GTHL Awards.

“I never expected such an honour and didn’t know until I sat down at the table,” explained Ross. “It was the greatest moment of my hockey career.”

Harper’s GTHL hockey career spans decades. First starting as a coach with the Humberview Huskies, Harper hopped over to the Toronto Red Wings two years later. In his 38 years with the “AAA” organization, Harper has acted in almost every role imaginable, including coach, equipment manager, and now, General Manager.

“He is the backbone of the Toronto Red Wings and the executive,” explained Red Wings President, Frances Manno. “Coaches and parents depend on Ross for his knowledge and expertise. He is available at every practice and home game to support our teams.”

In his years with the Red Wings, Harper has seen many players come and go through his organization, including many current and former NHL players.

“There’s no one more deserving,” said former NHL goaltender, and current broadcaster, Kevin Weekes. “The Toronto Red Wings are lucky to have him.”

In addition to his duties as General Manager, Harper has assisted with the League’s Midget All-Star Festivities and the League’s Safety and Championship Committees. Ross was presented with the George Chamandy Memorial Trophy at the GTHL Awards on June 14. The trophy is presented to the individual (non-GTHL Executive) who, in the opinion of the GTHL Board of Directors, has contributed a supreme effort to the promotion and fostering of minor hockey in Toronto, Mississauga, Vaughan and/or Markham. This trophy is the highest award presented to any individual by the GTHL.