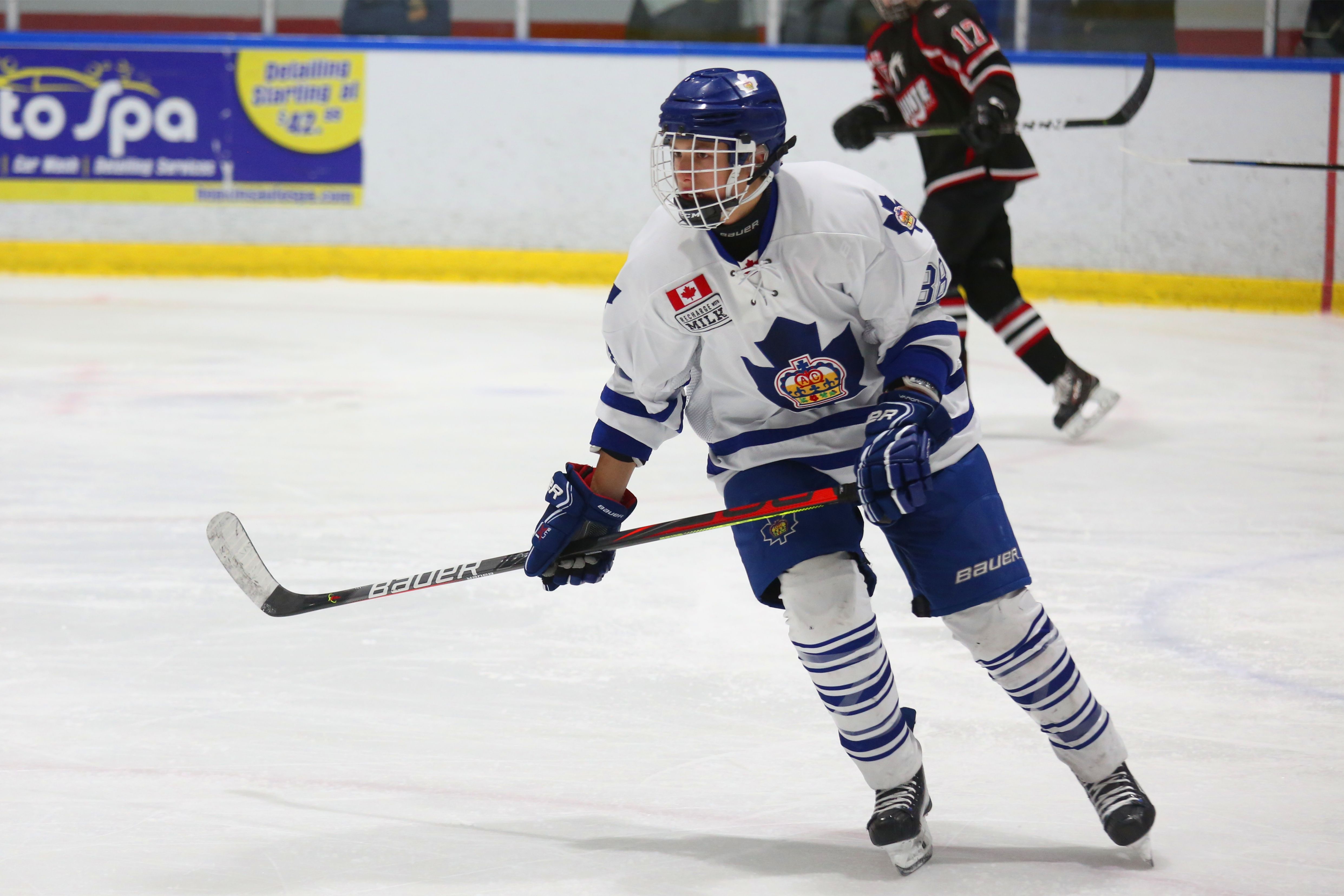 When Kalen Peterson isn’t zipping around the ice and helping his Toronto Marlboros team win championships, he’s busy developing apps and learning all he can about computer programming. Entering grade 11 at Ursula Franklin Academy in Toronto, Kalen has proven to have a relentless work ethic both on and off the ice.

“There aren’t too many 14-year-olds who are as hard-working and motivated as Kalen,” explained geography teacher Shafana Dadhich. “Kalen’s most admirable quality is his determination to succeed.”

Success has come in many forms for Kalen who has aspirations of earning a Masters of Business Administration at Harvard. This past school year, Kalen became well known among his classmates for developing an app focused on the entertainment business that later became available on the Apple app store. His entrepreneurial spirit has also led him to start his own online clothing distribution website. On the ice, Kalen also earns high marks for his can-do attitude.

“He’s very dedicated to his work and is always looking for areas to improve on though individual coaching meetings, video sessions, or asking coaches about systems and positional play,” explained Kalen’s coach Dave Nicoletti. “Kalen has been a first-class team player, constantly encouraging and motivating his teammates.”

Kalen’s team spirit helped lead the Marlboros to a Scotiabank GTHL playoff title during his U15  season – a moment he won’t soon forget.

“It’s my best hockey memory because our team had such great chemistry,” recalls Kalen. “We worked so hard and the championship felt like an amazing accomplishment.”

Kalen’s U16 season with the Marlboros was his seventh in the GTHL. Starting off in “AA” with the Toros, Kalen worked hard and moved up to “AAA” during his U15 season.

For his hard work and impressive list of accomplishments, Kalen has been awarded with the Gord Hughes Minor Midget “AAA” Scholarship Award for 2020. The Award recognizes a Minor Midget “AAA” player who achieves a high standard of excellence academically and in hockey.