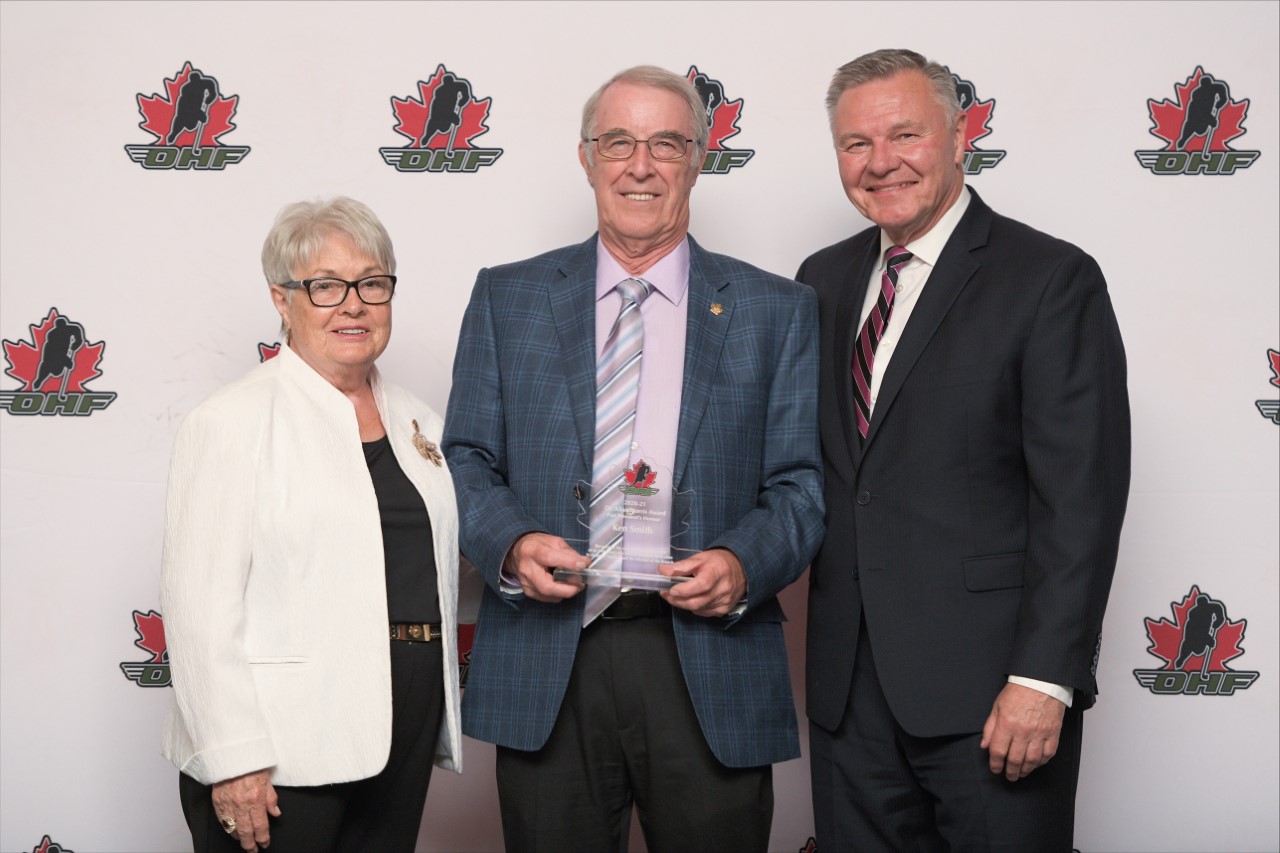 On June 25, the Ontario Hockey Federation held its first OHF Awards Banquet since 2019, recognizing 22 Award winners in-person for the first time in almost three years. The banquet saw winners from the 2019-20, 2020-21 and 2021-22 categories recognized for their years of service on and off the ice.

Greater Toronto Hockey League First Vice President Ken Smith was among those recognized, honoured with the Dr. Allan Morris Award as part of the 2020-21 season recipients.

The Dr. Allan Morris Award is presented to recognize the outstanding achievement of an individual who has exemplified dedication to amateur hockey and the mission of the Branch. Previously known as the Past Presidents’ Honour Award, it was renamed in 2009 in honour of Dr. Allan Morris, who served as Branch President from 1997-2001 and as Hockey Canada’s Chairman of the Board from 2007 until his passing. Dr. Morris had a profound impact on the game not only within the OHF but throughout the country.

Born in Aberdeen, Scotland, Ken moved to England in 1969, joining Bank of Montreal in London in 1971, which is where he met his wife Sandra. They married and had two sons Niall, born in 1976 and Alastair, born in 1978. A job transfer for Ken saw the family move to Canada in October 1983, settling in Mississauga.

Having grown up in the United Kingdom, Ken had no exposure to hockey until relocating to Canada. Not too long after arriving, however, both sons expressed an interest in playing hockey and competed until their late teens at both the house league and ‘A’ levels. Ken’s volunteer involvement in hockey began in 1990 when he became the Team Manager for one of his son’s teams.

Prior to the pandemic at the conclusion of each season, the OHF hosts its annual Awards Banquet to recognize individuals’ outstanding contributions to the game. While it was apparent through recipients messaging that each individual hadn’t entered into volunteering in and supporting the branch for the recognition that comes along with doing their job so well, the OHF would not be able to provide the game of hockey to its 250,000 members without their tireless support and effort.

To view all of the recipients recognized, visit OHF.on.ca here.