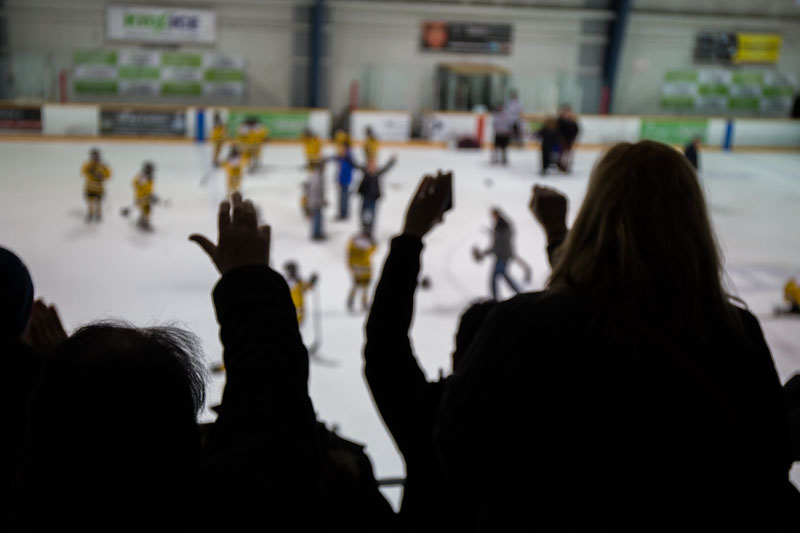 Hockey moms, pitbulls and lipstick
May 9, 2016
by
Karen Gordon
Breakout Magazine From the Stands

Karen Gordon has been a hockey mom and volunteer in the GTHL for 11 years. Her son Ben Bangs, plays forward on the North Toronto Minor Midget AA team.

Share your views on the state of our game in future editions of Breakout magazine. Email your thoughts to bcrossman@gthlcanada.com.

When Sarah Palin was running for President of the United States she famously said that the only difference between a hockey mom and a pitbull was the lipstick. Pitbulls are banned in Ontario and some days you’d hope the same of particular hockey parents.

The GTHL, the largest minor hockey league in the world, has so much to be proud of – not the least of which is the role that they play in helping us develop our daughters and sons into strong young people with a sense of team. Alumni like John Tavares, Dougie Hamilton and P.K. Subban, show us not only how the game is played, but how it is played with a keen sense of community.

For those parents whose sons and daughters are among the 99.999% of minor hockey players who will never see the lights of an NHL game, or be on an Olympic podium,   having a child on a minor hockey team brings intensity and commitment like never before. There are early morning practices, training and equipment costs, camps to attend and countless hours spent taking shots on net in the driveway to ensure our kids are fully prepared for that next game.

Naturally, this has an effect on us as parents. We all dream of one day watching our kid play ice hockey in the Olympics, but if we’re being honest, we know the odds are stacked against them. Based on some behaviour in the stands, though, you’d think some kids are on a direct path to becoming that one player the Leafs need to finally win a Stanley Cup. 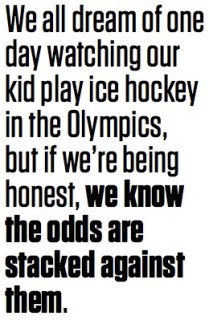 Armchair psychologists often cite the NHL dreams most parents have as the reason for their bad behaviour. But I think the link between the two is far less calculated and selfish. Most of us parents don’t behave like hockey hooligans because we think we’re our kid’s future agent; we behave badly because we’re already their parent.

Simply put, parenting is a roller coaster, and having your child play sports, no matter the type, level or skill, can sometimes feel like you’re plummeting down the last drop of the Leviathan.

It’s always agonizing to watch your child suffer, but even worse to do it under the high-pressure lights of the local rink, where you can literally smell your kid’s disappointment. Youth hockey is, in most cases, the first time we’ve watched our kids work hard at something they genuinely care about. It’s only natural to want to protect them from the ultimate realization that in sports, only half of the teams can be winners on any given night.

The competitive and parental instincts are etched into our DNA, and as much as we might resolve to do better, the excitement of the game will somehow take hold of us – that’s why we love hockey. But it’s worth keeping in mind that whatever disappointments our kids suffer in the game is probably good for them in the long term.

The toughness we want hockey to instill in our kids is not only physical, but mental too, and that’s not as simple as scoring a goal to tie the game with a minute to go. The reason we need to back off as parents is the same reason we put them through countless one-on-one drills: because, at some point, they need to know what to do on a breakaway.