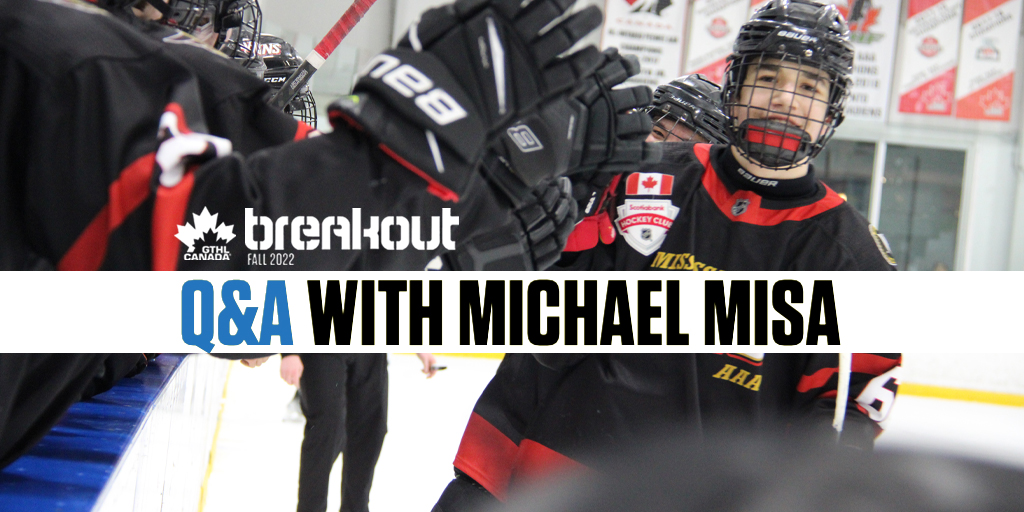 Get to know Michael Misa, the first overall pick in the 2022 Ontario Hockey League Priority Selection. Misa, a 2022 OHL Cup Champion and tournament MVP, was selected by the Saginaw Spirit as the sixth player in OHL history to be granted exceptional status by Hockey Canada.

To start the 2022-23 campaign, Misa is currently tied for the OHL’s lead in goals with eight, and sits fifth in overall scoring with 14 points (as of October 26).

WHAT YOU’RE MOST EXCITED FOR THIS SEASON: To get started with a new team

ADVICE YOU WOULD GIVE YOUNGER PLAYERS IN THE GAME: Don’t get too high with the highs, and don’t get too low with the lows.

WHAT YOU WISH MORE PEOPLE KNEW ABOUT PLAYING IN THE GTHL: I played for the Mississauga Senators my whole life.

DESCRIBE BEING SELECTED FIRST OVERALL IN THE 2022 OHL PRIORITY SELECTION: It was a dream come true and a huge honour.

Click here to check out more from the 2022 Fall Breakout Magazine!