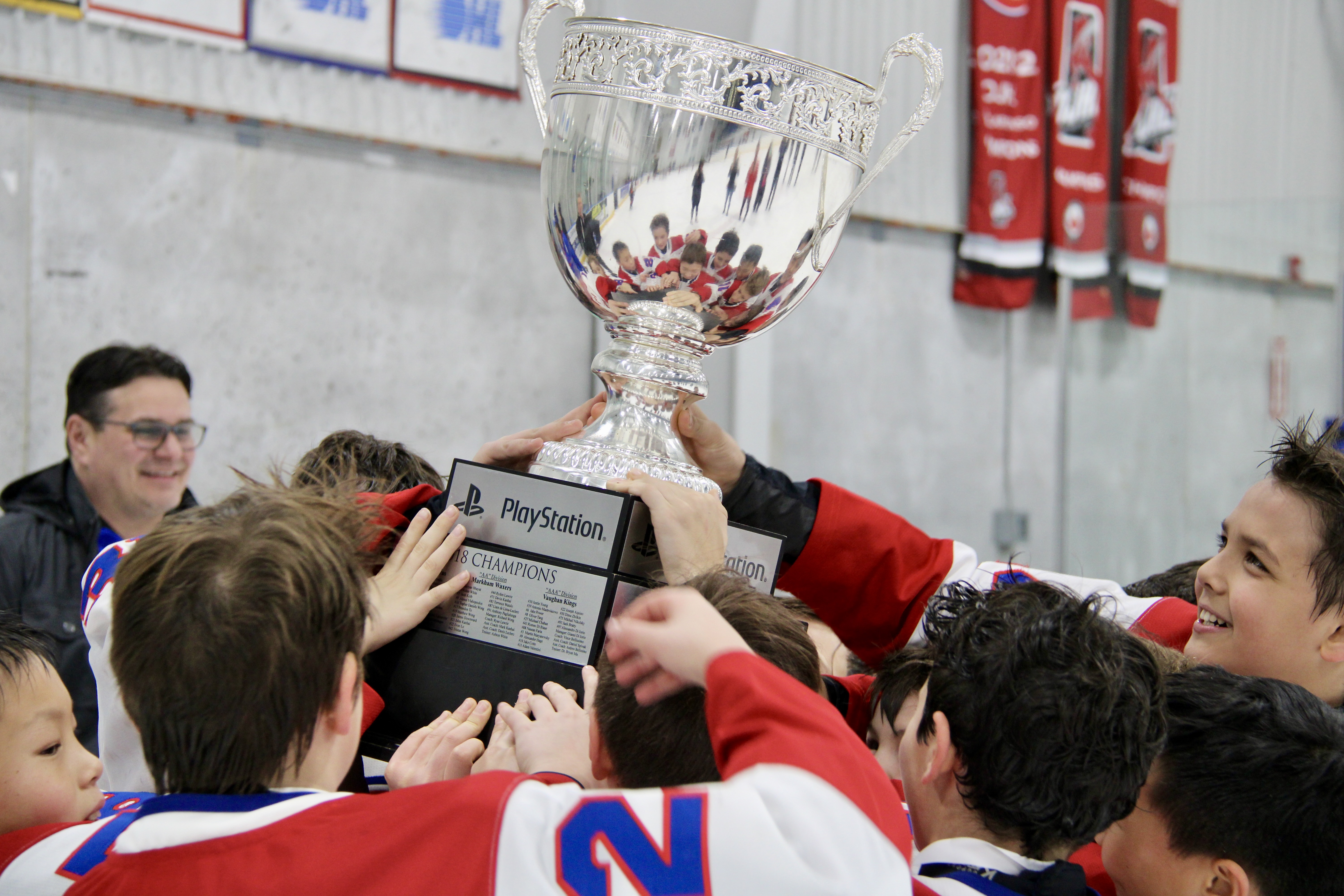 On November 25 to 27, the PlayStation Platinum Cup powered by the Toronto Maple Leafs and the Greater Toronto Hockey League hosted 21 teams across three Under-11 Divisions: U11 A, U11 AA, and U11 AAA. The tournament, held at Scotiabank Pond, welcomed many special guests including former Maple Leafs Nik Antropov, Wendel Clark, Doug Gilmour, Gary Leeman, and Rick Viave.

The tournament also included a Silent Auction featuring various items from across Maple Leafs Sports & Entertainment teams, with the proceeds going to the ALS Society of Canada. As the auction concluded, the feel-good moment of the weekend was produced when Viave called Darryl Sittler to share the donation being made just days after the hockey world said goodbye to Borje Salming following his battle with ALS.

Your ✨feel good✨ moment of the 2022 #PlayStationPlatinumCup: Former @MapleLeafs captain Rick Vaive called Darry Sittler to share that all proceeds from the tournament auction will go to @ALSCanada.

The GTHL congratulates all 2022 PlayStation Platinum Cup medalists, as well as all participants on a great weekend of competition and fun.

To view all the G Gallery from the 2022 PlayStation Platinum Cup, click here.