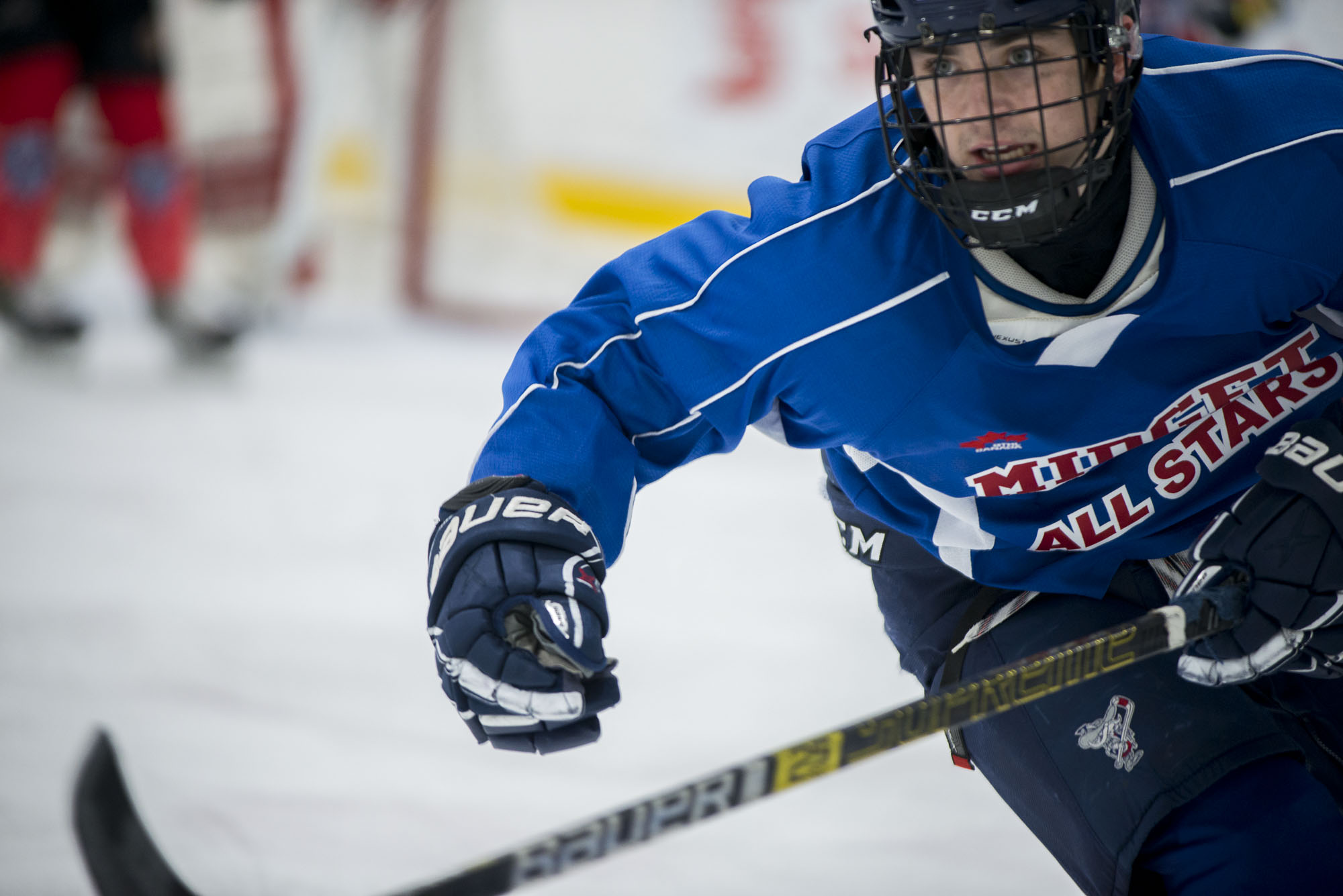 Luca Rea tested the all-star event waters last season by participating in the 2018 GTHL Top Prospects Game, Powered by Under Armour as a member of the North York Rangers. His on-ice performance during the first half of 2019 with the Midget-age Rangers once again caught the eye of onlookers, earning him a spot on the 2019 Midget “AAA” All-Star Game roster.

“There were a lot of people last year but this year almost matched it, was amazing,” said Rea, who put up four points on the night, earning himself MVP honours for Team Blue.

Rea was among 42 Midget “AAA” players scattered across the two squads at the 19th annual Midget “AAA” All-Star Game, and was one of seven players participating who were drafted at the 2019 OHL Priority Selection in April.

The second would see more dominance from Team Red, who dressed players from the second place Toronto Titans and third place Toronto Red Wings. Peter Copetti would score back-to-back goals on his way to MVP honours, while Brandon Kakei notched an unassisted goal to put  Team Red up 6-2 heading into the second.

A third period comeback by Team Blue fell short as Team Red netted two more in the third frame for a final score of 8-4.

“It’s really just an honour to be selected for this game,” said Team Red MVP and Vaughan Kings leading scorer, Peter Copetti. “With the combination of 2002 and 2003-born players, it really brings some weight and is more physical and competitive loop.”

The Midget “A” and “AA” All-Star Games will take place on Saturday, January 11, 2020 at Scotiabank Pond.