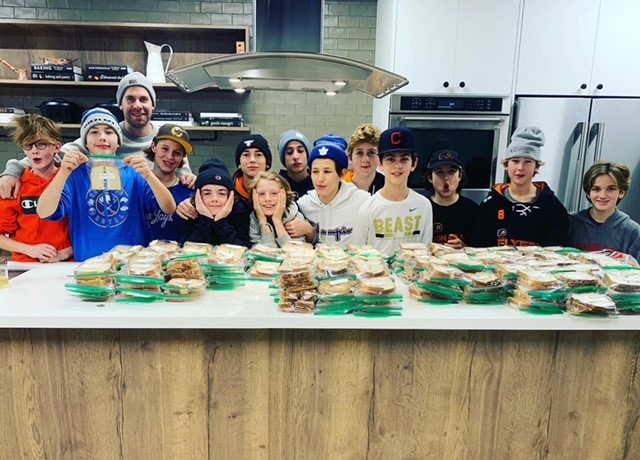 This past Giving Tuesday on November 29, the Under-13 Don Mills Flyers put their teamwork for a different kind of goal – off the ice.

In the same amount of time it takes to play three periods, the players assembled 257 sandwiches for Club Sandwich – an organization that distributed homemade sandwiches to nine east end missions serving the homeless and food insecure. The team event was generously hosted by the Beaches Sandbox.

Giving Tuesday is the world’s largest generosity movement – whether it’s making someone smile, helping a stranger, or giving to those who need our help, every act of generosity counts, and everyone has something to give.

Giving Tuesday was created in 2012 – and later founded in 2013 in Canada – as a simple idea: a day that encourages people to do good. The idea caught on, and has grown around the world, inspiring hundreds of millions of people to give, collaborate, and celebrate generosity. Giving Tuesday has active movements in more than 80 countries, working year-round to inspire generosity around the world, with a common mission to create a world where giving is part of everyday life.