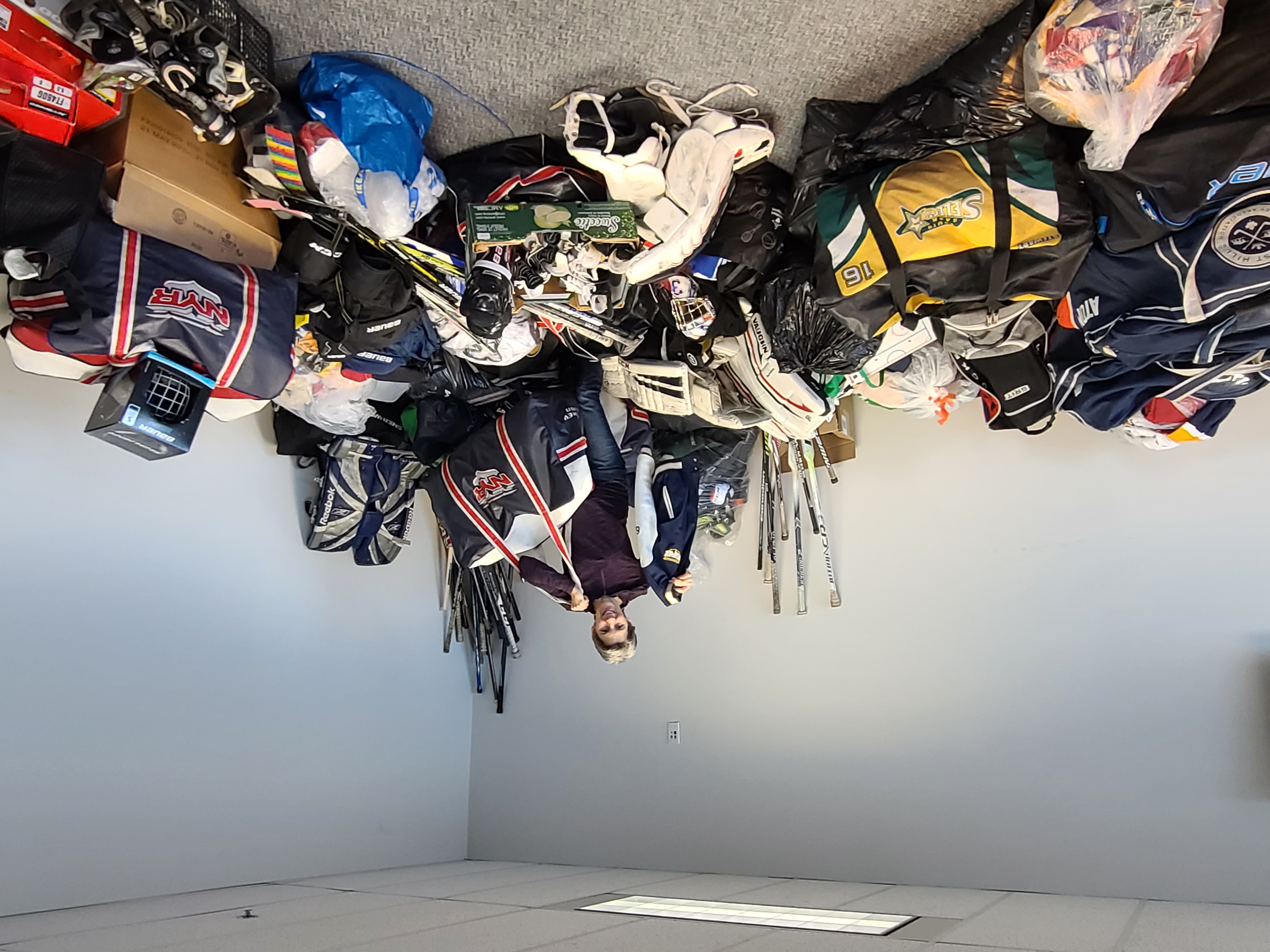 U16 A Goulding Park Rangers lead way with equipment drive in support of Toys for the North program
November 29, 2022
GTHL Community

The Under-16 ‘A’ Goulding Park Rangers, led by Head Coach Mia Poscente, organized a jersey and equipment drive in support of the Toys for the North program, collecting a total of 29 hockey bags. The bags included four complete goalie sets and 24 complete player sets, with many other items donated in addition.

Ahead of the November 19-20 weekend, the Rangers got the word out about the drive, sharing: “We have all done it – we kept our kids’ old jerseys for the day they make the NHL, or we make a jersey quilt, only to eventually realize they are taking up space and need to be cleared out. So, we pack them up and cart them off to charity, where they sit on a rack as one-off jerseys. Could we do better?”

The Rangers and the surrounding community did do better as they worked to collect and donate complete equipment sets, including a jersey, to northern communities that face more expensive and often inaccessible paths to hockey.

Ahead of the drive, the organization partnered with the Toys for the North program, directly connecting the drive to communities in Nunavut and the Northwest Territories.

“Think about the smile on a kid’s face when they open that bag and feel like they are a [competitive] hockey player,” Poscente went on to say in the jersey and equipment drive letter.