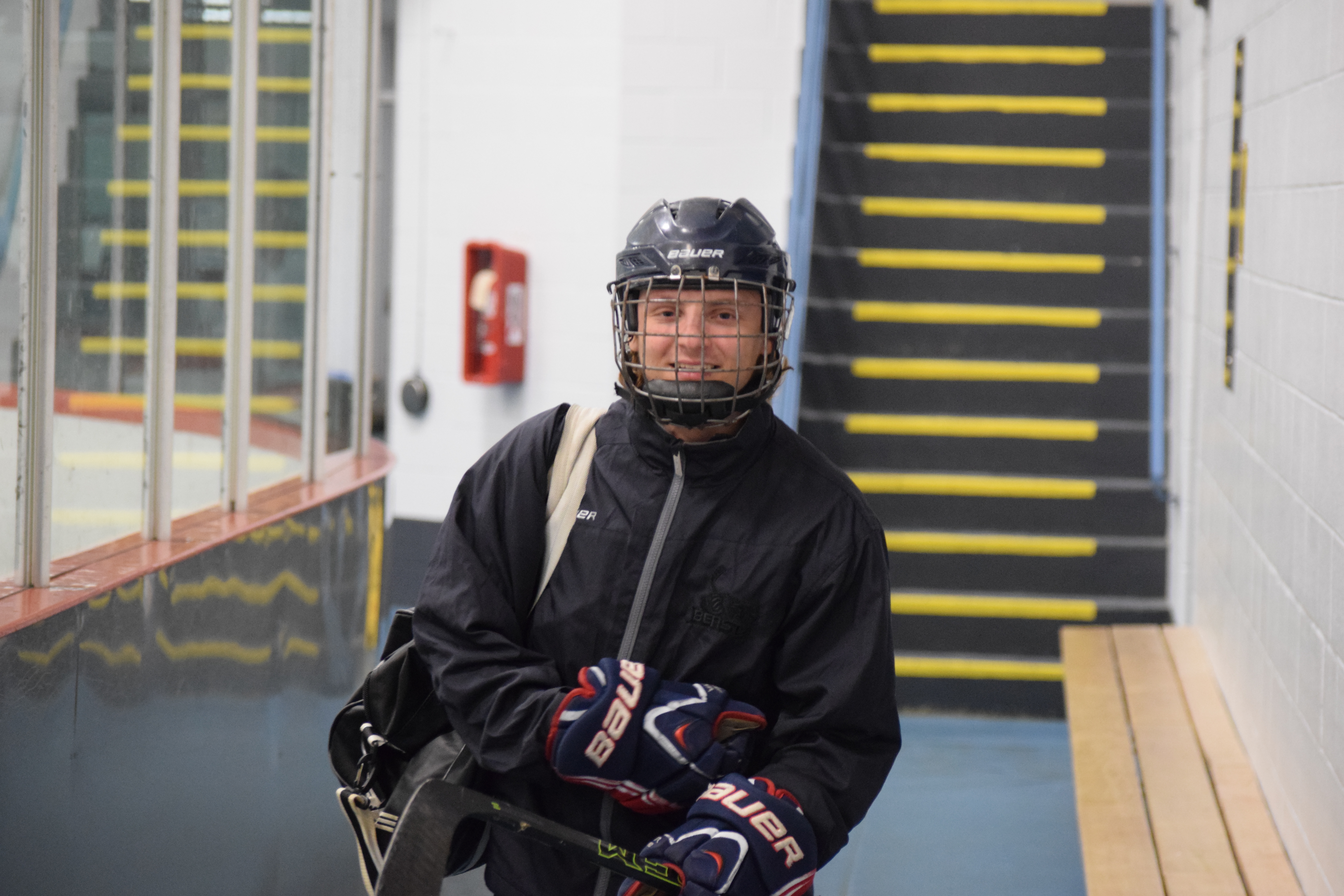 When it Comes to Coaching, Age is Just a Number
November 6, 2019
by
Nicholas Carafa
Breakout Magazine

99. 87. 8. 97. 34. The relationship numbers have with our game is crucial. They identify our favourite players, represent records that seem to hold the test of time and even bestow bragging rights amongst a bunch of buddies.

Even in our lives, we see them all the time. You want to get your driver’s license? 16. Driving along Sheppard Ave. West en route to Scotiabank Pond? 60 km/h. Going faster than 60 km/h? That’s going to be a ticket and another number that doesn’t bring any happiness whatsoever.
These numbers also often correlate with an individual’s life experience. Nowhere is this more evident than with the decades of knowledge we see of the coaches and mentors behind the bench around hockey. That is, until recently. The GTHL has begun to see a downward trend when it comes to the age of the coaches around the league. So is age really only a number?

“My age allows me to relate to the players a little easier than my other coaches can. That’s my biggest asset,” said Graydon Farwell, an 18-year-old coach with the Bantam AA Mississauga North Stars. “I’m less intimidating to talk to because I’ve recently experienced all of the things they’re going through on and off the ice, while also bringing a more modern view of the game that considers how this generation approaches an ever-changing game.”

It’s that approach that ties a common thread between Farwell and his up-and coming peers that take pride in attacking the game from behind the bench. Well that, and still being in their teens.

Andrew Scarlato (17 years old, Midget AA Humberview Huskies) and Ryan Greco-Giammarco (18 years old, Midget Jr. AA Mississauga Beast) have also chosen to adopt a mentorship role at the rink. Scarlato, however, did so in order to stay involved with the game he loves when he could no longer remain competitive.

“I was born with congenital scoliosis and I had spinal surgery in June 2017 to correct the curvature and was no longer able to play contact sports, said Scarlato. “I wanted to continue to be around hockey because it’s so much more than just a game to me. So after I recovered from my surgery I decided to get my coaching certificate.”

For Farwell, the strategy and the competitive nature within coaching simply fuelled a passion he already knew he could pursue.

“I was hesitant at first because I enjoyed playing a lot, but I felt coaching would be a great opportunity for me,” added Farwell. “I had always enjoyed the behind the scenes aspects of hockey like scouting, game planning and teaching. It was the perfect situation to get my foot in the door and learn from more experienced hockey minds.”

For Greco-Giammarco, the newfound responsibility was a chance to follow in his father’s footsteps by teaching his players through reasoning and explanation rather than just by barking out orders. This fresh approach to helping young players understand how certain practices will help improve their skill set is what differentiates this young trio from their predecessors.

“It’s satisfying to watch the team excel after all the effort the players and coaches have put in,” said Scarlato. “As a coach, I’m no longer the one scoring goals, but I’m happy to have a positive impact on the team in a different way.”

“The coach has a huge impact on how the season goes,” added Farwell. “Most teams are together 4-5 times a week. They can leave a
big imprint. When I played, I always had my own scouting report on teams and certain players. Now that I’m the coach, I use that approach to help the team gain a strategic advantage on the ice.”

While it may seem intimidating to find oneself in this line of work at such a young age, this new generation of coaches are showing that they are up to the task. With fresh ideas and innovative coaching styles they are proving that for some coaches, age is really only a number.