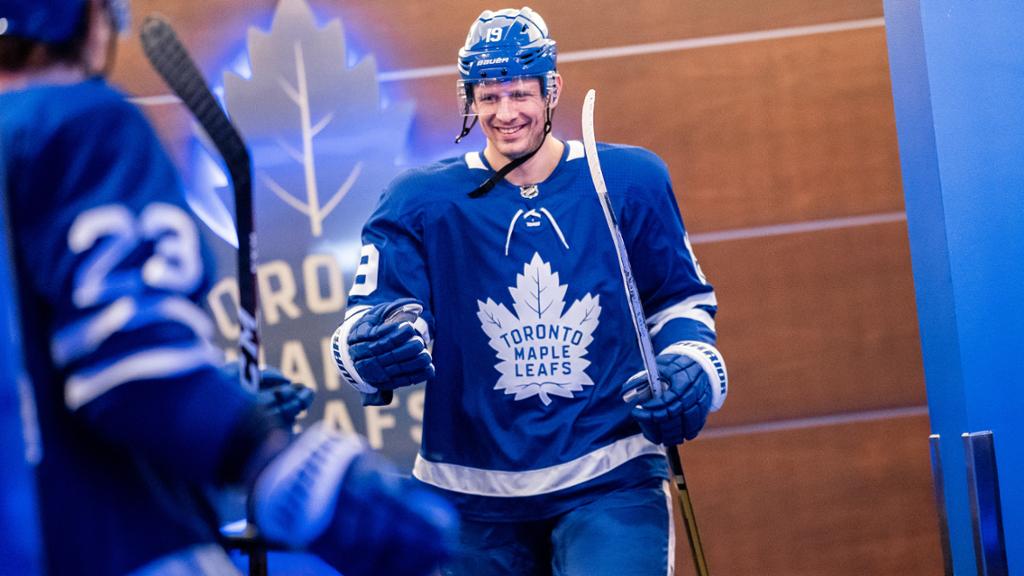 Extraordinary. Momentous. Historic. Those are just a few words one could use to describe Jason Spezza’s career to date.

The GTHL graduate is part of an elite club of underage players to make the jump to the Ontario Hockey League at 15-years-old. He joined only Wayne Gretzky and Eric Lindros making his IIHF World Junior Championship debut at the age of 16 and in 2001 was the Canadian Hockey League top prospect before being selected with the No. 2 pick by the Ottawa Senators. During the 2005-06 campaign, he notched a Senators franchise record with 71 assists and became only the second player in NHL history to score his 700th career point in his 700th career game in 2014.

And while that’s just scratching the surface for the Mississauga, Ontario native, it all goes back to simply just falling in love with the game.

“My dad got me started in hockey,” Spezza recalled. “My first organization was [West Mall Minor Hockey Association], I was like three years old… and then just fell in love with the game from there.”

The former Toronto Marlboro remembers tournaments, mini-sticks, and the chance to play more than one game in a day at the height of minor hockey. The significant life lessons found in the game are a standout, too, for the now 38-year-old.

“Hockey instills work ethic which carries over to life, discipline, and I think there’s a lot of sacrifice that has to be made as a teenager to try to have success at a sport and you learn the value system that way,” Spezza explained. “And teamwork and being in a dressing room with all different personalities – I think that’s something that translates well into life, just being able to work with different people from different walks of life.”

At the same time, the game also taught Spezza how to push through a period where some may have felt pressure and, instead, turn it into fun.

“I was just having a ton of fun playing – it was a really fun time to be a kid and to be a player,” he recalled of his Under-15 season with the Marlboros, where he would register 114 points in 54 games played. “My father coached me most of my minor hockey career and we kept the same team together [but] that year, I told my dad that I didn’t want to play for him anymore. I wanted to move up and play with the kids a year older so I could spread my wings a little bit and show people that I could contribute even with the older club.”

Spezza continued to spread his wings early with clear sights set on transitioning from minor hockey to the major junior level ahead of schedule – a goal that even Rino Spezza, Jason’s father, thought was lofty.

“I remember my dad thought I was crazy when I told him I wanted to play in the OHL as a 15-year-old,” Spezza said, adding that entering his first camp in Brampton alongside 19-and 20-year-olds with beards didn’t help. “But I handled myself well. I was very determined and committed to playing hockey and I think that helped the comfort level, but I think as a parent, when I talk to them now, there was a little reluctance on his part if he was doing the right thing by letting me play.”

For hockey parents now, the message is fairly simple for the NHL veteran.

“I think the biggest thing parents need to realize is the kid has to love the game and the kid needs to push himself. I think it’s important to let kids be kids, especially at an early age,” Spezza offered, adding that focus on hockey does amplify in later years, however, in early development ages, it’s important to play different sports, to just be a kid, and to play for the love of the game. “A common question I always get asked is which hockey schools and what drills did you do – I did spend a lot of time [at SK8ON Hockey School], but I also played hours and hours of road hockey so that unstructured play time is something that gets lost a little bit with parents now.”

“I would spend four, five hours a day in my basement, shooting pucks and working on things,” he continued. “That’s where I think the real creativity comes from.”

Now, reflecting inward after 19 seasons in the NHL, Spezza is most proud of his longevity and ability to adapt over the years. A leader in three dressing rooms as former Senators captain, donning an A‘ ’ on his jersey with the Dallas Stars, and currently the standout veteran on the Leafs, being leaned on for advice isn’t unusual for No. 19 in blue and white.

Advice for his younger self, however, returns to the foundation of his success.

“Just keep enjoying the game – there’s ups and downs and highs and lows, just stick with it,” Spezza reflected. “Hockey’s given me everything I have in life. It’s allowed me to have a great family and be stable, and give back to my communities that I’ve played and lived in. So, just how to stick with it and enjoy it because it’s a great ride.”

Watch the GTHL’s full interview with Jason Spezza on YouTube: