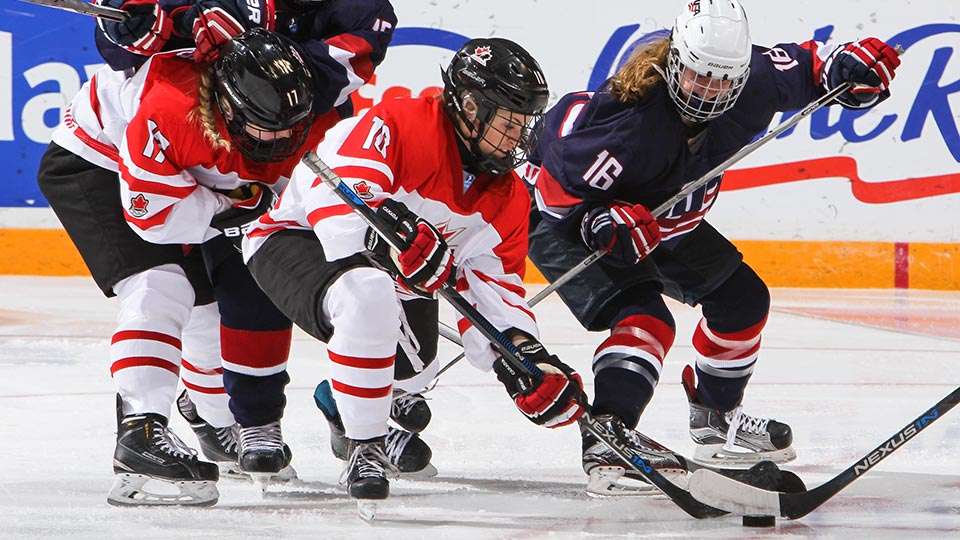 Hockey Canada has announced their final rosters for both the National Women’s Development Team and the National Women’s Under-18 Team. Three GTHL alumni across the two squads are set to take to the ice in a pair of three-game series’ against the U.S. at the Markin MacPhail Centre in Calgary.

From Aug. 18-20, Canada’s National Women’s Development Team will take to the ice in Calgary to take on the U.S. One of three goaltenders chosen for the squad is Duffield Devils alumni Stephanie Neatby. Committed to Princeton University for 2016, Neatby played for the Devils AA squad until her Bantam year. Alongside her former league mate, Neatby was also a part of the U18 silver medal winning team in St.Catherine’s.